Mark Hamill and two others appear uncertain about the movie's future. 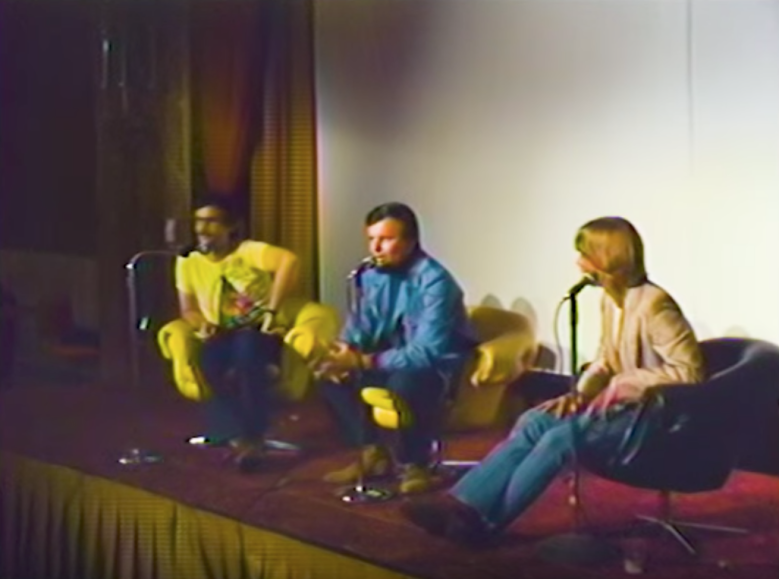 Though it’s synonymous with blockbusters now, “Star Wars” was far from a guaranteed success. Anyone who’s ever doubted that would do well to avail themselves of a half-hour Q&A session about “Star Wars” between Mark Hamill, producer Gary Kurtz, and marketing director Charles Lippincott held six months before George Lucas’ space opera changed movies forever. Watch the full conversation below.

It took place at MidAmeriCon, the 34th World Science Fiction Convention, which was held in Kansas City in 1976. Among the topics of discussion: the idea of model-makers and other special-effects technicians going the way of the dodo — there wasn’t much work for them at the time, says Kurtz, and so some of them “may get out and become encyclopedia salesman.” Suffice to say they were wrong about which career ended up lasting much longer, which “Star Wars” obviously had a huge part in.

More than 40 years later, the franchise continues with this year’s “The Last Jedi” and the upcoming Han Solo/Obi-Wan spinoffs.

This Article is related to: Film and tagged Mark Hamill, Star Wars