David Gordon Green returns to the well-made dramas that marked his early career, bolstered by sterling performances from his stars. 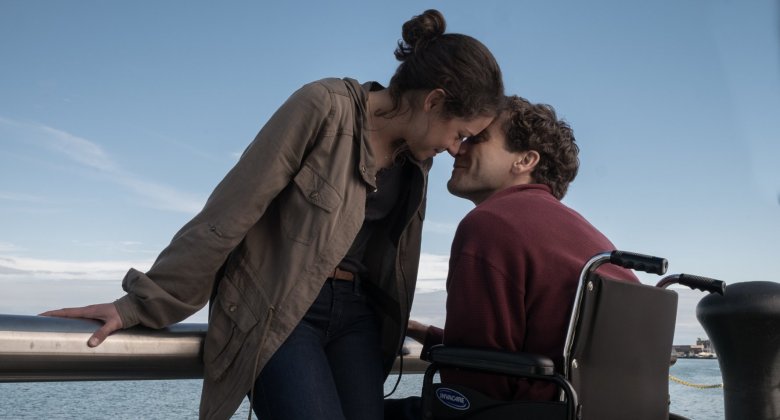 For fans of David Gordon Green’s more dramatic leanings — think his earlier films like “George Washington” and “All the Real Girls,” less the “Your Highness” and “The Sitter” years — his fact-based “Stronger” offers not precisely a return to form, but a return to his ability to find great meaning in world-weary emotions. His most grounded film yet and his first attempt to dramatizing a true story, “Stronger” takes an unvarnished tone to the kind of heartstring-pulling biopic that other directors might simply play for emotional fireworks, turning in a far more nuanced and satisfying experience in the process. Bolstered by sterling turns from stars Jake Gyllenhaal, Tatiana Maslany, and Miranda Richardson, the film is a showcase for what Green has always been able to do so well, and what his actors continue to excel at.

Based on the autobiography of Boston Marathon bombing survivor Jeff Bauman (penned alongside author Bret Witter, and with a script by screenwriter John Pollano), “Stronger” sensitively takes on the story of a very unlikely hero, upending the sort of readymade narrative of a person pushed to extreme ends coming out better on the other side, instead opting for a raw story wrapped up in still more riveting performances. Green and company don’t go for the cheap shots, and Gyllenhaal is never afraid of showing Jeff’s more “unlikable” sides, the stuff free of heroics, the kind of thing that finds the human in the supposed hero.

Gyllenhaal portrays Jeff as something of a lovable fuck-up — we first meet him during a seemingly normal workday at Costo, one in which he completely biffs a minor task and still manages to get away with it, all hangdog charm — who is already grappling with the weight of being less-than. A born and bred Bostonian, Jeff’s off-time obsessions include ritualistic viewings of his beloved Red Sox, hanging with his hellraising family (including a staggering Richardson as his mother Patty), and trying to get back into the good graces of his ex-girlfriend Erin (Maslany).

It’s that last obsession that results in Jeff’s decision to stand on the sidelines of the 2013 Boston Marathon, eager to show the running Erin that he can do the one thing she thinks he’s incapable of: show up for someone else. Before she can even pass him by, the bomb that ultimately destroyed both of Jeff’s legs goes off, and his life is forever altered. Bauman’s story certainly seems like the kind well-suited for the paint-by-numbers biopic that aims to hit beats rather than to find genuine truth, aided by elements that seem all but written for the screen, from his relationship with Erin to his helping the FBI in finding the bombers. In short, it would be simple to make this a simple biopic.

At some point in the last dozen or so years, Gyllenhaal became the finest working actor of his age — full stop — and “Stronger” finds him working in yet another gear, one that finds the shades in both Bauman as a public figure and the greater implications of what it means to elevate someone to such a status.

“Stronger” is not a film about Jeff coming to terms with his new body or learning how to walk again, but instead dealing with great personal pain while also struggling with the demands of a notoriety he never asked for. It’s a film about heroes and what we require from them, and why that often leads to wounds that may never heal. For Gyllenhaal, that amounts to a riveting and raw performance that never hits a false note. “Stronger” is a respectful and worthy tribute to Bauman, but it’s also an honest depiction of a devastating event and its ever-evolving after-effects.

While “Stronger” finds most of its drama in Jeff’s struggles, it uses his fraught romance with Erin as its heart, with both Gyllenhaal and Maslany digging into the pair and their bond with equal parts affection and friction. Green may end the film on its most traditional notes, but Gyllenhaal and Maslany don’t give in to more expected narrative beats, pushing for veracity and empathy to the very last word. The film is stronger for it.

“Stronger” premiered at the 2017 Toronto International Film Festival. It will arrive in theaters on September 22.

This Article is related to: Film and tagged Jake Gyllenhaal, Reviews, Stronger, TIFF