The pair spark In an overly complex multi-pronged drama, but the rest of the film washes out all around them. 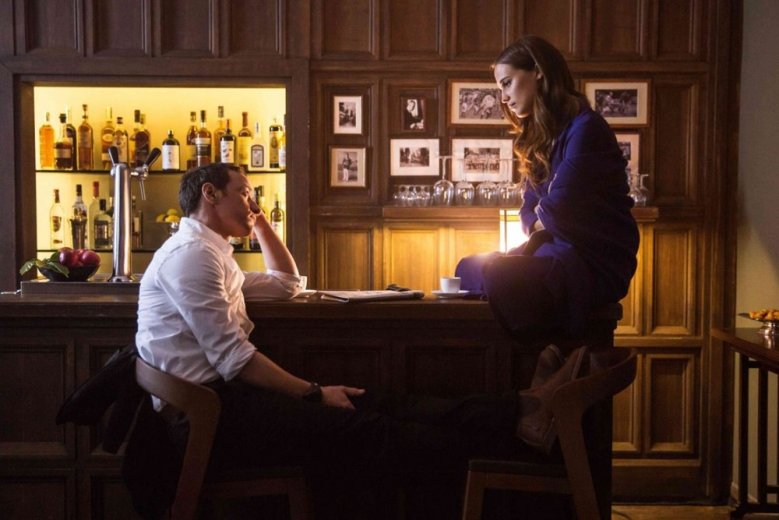 Choked by overwrought trappings and suffocated by an unforgiving narrative structure, Wim Wenders’ “Submergence” is only bolstered by a pair of sterling performances from stars Alicia Vikander and James McAvoy, both of whom somehow rise above the lackluster film they’re sunk into. Based on J.M. Ledgard’s novel of the same name and adapted by screenwriter Erin Dignam (who previously penned Sean Penn’s much-maligned “The Last Face”), the film revels in playing up hinky parallels that rarely coalesce into anything of much substance. It sinks.

Flipping between time periods and points of view, the film opens with Vikander, a professor and scientist obsessed with the literal bottom of the ocean, who is embarking on the biggest journey of her career, but just can’t seem to care about it because the man she loves won’t answer her phone calls. It’s already a jarring twist that Vikander’s Danielle, repeatedly presented as a big brain with bigger dreams, doesn’t care about a potential big discovery because of her off-track romantic life. Things only get more strange when James’ (McAvoy) actual location is revealed.

He’s being held by jihadist fighters in a brutal Somalian prison. That’s the kind of film “Submergence” is, a sledgehammer of drama that hammers without ever actually hitting.

Flashbacks reveal how James and Dani met — recently, and only for a short time, which makes the force of Danielle’s pain even more bizarre — at a luxe French resort, where she’s opted into a brief respite before heading off to sea and James has holed up before hitting the road as some kind of spy-for-hire, a secret he never reveals to Danielle. Dani is compelled by the possibilities that lay at the darkest levels of the ocean, while James’ career path seems primed to putting him in touch with the darkest parts of humanity. In different ways, they find themselves both literally and figuratively submerged (get it?). Once they part, the pair agree to try out this romance thing, though their woeful inability to express even the most basic truths about themselves seems primed to work against them. At least the duo exhibit a sexy and emotional chemistry that goes miles towards selling their intense and rapid romance.

Both Vikander and McAvoy are solid in their roles, even when forced to deliver such hammy lines as “I realized I’ve never been lonely before” (a whopper that Vikander is saddled with in one of her earliest scenes, long before the audience gets a chance to know Danielle). McAvoy, who continues to show his action hero chops, also breathes believability into James, cast here as a not-so-adept spy — at one point, he jumps on to a classified phone call, opting to forego headphones in able to have his handler spout off lines like “he has PTSD big time” to an open room.

Once parted, Dani sets off towards Iceland while James heads towards a seemingly routine gig in Somalia. Both journeys go topside in wholly different ways, as they struggle against both physical threats and their unstoppable emotional needs for each other, and while the juxtaposition between James’ tragedy and Dani’s drives the entire narrative, and rarely works. Mostly, Dani’s struggle seems kind of silly and small, diminished in the face of what James is actually experiencing, and the global implications that accompany it. She’s reduced to a sobbing shell of a person — though no one cries with such compelling ease as Vikander — while James is literally being beaten by Al-Qaeda.

There is no balance, though Wenders seems to believe there is, and that it’s enough to keep the film pushing towards a murky end that attempts to reunite its central pair in the weakest of ways. It just doesn’t hold water.

Sign Up:Stay on top of the latest breaking film and TV news! Sign up for our Email Newsletters here.

This Article is related to: Film and tagged Alicia Vikander, Reviews, Submergence, TIFF