"Supermansion: Drag Me To Halloween" will premiere on Crackle October 5, 2017. 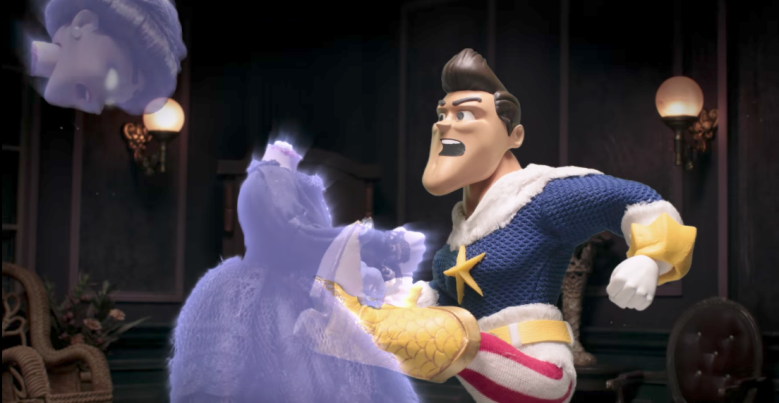 This Halloween, The League of Freedom will face their fears on Crackle in an all-new original special, “Supermansion: Drag Me To Halloween.” A nod to Sam Raimi’s “Drag Me To Hell,” fans can only guess at what the horror film’s influence will make on the comedy.

The epic two-season stop-motion animated series documents the ill-adventures of misfit superhero team The League of Freedom: In “Drag Me To Halloween,” Titanium Rex (voice of Bryan Cranston) wrestles with his distaste for the holiday as the gang grapples with seductive ghosts, angry demons, and evil dentists. No strangers to devious antics, the league looks well at home in the official teaser.

Featured on Crackle, Sony Media’s free no-subscription streaming service, you can catch up with all 24 previous episodes before the special premiere on October 5. Check out the trailer below.

This Article is related to: Television and tagged Bryan Cranston, Crackle, SuperMansion