A lavish but utterly lifeless period drama about the rivalry between two of America’s greatest geniuses. 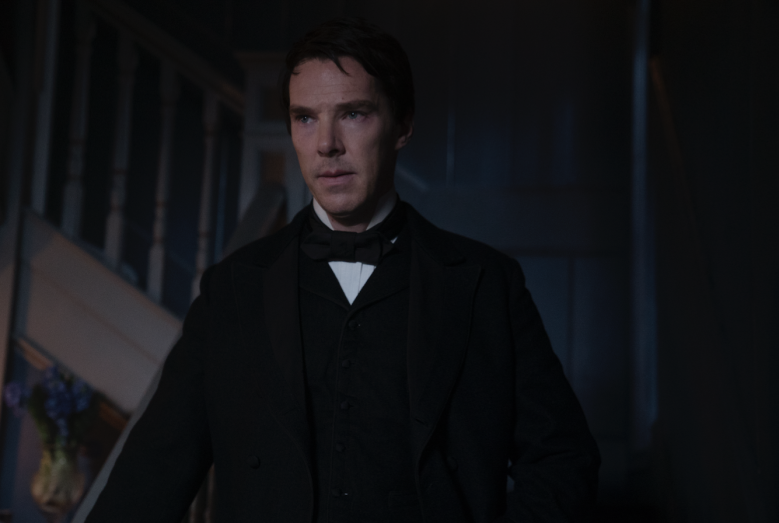 Alfonso Gomez-Rejon, director of the perceptive and unjustly maligned “Me and Earl and the Dying Girl,” is a young, thoughtful filmmaker with an inventive visual imagination and a very bright future ahead of him. That being said, something clearly went very, very wrong during the making of “The Current War.” A lifeless period drama about the rivalry between two of America’s greatest geniuses, Gomez-Rejon’s lavish third feature unfolds like a more historically accurate riff on “The Prestige,” albeit one lacking even a trace amount of magic (Nikola Tesla factors in, however, and Nicholas Hoult’s performance pays tribute to David Bowie).

The initial aim, however, may have been closer to “Hamilton.” First conceived as a stage musical by eventual screenwriter Michael Mitnick, “The Current War” tells the story of the race to light up the world. It begins, rather inexplicably, in December of 1880, after Thomas Alva Edison (a standard-issue Benedict Cumberbatch) has “wrested nature into a glass.”

We don’t get to see him make his greatest discovery, but we know he’s a genius because he talks in a monotone and communicates with his two children via Morse Code. A brainy twerp whose preternatural brilliance has made him one of the most famous men in the country, Edison has already sparked the imaginations of some forward-thinking people; he’s incepted them with his miraculously bright idea of the future, and his task now is to mass-produce it for the present.

The greatest obstacle in his path? Pittsburgh business tycoon George Westinghouse (Michael Shannon, switching things up by not playing a sociopath). Westinghouse may not have been born with Edison’s prodigious talents, but he’s no dummy. He’s got deep pockets, a ride or die wife (Katherine Waterston, reanimating the movie whenever she’s on screen), and a mustache that commands respect. Most of all, we’re told that Westinghouse has a great deal of pride — Edison only becomes his nemesis when the arrogant inventor blows off a dinner date with the corporate giant, sailing his private train right past Westinghouse’s station.

And so the first shot is fired, beginning a capitalistic grudge match that fails to clearly define its terms, establish its stakes, or dramatize its weapons.

“The Current War” even skimps on supplying the most basic information about time and place. A torpidly slow epic with a script that moves at the speed of light, the film is pockmarked with incidents that never cohere into a clear narrative. It’s immediately clear that Edison is the Rupert Angier to Westinghouse’s Alfred Borden, the Wolfgang Amadeus Mozart to his Antonio Salieri, the Alexander Hamilton to his Aaron Burr…just as it’s immediately clear that such broad points of reference will be our only way of understanding the dynamic between them.

Edison declares that “If we both win, nobody does,” but neither man is given much reason for his narcissism, and the occasional talk of legacies — which is more than just another word for being remembered — isn’t enough to meaningfully spur them on. The small handful of scenes they share together are quite effective, but they’re also the only discrete scenes in a movie that seldom settles down for long enough to see any of its drama take root. This is the kind of movie where a major character dies without leaving the faintest trace of her existence. Arriving so soon on the heels of “Tulip Fever,” the natural assumption might be that the film bled to death from 1,000 cuts (each of them personally administered in the editing room by Harvey Weinstein, himself). This time, however, the problems appear to be more intrinsic, potentially dating back to even before Gomez-Rejon came aboard. There’s no way of knowing if Mitnick’s theatrical ambitions were sublimated into the film’s sprawlingly artificial backdrops and sweeping camera movements, or if the movie’s plastic CG gloss is owed to producer (and “Abraham Lincoln: Vampire Hunter” director) Timur Bekmambetov, whose fatal touch remains intact.

Perhaps it was both, perhaps it was neither. Maybe this is precisely the movie that Gomez-Rejon always had in mind. Regardless, it’s a mess.

Read More: The 2017 IndieWire TIFF Bible: Every Review, Interview, and News Item Posted During the Festival

Often feeling like the first motion picture that was shot entirely with dutch angles, “The Current War” defaults to the most alienating way of framing a scene when the simplest one would do. The camera dizzyingly swirls around darkly lit dinner parties without giving us a sense where we are; it soars above a glowing stretch of Wall Street and shrinks the world down to the size of a snow globe without ever giving us our grounding. “Oldboy” cinematographer Chung Chung-hoon is a natural collaborator for Gomez-Rejon (who apprenticed for Martin Scorsese and inherited a fluid, symphonic approach that cleaves pretty close to that of Park Chan-wook), but here the duo is too cute for their own good. The budgetary restraint imposed on them for “Me and Earl and the Dying Girl” resulted in a brilliant visual economy that turned an everyday tragedy into the cinematic event of three young lifetimes.

In “The Current War,” the camera moves only for the sake of proving that someone is behind it. Such restlessness never allows us to sink in to the story, and the fact that it deprives us a better look at the film’s gorgeous production design adds insult to injury. “There’s always more to see,” Westinghouse says, and you’ll know what he means. Only Volker Bertelmann (aka Hauschka) and Dustin O’Halloran’s gorgeous score survives the style, the duo’s music wrapping a soft electric thrum around traditional piano melodies. Gomez-Rejon wants audiences to see the world as differently as his characters do, but this is a movie best enjoyed with eyes closed (ironic, given Edison’s passingly mentioned partial deafness).

“The Current War” forces viewers to spend so much time wading through its aesthetic that it becomes easy to lose track of its ideas, or grow too bored of them to bother following along. Westinghouse is rather static from start to finish, but Edison grapples with everything from the value of human life to the nature of time travel. The only thing that ultimately tracks is the notion that, from a certain perspective, we’re all living in the past.

“The Current War” ends with Edison capturing moments in time for all eternity and finally inventing the movies, but its seconds only serve to remind us how much potential, innovation, and genius was squandered on this one.

“The Current War” premiered at the 2017 Toronto International Film Festival. The Weinstein Company will release it in theaters on November 24.

This Article is related to: Film and tagged Benedict Cumberbatch, Reviews, The Current War, TIFF 2017