Hulu beats out Netflix to become the first streaming series to ever win top honors at the Emmys. 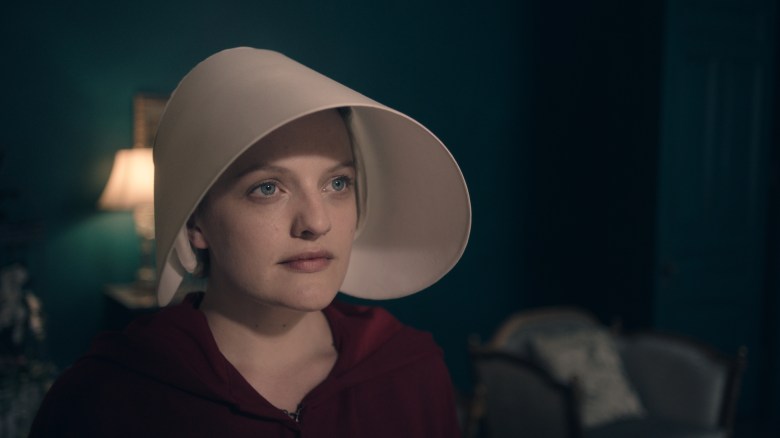 “The Handmaid’s Tale” has won the Outstanding Drama Series award, giving Hulu its first major victory in this category.  The Margaret Atwood-adapted drama series beat out HBO’s “Westworld,” AMC’s “Better Call Saul,” NBC’s “This is Us” and Netflix’s “The Crown,” “House of Cards,” and “Stranger Things.
Read More: 2017 Emmys Winners List (Updating Live)
“The Handmaid’s Tale,” created by Bruce Miller, entered the Emmys with 18 nominations. Elisabeth Moss won the Outstanding Lead Actress in a Drama Series prize earlier in the night, while cast members Samira Wiley and Ann Dowd were nomination in the Supporting Actress category. Alexis Bledel won Best Guest Actress at the Creative Arts Emmys last weekend.
The victory for “The Handmaid’s Tale” marks a major boost for Hulu, who has struggled to get into the original television game against heavyweights like Netflix and Amazon. Netflix has yet to win the Outstanding Drama Series prize, despite having three contenders this year.
Sign Up: Stay on top of the latest TV news! Sign up for our TV email newsletter here.

This Article is related to: Awards and tagged Elisabeth Moss, Emmys, Hulu, The Handmaid's Tale