Jeremy Bronson's pilot — produced by and with original music from Daveed Diggs — shows a flair for blending prescient political commentary with lighthearted fun. 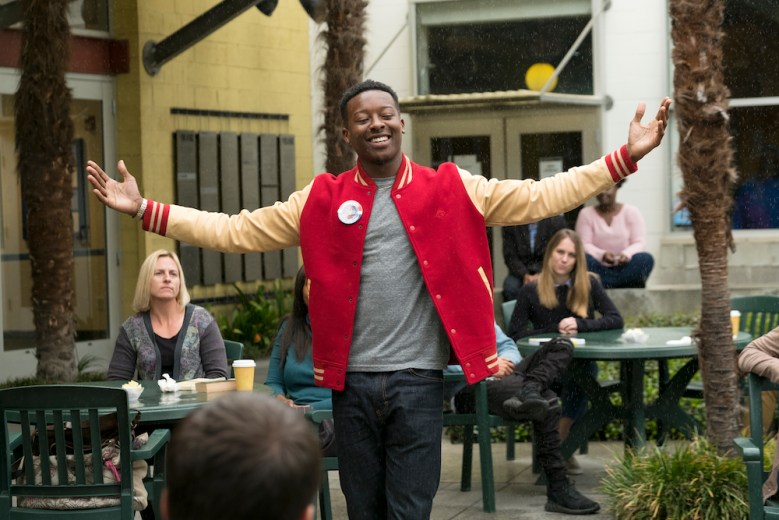 “Veep” is the best comedy on television, as attested by the 2017 Emmys and confirmed by IndieWire’s substantial critical authority, and its quickly approaching series finale will mark a great loss to television. The way in which David Mandel and Julia Louis-Dreyfus’ sword-swinging satirical attack on our corrupt national leaders stabs and skewers every last power-hungry politician is a service of the utmost importance when anger is running high.

But in addition to a series that satisfies American bloodlust for the blowhards on Capital Hill, those same viewers need to believe in politicians. We need a show to encourage that belief, and the current climate — which can be described as tumultuous at best — only emphasizes said point.

Enter ABC’s “The Mayor,” a comedy built around inspiring characters who not only serve as the inverse to HBO’s emotionally deadened D.C. politicos, but who remind us there is still good in this world, and it’s OK to believe in it.

Courtney Rose (Brandon Micheal Hall) is an aspiring rapper who’s running for mayor to sell a few extra CDs. There’s no grand ambition here, no desire to help his fellow man. And he’s not exactly hiding it, either. When his mom, Dina (Yvette Nicole Brown), gets home from work, he eagerly sits her down to watch a news report on his campaign and openly says he’s only doing this for the attention. He’s proud of his music and wants to turn his campaign exposure into record sales and better gigs. It’s an entrepreneurial effort that’s misguided, yes, but — even with recent history in mind — it’s hard to chastise the kid when he makes a rather convincing argument as to why he needs this (unlike other already famous, yet still fame-seeking candidates). Valentina (Lea Michele), who’s managing the campaign running against him, is there to remind Courtney he won’t win, but that doesn’t phase him. He knows why he’s there, and that it will all be over soon. Even the debate he has with a local city councilman (David Spade) is targeted toward selling albums, as he blatantly (and charmingly) lists his website mid-answer. His opponent is so dismissive of Courtney that he accidentally stumbles into the one issue Courtney’s informed about: the City Commons.

Rallying the crowd around the park-turned-trash heap, Courtney is proud of himself for earning enough favor to sell a few extra MP3s. But he performed too well, and to the astonishment of everyone around him, he wins the race. He’s the new mayor — who would’ve guessed?

“The Mayor” doesn’t succeed on surprise, nor does it rely on twists. It’s a comedy through-and-through, with an extra dose of responsibility. Valentina and Dina keep the well-intentioned new mayor honest, while smart, subtle quips populate the space surrounding the pilot’s tight plot. The Mayor-Elect and his buddies T.K. (Marcel Spears) and Jermaine (Bernard David Jones) pepper in good jokes about fake phobias and antibacterial soap (Why isn’t all soap antibacterial?) in between solid overall banter.

Dina is, thank goodness, a fully-realized character, instead of a mom merely there to nag Courtney about being good. Immediately, audiences can see where he got his confidence — “Nothing that spent nine months in me is good. You’re great.” — and appreciate Dina for her own ambitious passions (which are revealed near episode’s end). Brown has been a treasure in need of another worthy series-regular role since “Community” ended, and this may very well be the ticket. “The Mayor’s” pilot might deserve the most props for avoiding traps. Created by Jeremy Bronson and produced by “Hamilton” star Daveed Diggs, who also writes Courtney’s original music, the series parallels the 2016 election so closely it would’ve been easy to give into an onslaught of easy, wry, meta jokes: There’s a wannabe celebrity running for office; an opponent eager to dismiss him as a joke; a shocking upset. The connections are to an electoral disaster are clear, but “The Mayor” is focused on the positive: When Courtney wins office, he doesn’t panic or lash out or exploit fear to rally support. He may be inexperienced, unprepared, and an accidental winner, but he gets to work. He wants to help.

That the first half-hour can feel like light, endearing fun while also functioning as an illustrated guide on “How to Govern” for our current Cheeto-in-Chief only speaks to the series’ purity. Sure, there’s an edge in the way Valentina describes Courtney as “a know-nothing egomaniac whose entire campaign is a stunt. Voters won’t fall for that; not in America.” But she means it, and she’s also not visibly stunned when he wins. She goes about her business, which is making sure the town is kept afloat, its citizens happy.

“The Mayor” has the same objective. It’s here to subtly remind viewers of what politicians are meant to do, while entertaining them with clever humor and human stories. The cast is a winner, and the pilot marks a good start for what looks to be a productive first term in office. If so, it couldn’t be coming at a better time.

This Article is related to: Television and tagged ABC, The Mayor, TV Reviews