Showrunner Derek Simonds digs into the many possibilities to extend “The Sinner” story. 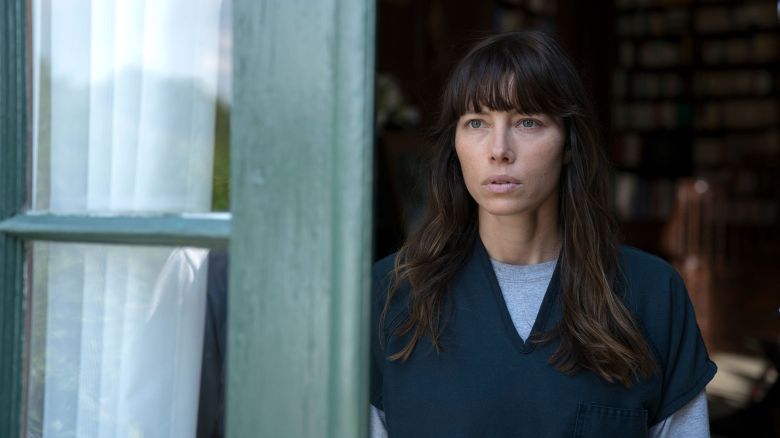 The Trouble With Harry

“One thing that I felt had a lot of room for development for the TV series was the relationship between Cora and Ambrose,” said Simonds. “In particular why Ambrose would respond to Cora’s predicament when no one else does and why he would pursue the truth when no one else does.

“I was really interested in what the story has to say about trauma and shame and how we tend to demonize part of ourselves,” he continued. “We call them sinful, for instance, when they’re very human impulses. Cora’s sexuality is demonized from a very early age. Any of the impulses that any normal young girl would have, she has and they’re deemed sinful and evil. The secretion of shame over her life bleeds to more and more trauma and compartmentalization of herself. Then finally, something erupts like the stabbing at the beach, and we realize that no trauma, if it’s not processed, won’t rear its head in some other way down the line.” In a way, Harry’s problems mirror Cora’s with one major difference: he still hasn’t faced whatever trauma happened in his past. “We learn in that scene in the car between Cora and Ambrose after they’re driving away from the Belmonts’ house, he tells her that he recognized something in her and that something happened to him in his past,” said Simonds. “He alludes to this thing that happened to him as a child.
We realize that Ambrose is suffering from his own trauma and it has gone unprocessed and unshared as well.

“So, this is a really important part of the story… how our collective shame about talking about trauma really creates more trauma. We said this phrase often in the writer’s room that ‘Shame shared is shame halved.’ Ambrose only gets a fraction of the way compared to Cora, but between them, there’s this bond that results. My thesis is that we have to connect through our wounded selves, not our best Facebook sparkly self, but through our wounded self in order to really achieve intimacy and connect and heal.” “We haven’t had any in-depth conversations with the studio and the network yet [about a second season],” Simonds said. “But there’s certainly a lot of interest and excitement about a Season 2. I think USA’s been very happy with the show.”

The novel “The Sinner” is a standalone story, so for the series to return, the show would have to come up with a brand new story from scratch.

Read More: How ‘The Sinner’ Turned One Song Into a Terrifying Murder Clue and the Show’s Secret Weapon

“If we are renewed and decide to do a Season 2, it will be its own story, with or without characters from Season 1. We are not sure yet,” he said. “I am always musically oriented so I love the idea of music playing a heavy role in whatever story I tell. Also ‘The Sinner,’ just as the brand we created and what I am interested in as a storyteller is always psychology and the layers of the character’s minds and the unconscious, and I feel that music is always a really powerful tool; we have a powerful association to music.

Simonds also considered what Harry might be doing in a possible return. “We end with Ambrose in the car alone at the end of Episode 8 looking at those bruises on his fingernails, which are sort of his own wounds and how he plays them out today,” he said. “He’s looking at them squarely for the first time in the show instead of just playing with the bruises. It’s this idea of he’s now just cracked open the door to his own issues, his own wounds, and we hope will deal with them in the future.” If “The Sinner” continued in the anthology style like “True Detective” with all new plots and characters, the stories could still be connected by the theme suggested by the title.

“There’s a thought we had of like every season is a story that investigates one of the Seven Deadly Sins,” said Simonds. “I think certainly Season 1 would have been the lust one. I’m really interested in the sinner idea, what we call sin. Let’s look at it carefully and see that it’s actually a very human impulse. Every one of the Seven Deadly Sins are essential to human beings. We all act on them in various ways. So, why do we call them sins? Why don’t we try to understand them more deeply and take them out of the shadows of shame?”

This Article is related to: Television and tagged Derek Simonds, The Sinner, TV Interviews, USA Network