Ken Burns and Lynn Novick’s epic series gives a 360-degree view of the war from all sides, which will be eye-opening for all Americans, including younger generations. 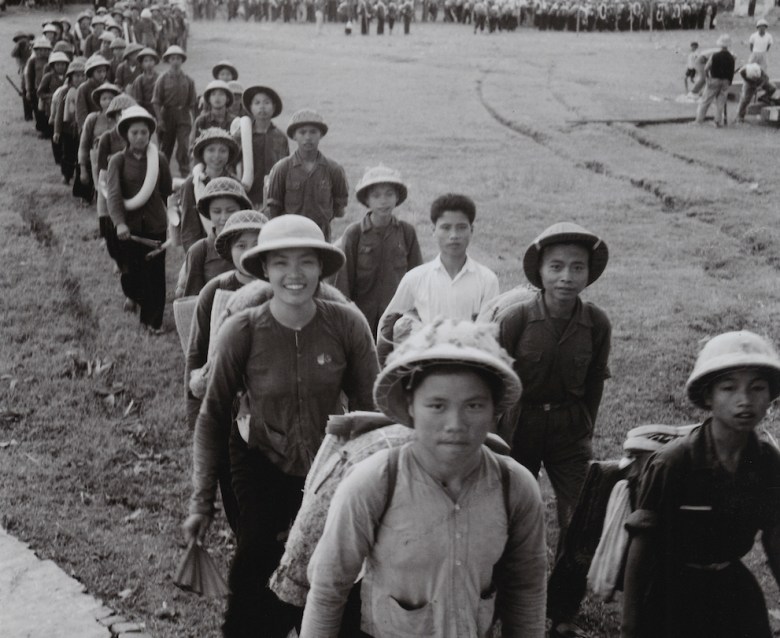 I remember a high school gym coach asked me this question, wondering which part of Vietnam my parents were from. When I related this to my mother, she became upset, believing that this person wanted to label me as an enemy or an ally depending on their take on the war. And maybe she was right, but that isn’t why I didn’t answer the coach. I simply didn’t know the answer at the time.

Children don’t often know much about their parents’ lives previous to their becoming parents, but this knowledge gap is especially wide when it comes to the younger generation following the Vietnam War. PBS’ 10-part documentary series “The Vietnam War” is here to bridge that gap.

I spoke to filmmakers Ken Burns and Lynn Novick about the epic undertaking of making the series and what it could mean to the Vietnamese-American community. “You see how hard it was,” Burns said. “It must be unbelievably painful to not only lose loved ones, but to lose your country, find yourself in another country that doesn’t want to deal with you because you remind them of the loss. And then, you’ve got your own beliefs, and it’s going to take you and subsequent generations to sort of open it up. It’s very understandable. We’ve met and talked to a lot of really amazing people that you saw in the film that are in exactly that position, whose children are now knocking at the door and saying, ‘Please tell us more.’” My brothers and I were too busy assimilating to life in Houston, Texas — watching “Knight Rider,” listening to The Cure, reading “Dragonlance” novels — to concern ourselves with a country that was left behind when I was eight months old. That was the life our parents wanted for us, not the one filled with poverty, sorrow, and a controlling government.

I’ve gleaned bits and pieces of what my family went through: one uncle died in combat, another was jailed for decades, two uncles just started swimming after the fall of Saigon until they were rescued by boats. And every few years during my childhood, I’d be introduced to aunts, cousins or grandparents who’d finally gotten their turn to escape and make a new life in America. But never with any of these newfound relatives did I discuss the war. It was an unspoken rule: That was taboo territory.

“The Vietnam War” isn’t the first work that attempts to give context to the conflict, but it is probably the most comprehensive, engaging, and balanced effort to date. The filmmakers spoke to over 100 people to get a 360-degree view of the war. Among the 79 subjects who made it into the doc are Northern Vietnamese Army and ARVN soldiers, Viet Cong, Vietnamese citizens and press, U.S. military, draft dodgers, a mother of a gold-star soldier, POWs, politicians, a war nurse, and protestors. Take a look at some of the people consulted for the project:

PBS and the filmmakers have made an extra effort to reach the Vietnamese communities in America. “We did major showings in Dallas, Houston, Boston, San Diego, and Irvine, and we met with Vietnamese press in Orange County, and then had a screening last January in Pasadena,” said Burns. “And we’ve been in Portland and Seattle and San Francisco, and there’s been large Vietnamese turnout. I think it all falls down along the line that you’re talking about, that there’s some new fluidity in the younger generations that is urging the older generations that may be more entrenched in views, and that’s always good.”

Novick added, “The whole film has been subtitled into Vietnamese and will be streamed on PBS with Spanish or Vietnamese subtitles. We’re hoping Vietnamese Americans who are of your parents’ generation or over, whose English isn’t perfect, can watch the film.”

Sarah Botstein, a senior producer on the series, explained the painstaking process to bring the subtitled version to life with as much accuracy as possible. “We brought in two different translators and our producer from Hanoi and our producer who lived in Ho Chi Minh City,” she said. “It took about six months to do. It’s technically very complicated, and then the language is actually for younger people to understand the vernacular of the war, and how we understand it, and the words we use. It felt like a very important thing to do.” Even after all these decades, I don’t know if my mother will be able to make herself watch the documentary, but it does give me more context to know what my family has faced. In passing once, my mother mentioned that while she was abroad during wartime, she smuggled my grandmother in Vietnam extra money by wrapping bills around spools and then winding the thread back around them. Ditto for skeins of yarn. It was a practice I rediscovered years later when my grandmother was dying and made the baffling request to bring her yarn from the closet. I also know that my mother harbors no love for Jane Fonda’s actions, which are detailed in the doc.

My father was a scholarly history buff and would’ve loved “The Vietnam War.” Unfortunately, he died a year and a half ago, but during the weeklong wake before the funeral, I learned that even though he didn’t see combat, he did his part for the war. As one of the few Vietnamese with excellent English-language skills and military training, he flew a few times to Colorado and gave Vietnamese intelligence to the U.S. Air Force. This is one of the biggest reasons why my family had to flee after Saigon fell in 1975. My father would’ve been sent to a re-education camp or worse if he were captured. I’m not even sure what would’ve happened to me, my mother or brothers, but the film doesn’t paint the rosiest picture for people related to those who actively opposed the North.

Compared to other refugees, I’ve lived a life of privilege. My parents were working in Japan in the Vietnamese embassy during the fall of Saigon, so we had all our paperwork processed quickly, and by July 1975, my parents and my aunt had me and my brothers — three babies on three laps — on a plane to America. I grew up in a comfortable middle-class existence and attended excellent public schools. Most of my cousins, my nephew, and nieces were all born in America and have even less awareness of the war. But understanding the Vietnam War is essential to understanding the resilience of the Vietnamese people, who have been conquered over and over again, whether it’s by the Chinese, the French, or the Communists.

“The refugee experience is extraordinarily difficult. Some of us are the children of immigrants but not refugees per se,” said Novick. “That sort of determination to move forward is partly why they don’t talk about it, I can only imagine. Also, in Vietnam, you know, the country is still unresolved about the war in some ways, and there’s still a lot of reconciliation to happen in the aftermath of what was also a civil war as well as a war of liberation.”

Continue reading for teaching the Vietnam War, the challenges of the Tet Offensive, and more >>

Page 1 of 2
Continue Reading: ‘The Vietnam War’ Is the Documentary I’ve Been Waiting for as a Vietnamese Refugee and an American Citizen

This Article is related to: Television and tagged Ken Burns, Lynn Novick, PBS, The Vietnam War