The director of "Oslo, August 31st" returns with an ominous, unnerving, and strangely powerful thriller about the darkest of human desires. 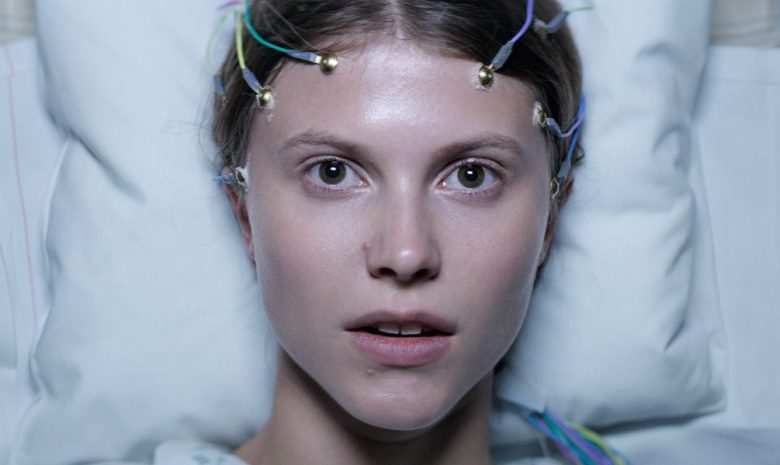 There’s something very wrong with Thelma, though we’re not quite sure what it is. We first meet her when she’s just a child, living with her devoutly religious family in a remote town on the coast of Norway. The girl’s father, Trond (Henrik Rafaelsen), takes her hunting on the shores of the frozen lake next to their house. Thelma walks ahead of her dad, entranced by the sight of a deer. Standing behind his daughter, Trond silently points his rifle at her head. He doesn’t pull the trigger, but the temptation is there.

“Thelma” — an ominous, unnerving, and strangely powerful thriller about the most devious of human desires — might appear to be a change of pace for “Oslo, August 31st” writer-director Joachim Trier, but the story tenses and frets with the same melancholy glimmer that courses through his dramas. Here, the Norwegian’s filmmaker’s signature brand of existential dread (always coupled with and complicated by a youthful sense of becoming), is expressed through style more than action. This isn’t a movie where all that much happens, but every decision ripples with darkness.

The brunt of the action takes place more than a decade after that disconcerting prologue, when Thelma acts against her parents’ wishes and enrolls as a freshman at a university in Oslo. Played as an adult by the entrancingly blank Eili Harboe, she’s an isolated misfit (pretty but self-contained), unequipped with the social skills that seem to come so easily to the kids who grew up in secular homes. She’s shy, and tends to tremble, but Thelma doesn’t appear to be afraid of other people; if anything, she’s afraid of herself. It’s not much of a spoiler to suggest that she has good reason to be scared. There’s something inside of her, and it starts to to shake its way out one gray afternoon in the university library. Only moments after sparking a conversation with a beautiful fellow student named Anja (musician Kaya Wilkins), the electricity proves to be too much, and Thelma starts to violently convulse on the floor. This will not be the last of her seizures.

A new friendship is waiting for our heroine when she wakes up: Anja is as warm and outgoing as Thelma is cold and enclosed, but there’s an immediate attraction between the two girls, and neither one of them is able to control it. Trier endows the intractable compulsions of self-discovery with a supernatural charge, as animals start to follow Thelma wherever she goes, slithering even into her dreams. One night, Anja appears out of the black forest that surrounds Thelma’s dorm, unsure of how she got there. Later, the two girls enjoy a brilliant night at the symphony, only for the slightest flirtation to threaten the lives of everyone in attendance. Thelma begs God to rid her of lesbian thoughts, yet God seems to have other ideas in mind. Trier’s protagonist may think that she’s in a sweet coming-out story that uses genre elements to express the sheer force of finding oneself, but this young woman is about to learn that she’s in a very different kind of movie.

It would be potentially ruinous to discuss how “Thelma” develops from there, but rest assured that Trier ramps up the strangeness with every new scene, this frigid little fairy tale eventually coming to feel like an adaptation of “Carrie” as directed by Ingmar Bergman. Shot in cinemascope and shivering with elemental imagery (the thick ice that stretches across the surface of her parents’ lake doubles as an effective expression of Thelma’s isolation from the rest of the world), Trier’s film slowly mutates universal growing pains into specific ingredients for existential horror. Lust is just the tip of the iceberg, though “Thelma” is consistently keyed in to the persuasive power of the female body, and how the strength of physical attraction can sometimes be complicated by its shallowness. The longer the movie goes, the more that sex just becomes a means to an end. As Thelma’s physical state worsens and she’s diagnosed with psychogenic non-epileptic seizures (an affliction that once led to women being labeled as witches), Trier begins to leverage her bizarre condition into a smirking commentary on the human id. Diving into Thelma’s sordid past — why is her mom in a wheelchair, anyway? — Trier increasingly forgoes the loquaciousness of his previous Norwegian-language films in favor of natural imagery that says things his characters can’t even admit to themselves. Over time, the sight gags of a relatively standard psychological thriller (e.g. Thelma being trapped underwater in her university swimming pool) are replaced by visuals that seethe with biblical fury.

The more disturbing the set pieces get, the more fundamental the questions they ask us become. If the first half of the film contemplates how difficult it can be for teenagers to come into their own power and outgrow their parents, the second half interrogates the basic value of unconditional love, and whether people really need each other at all. As compulsively watchable as Harboe can be, Thelma is too much of an empty vessel to eclipse the beguiling madness that Trier invents for her; she’s reserved to the point that she borders on a non-character, and there are moments when the freaky circumstances of her freshman year feel interesting in spite of her. As a result, the movie sometimes strains to get where it’s going, and its sillier moments have a way of diluting the impact of its more serious ones. And yet, Thelma’s story sticks to your bones like a shiver, and sinks deeper for days after the credits have rolled. Her hollowness gets filled in as the body count starts to rise, Trier revealing her dormant power, scooping out her purpose, and inviting each viewer to fill it in with their most uncomfortable impulses.

When Thelma stares into the abyss, the abyss stares back, and both sides like what they see. It’s almost calming. The stillness of this unassuming film ultimately becomes the scariest thing about it, as Trier reconciles his protagonist’s inner and outer desires, her faith and her feelings, and leaves us wondering how terrible it would be — how terrible we would be — if everyone always got exactly what they wanted.

“Thelma” premiered at the 2017 Toronto International Film Festival. The Orchard will release it in U.S. theaters on November 10th.

This Article is related to: Film and tagged Joachim Trier, Reviews, Thelma, TIFF 2017