Here's the complete list of acquisitions coming out of the 2017 Toronto International Film Festival. 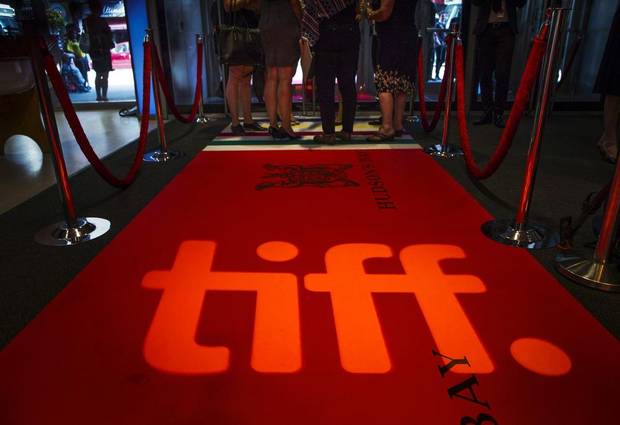 While the Toronto International Film Festival doesn’t boast a market as robust as other festivals, like Sundance or Cannes, the yearly event often plays home to some major buys of big contenders. Last year, films as diverse “I Am Not Your Negro,” “Salt and Fire,” and “A Quiet Passion” found a home at the festival, and this year will likely include a slate of picked-up offerings that are as wide-ranging as the festival itself. We will be tracking every buy below, so keep checking back to stay up to date.

The Toronto International Film Festival runs September 7 – 17 in Toronto, Canada. Stay up to date on all of this year’s TIFF acquisitions below.

– In an early deal that was announced before the festival even kicked off, AMC Networks’ streaming horror service Shudder picked up North American, U.K., Ireland and Australian rights to Coralie Fargeat’s debut “Revenge.” The film is billed as “a thriller about a woman who exacts bloody vengeance on her attackers” and is part of the festival’s well-loved Midnight Madness section.

Variety, who first reported the story, adds that the film will play theatrically in early 2018 and will also be available to stream on Shudder. The outlet adds that “the bidding on the picture was said to be competitive.”

– In advance of its Venice bow and TIFF premiere, Cohen Media Group has acquired North American rights to “The Insult,” Ziad Doueiri’s Lebanon-set drama. The deal marks the second collaboration between Cohen Media Group and Doueiri, following their team-up on his previous  “The Attack.”

Charles S. Cohen, the chairman and CEO of Cohen Media Group who co-produced “The Insult,” described the movie as a “stirring and important film that confronts tough issues with clear-headed purpose.”

Variety first reported the story, and notes that Cohen plans on releasing “The Insult” in January, and that the film will likely represent Lebanon in the foreign-language Oscar race.

– Brooklyn-based arthouse distributors KimStim and Icarus Films have teamed up again to acquire all USA rights to Mouly Surya’s Cannes Director’s Fortnight feature, “Marlina the Murderer in Four Acts,” which will have its North American premiere at TIFF on September 12.

“We were struck by how gorgeously shot this is. This is only Surya’s third feature and her voice is stronger than ever.  It’s an incredibly witty and sophisticated feminist revenge drama that’s totally satisfying to watch,” said Mika Kimoto, Co-President KimStim, in an official statement.

The film “takes place in the deserted hills of an Indonesian island where Marlina, a young widow, is attacked and robbed for her cattle. While defending herself, she murders several men of the gang. Seeking justice, she goes on a journey for empowerment and redemption. But the road is long especially when the ghost of her headless victim begins to haunt her.”

After TIFF the film will screen at several film festivals across the USA including Philadelphia, Hawaii, and Palm Springs before opening theatrically in 2018.

– While it’s not playing at this year’s TIFF, the Keanu Reeves-starring “Replicas” is shaping up to be one of the biggest deals of the fest. Deadline reports that Byron Allen’s rising production outfit Entertainment Studios has paid “near $4 million” for the North American rights to the film, which will reportedly hit wide release.

Directed by Jeffrey Nachmanoff and starring Reeves, Alice Eve, Thomas Middleditch, and John Ortiz, the film follows “Reeves [as] neuroscientist William Foster, an expert on re-creating the human brain for what he thinks is Alzheimer’s research. He alters his research to replicate his family after they’re killed in a car accident.” The script was written by Stephen Hamel and Chad St. John.

Deadline adds that the the film “was part of a CAA program of screenings of films and promo reels for buyers that was held yesterday…The reaction was immediate as five offers materialized, and CAA and Lotus (which is selling foreign) spent the evening with bidders before Allen emerged victorious.”

– “Colossal” and “Ingrid Goes West” distributor Neon has joined forces with 30West to purchase domestic rights for “I, Tonya.” The movie, which stars Margot Robbie as Tonya Harding and focuses on the scandal that saw her ex-husband try and ruin Nancy Kerrigan’s career, earned positive reviews afters its premiere, with many publications calling it one of the festival’s biggest surprises. The deal from Neon and 30West is pegged around the $5 million mark.

– Netflix has purchased the rights to “Kodachrome,” starring Jason Sudeikis, Elizabeth Olsen, and Ed Harris. Sudeikis and Harris play a son and his father who embark on a road trip to Parsons, Kansas in order to develop a reel of film before the world’s only remaining Kodachrome lab closes its doors.

– Bleecker Street has secured worldwide distribution rights to Riley Stearns’ “The Art of Self Defense.” The movie is the latest from the “Faults” director and stars Jesse Eisenberg, Imogen Poots, and Alessandro Nivola. The plot follows a young man who gets attacked on the street and decides to learn how to protect himself from a mysterious sensei.

– The Orchard has picked up Louis C.K.’s “I Love You Daddy” for $5 million, making it one of the highest deals of the festival alongside “I, Tonya,” which sold to Neon and 30West for the same price. Directed in secret by C.K. this June, “I Love You Daddy” stars the writer-director as a worried father who does whatever he can to prevent his 17-year-old daughter (Chloe Grace Moretz) from falling for a 68-year-old filmmaker (John Malkovich). The Orchard is planning a fall release.

– Netflix has secured worldwide distribution rights to the buzzy documentary, “Jim & Andy: The Great Beyond — featuring a very special, contractually obligated mention of Tony Clifton.” The film takes a look at the time Jim Carrey spent preparing to play Andy Kaufman for “Man on the Moon” and includes never-before-seen footage at his acting process. “Jim & Andy” is produced by VICE Documentary Films and counts Spike Jonze as one of its producers.

– A24 is teaming up with DirecTV once again to acquire U.S. distribution rights to Richard Eyre’s “The Children Act,” starring Emma Thompson, Stanley Tucci, and “Dunkirk: breakout Fionn Whitehead. Thompson has earned strong reviews for playing a judge who must determine whether or not to force a cancer-stricken teenager to have a blood transfusion that will save his life. The boy’s family has rejected the medical procedure on religious grounds.

– IFC Films has stepped into the TIFF arena by picking up North American distribution rights to “The Cured.” Variety first reported the deal. The movie marks the directorial debut of David Freyne and stars Ellen Page. The story is set in a future where zombie behavior has been controlled and the undead try to reintegrate into society.

– Grasshopper Film has purchased all U.S. distribution rights to “Cocote,” a crime fable set in the Dominican Republic from director Nelson Carlo De Los Santos Arias. The movie will open in theaters next year, followed by a VOD and Home Video release.

– 30West has closed a deal for North American distribution rights to Michael Pearce’s “Beast,” starring Jessie Buckley, Johnny Flynn, and Geraldine James. The movie centers around a small island community where a troubled young woman falls for a mysterious outsider who empowers her to escape from her oppressive family. When he comes under suspicion for a series of brutal murders she defends him at all costs and learns what she is capable of.

– Brooklyn based arthouse distributor KimStim has signed with Paris-based LUXBOX for all North American rights to Bruno Dumont’s “Jeannette: The Childhood of Joan of Arc.” The film recently had its North American Premiere at this year’s Toronto International Film Festival. It first premiered in Cannes Director’s Fortnight.