Especially in an era when "limited series" aren't necessarily limited, what Damon Lindelof has planned for this adaptation could be seismic for the series in development. 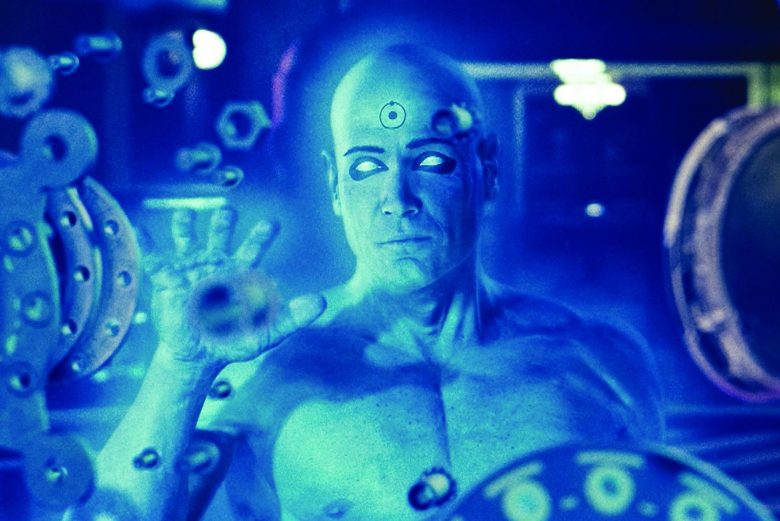 [Editor’s note: Mild spoilers for the graphic novel “Watchmen,” written by Alan Moore and drawn by Dave Gibbons, below.]

It begins: The build-up to what could be HBO’s next landmark television event. In a photo posted to Instagram, “The Leftovers” showrunner Damon Lindelof announced that it was “Day One” — which HBO later confirmed meant that the writers’ room for his next project, an adaptation of the 1986 graphic novel “Watchmen,” was open:

According to an official statement from HBO, “HBO has committed to the pilot and back up scripts,” but details beyond that haven’t been made available.

However, Alan Moore and Dave Gibbons’ iconic graphic novel, well known to comic book fans and connoisseurs of great storytelling alike, has enough of a legacy to inspire questions. The biggest question, of course: Will “Watchmen” be a limited series or an ongoing drama?

It’s become an increasingly complicated question of late, as it now seems possible that every TV show, no matter how theoretically close-ended, could potentially be rebooted or continued. But with “Watchmen” in particular, that question doesn’t just affect contracts — an adaptation of “Watchmen” built as an ongoing series is a fundamentally different story than the original graphic novel.

The work of writer Alan Moore and artist Dave Gibbons, published originally by DC Comics, “Watchmen” is a superhero story drenched in darkness, depicting an alternate America where the rise of the hero group Minutemen in the 1940s did little to ultimately improve world history — in fact, by the 1980s Nixon is serving his fifth term as president, “vigilantes” have been outlawed, and relations between the U.S. and Russia are even worse than anticipated.

The flawed heroes at the center of the story try to uncover the mysteries behind the murder of one of their own as the countdown to thermonuclear war ticks on, the tension winding tighter and tighter before an ending that’s more tragic than apocalyptic, one that only sees the worst in humanity. It’s not an ending that inspires hope in superheroes, which was Moore’s primary point. “Watchmen” is a warning against putting one’s faith in such characters, a radical statement especially given that it was being published by the company built by Superman.

A long-beloved tome of graphic novel storytelling, “Watchmen” has also been a story that many, many creators have tried to adapt for the screen, both before and after Zack Snyder’s 2009 film hit theaters. Snyder’s version wasn’t exactly warmly received, though it did receive a 65 percent rating on Rotten Tomatoes and was praised for remaining surprisingly faithful to the original story, with only a few major tweaks — that said, for years many have thought that “Watchmen” would best be told not as a film, but as a miniseries.

The structure of the original graphic novel actually lends itself perfectly to the concept of a limited series: Told in 12 chapters (AKA the original 12 issues of the comic, which were released monthly by DC), it’s serialized storytelling at its finest. But it also ends with one or two loose threads, but otherwise with a sense of completion that would be completely undercut by a sequel. DC Comics has made efforts to expand the world of “Watchmen” beyond the core graphic novel in the past — most notably “Before Watchmen,” which spotlighted individual characters from the book in a series of prequels. But the world of “Watchmen,” in the comics, ends with the final Moore-penned panels.

Which is why the fact that HBO and Lindelof have yet to confirm what kind of series is in development is intriguing. If it were announced as a miniseries event, then that would be an indication that the plan was to tell the full story of the graphic novel across the season; if it were planned as an ongoing drama, then that might mean a very different kind of storytelling, very different from Moore’s original high-tension narrative.

Lindelof’s last adaptation was of course “The Leftovers,” the first season of which was a fairly faithful adaptation of Tom Perotta’s original novel. In partnership with Perotta, the two writers then went beyond the end of that novel to find two more (brilliant) seasons of original story. The difference here is that “The Leftovers,” as a novel, ends somewhat abruptly, with plenty of material left to explore in the lives of these characters. There’s no doubt that Lindelof could find ways to mine the lives of the characters beyond that ending, but the ending is such a fundamental part of the narrative’s ultimate message that it’s unclear how that change would shift the nature of the project.

It may be that there’s no official answer on what kind of show “Watchmen” is going to be because even limited series don’t really get to end anymore. HBO’s spring hit, “Big Little Lies,” just won a whole bunch of Emmys as a limited series — but talk of a Season 2 has swirled around the show for months, even though theoretically the story of author Liane Moriarty’s novel has been told. “I’m thinking about it. It’s a beautiful possibility. That’s all I’ll say,” Moriarty told press backstage at the Emmys.

Let’s be clear: After three seasons of “The Leftovers,” in Lindelof we trust, not just to adapt this story, but to know when it needs to end. But “Watchmen” is and was an iconic, game-changing narrative, and fans will be watching closely as development proceeds — knowing full well, as Dr. Manhattan says, “Nothing ever ends.”