In the wake of allegations against the Ain't It Cool News founder, more women have stepped forward with stories about their experiences. 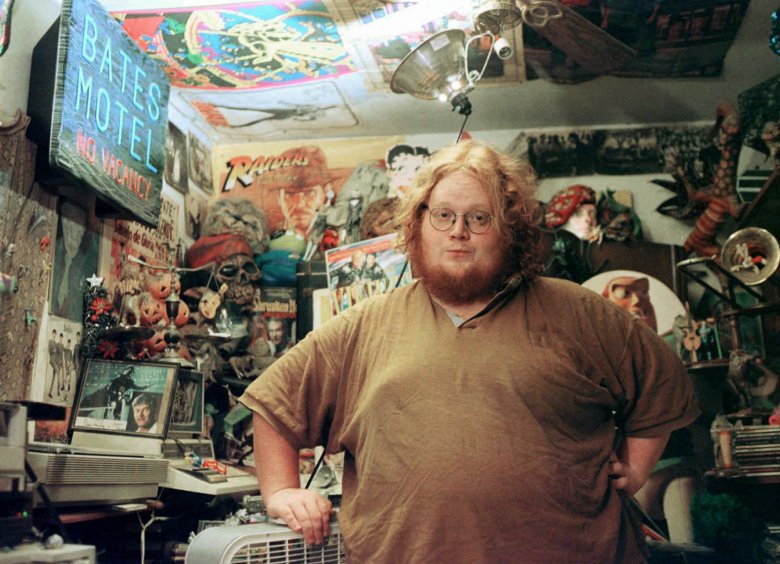 Another film writer, who goes by the online handle “sick__66” and wishes to stay otherwise anonymous, alleges that as recently as this May, Knowles harassed her on Twitter. The Miami resident, 23, was first approached by Knowles online in April, after he followed her on the social media platform and reached out via Twitter direct messages. The two have never met in person.

Over the course of a month, the pair shared a friendly conversation over direct messages about film history, with Knowles frequently sharing stories of his career and connections. (IndieWire reviewed the full history of these messages.) In the messages, Knowles writes frequently about things he’s done over the course of his work, name-dropping such celebrities as Kevin Smith, Peter Jackson, and Guillermo del Toro. (At one point, he sent “sick__66” a link to his wedding invite video, noting that it was directed by Jackson.)

After a month of communicating, Knowles asked “sick__66” to come to Austin, to which she did not respond, deeming the interaction “creepy.” A month later, Knowles messaged her again after she posted a selfie, writing that her “eyeliner made her look good enough to eat” and that she could “have his vienna [sic] sausage anytime.” “sick__66” did not respond to the messages, though when Knowles redirected the conversation back toward filmmaking (with another note about how her eyeliner “brings out the carnal”) she did reply, only addressing the film topic. She says Knowles responded once more and then never spoke to her again.

After the Baker allegations were reported on IndieWire, “sick__66” posted screenshots of the “totally unsolicited” conversation (see below) to Twitter, where she also announced that she had unfollowed Knowles on the social media platform and that she was “tired of dealing with this.”

I've just unfollowed Harry and also have some interesting screenshots of completely unsolicited messages. I'm tired of dealing with this pic.twitter.com/lepcEDCtd8

Initially, she hoped that conversation would lead to professional connections. “I hate to sound naïve, but I really was kind of excited that he was talking to me at first, because everyone knows who he is and he has this influence,” she told IndieWire. “I did think that maybe I could establish a professional relationship…I thought making that connection could be good for me.” After taking her allegations online, “sick__66” expressed concern over how going public could impact her fledgling writing career, writing that she felt she had “successfully fucked her writing career.” Though she said many messages have been supportive, she worries other outlets will not want hire to avoid “controversy” attached to her name.

She said she was inspired to speak out after the publication of Baker’s allegations, though she was disturbed by recent controversies involving the Alamo Drafthouse and Devin Faraci. Despite other women coming forward with allegations and a mostly positive response online, “sick__66” briefly made her Twitter account private after receiving messages that, amongst other things, called her a liar and accused her of fabricating the direct messages. At least one person told her she didn’t deserve to be writing for the film community, which she told IndieWire “hurt my feelings, because he doesn’t deserve to write for the community, considering how he treats the people who are in it.”

“sick__66” has also received messages of a different kind: Other women said they had endured similar harassment from Knowles. Three sent her direct messages about incidents, and two others on her Twitter mentioned their own allegations. “I just hope that the next time somebody comes forth with something, somebody does something immediately, as opposed to having to wait 20 years to be able to say something,” she said.

Elsewhere, earlier this week, former Alamo Drafthouse employee Jill Lewis took to her Facebook page to share her own story about Knowles (while Lewis declined to speak to the press, she gave her permission for her story to be shared from her public Facebook post, which you can see below).

In Lewis’ post, she writes: “Fast forward to Harry Knowles, whom one night during FF at the old Highball, grabbed my arm, asked me to come closer, and then told me he was on mushrooms, and that he and his wife had been talking about wanting to see me naked, and asked me to do just that with them that night.” (The Highball, a bar attached to the Drafthouse’s South Lamar location, closed for renovations in 2012 and reopened in 2014.)

She added, “I had never had any personal conversations with this man outside of FF/Alamo business, and honestly, I had kept my distance to brief pleasantries due to the common knowledge that he was a creepy man. I was completely disgusted, politely declined, and left.”

Though no longer professionally associated with the Alamo Drafthouse, Lewis also hopes the allegations will push the company and the Austin film scene at large into a place of positive change, bolstered by real action.

She wrote, “We can’t move forward to a safe, inclusive environment for everyone, unless words spoken are backed with honest actions,” adding of the Alamo Drafthouse and Fantastic Fest that she “wish[es] them the best, and hope[s] they will honestly address the issues, and move forward as bigger, better, and safer institutions.”