Get in the mood for Halloween by submerging in this interactive mini-series by the talented comedy collective. 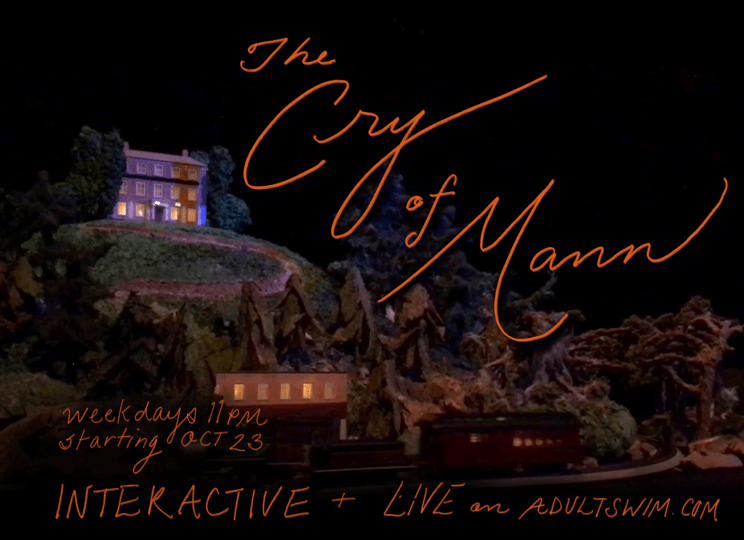 Tune in tonight on AdultSwim.com to watch the first episode of a live and interactive experience by the Wham City collective: the same guys who created “Unedited Footage of a Bear,” “The Mirror,” “This House Has People in It,” and “Live Forever as You Are Now With Alan Resnick.”

The comedic troupe’s new project is called “The Cry of Mann” and it is an interactive mini-series comprised of eight episodes, the first of which will be streamed live tonight October 23 on AdultSwim.com/streams at 11 p.m. ET.

There will be a new episode every weekday this week through October 26 and next week from October 30 to November 2, also streaming live at 11 p.m. ET.

Adult Swim has issued the following premise for this inventive mini-series has the following premise: “Tank Mann has disappeared and his family is falling apart. Power struggles reveal secrets. Secrets sow chaos. Chaos is bad! Will Tank Mann return in time to save his family, his company and TROOL Day? What is that ringing noise? Call in to find out.”

Wham City is a comedy group from Baltimore that specializes in video and performance that utilizes both horror and comedy to submerge the audience into a surreal and bizarre world. Their viral videos are characterized by having an absurdist nature, and apart from Adult Swim, they have showcased their work on IFC, Super Deluxe, and Comedy Central.

Watch the teaser video for “The Cry of Mann” here and consult Adult Swim’s website for interviews with the Wham City performers and the Adult Swim team.

This Article is related to: Television and tagged Adult Swim, Halloween, Wham City