The indie breakout didn't get her "Colin Trevorrow moment," and she responded the only way she knew how: by making her own opportunities. 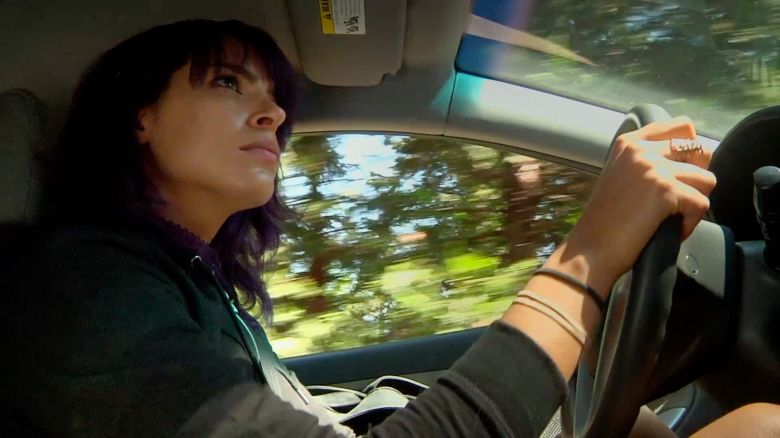 For the vast majority of female filmmakers, the second-film slump is real. Getting that first movie made might sound like the biggest challenge for any fledgling filmmaker, but for so many women in the industry, turning first film buzz into new opportunities is an uphill battle that few can win. For “Appropriate Behavior” filmmaker and star Desiree Akhavan, the realization that her status as a festival darling wasn’t going to automatically translate into a huge Hollywood career came hard. Good thing she didn’t really want that anyway.

“Because I had only made one feature and I was a woman, I didn’t have the best opportunities,” Akhavan told IndieWire. “It’s crazy when I think of men who premiere a first film at Sundance and then get offered franchises. That was not happening to me, I was not being offered anything of that ilk. Myself and my contemporaries were not having the Colin Trevorrow moment.”

The problem isn’t just anecdotal: in a recent study from USC Annenberg’s Media, Diversity & Social Change Initiative, the numbers backed up that female filmmakers are often “one and done” when it comes to filmmaking. The study found that 80% of the female directors it included made just one movie over the analyzed decade. Akhavan didn’t want to be lumped into such depressing stats, but she also wanted to retain her creative independence when it came to working in the entertainment industry. She found an unlikely way to do it — by getting the hell out of Hollywood.

After the success of “Appropriate Behavior” – a well-received Sundance premiere, an enviable rating on Rotten Tomatoes, an Indie Spirit nod, agency representation, all hallmarks of a stellar breakthrough from an up-and-coming filmmaker – Akhavan got plenty of offers, but they weren’t the kind she was eager to pursue. “I could have made a second feature much earlier, it just would have sucked and I wouldn’t have made a third one,” she said.

One problem: Most people were only sending her shoddier takes on what she had already done with “Appropriate Behavior.”

“I was being sent scripts that were really big-budget, shittier versions of the film I had already made,” she said. “Hollywood doesn’t have an imagination. It was like, ‘This is what she made, could we make money off of it? What if this became a Rebel Wilson vehicle? What if it’s a cheaper version of that other film that did really well?’ I got plenty of scripts that should not be made.”

Akhavan was much more excited about pitching a television show she’d been working on for awhile – titled “The Bisexual,” it follows a thirtysomething lesbian who “comes out” as a bisexual and must deal with the strange repercussions of her new lifestyle. It sounds a bit like “Appropriate Behavior,” but it’s also a funnier slice of life, a true sitcom, and something Akhavan felt could really make her own. Naturally, it didn’t fly in Hollywood.

“Life was so fucking weird after ‘Appropriate Behavior’ came out,” Akhavan said. “I broke up with my long-time girlfriend. My parents started getting a divorce, which took forever, they had a really messy divorce. I went to LA to pitch a TV show, it was rejected everywhere. The next day, I flew to London to do promotion for ‘Appropriate Behavior’ for the UK release, and then I didn’t get back on the plane to come back to the states. I just didn’t get back on the plane.”

Akhavan, who previously attended graduate school in the city, reasoned that if she could get a visa to stay in the UK, it was meant to be. She did, and ended up staying in London. She’s still living there now, and is very happy with her choice. “It hit me, what do I do to make a body of work that I am proud of? Because clearly, the one film is not enough,” Akhavan said. “That didn’t say enough about me to sustain a career in Los Angeles. But then when I went to London, I was offered a lot of work that was on my terms.”

Those terms also meant that Akhavan’s creativity could find other outlets. She started writing a book and working on the screenplay for what would become her “Appropriate Behavior” follow-up, a film version of Emily M. Danforth’s book “The Miseducation of Cameron Post.” Akhavan wrote the film’s script alongside her long-time producer Cecilia Frugiuele (another London resident, whose couch she stayed on during her early months in the city).

And “The Bisexual” got picked up. “I pitched the exact same show in the UK, and had my choice of where I wanted to make it,” Akhavan said, still a little bewildered.

Channel 4 and Hulu teamed up on the project, which Akhavan is currently developing with co-writer Frugiuele. She’s eyeing a February start date, when they’ll churn out 6 episodes, all starring Akhavan as Leila, now imagined as a New York transplant trying to find her way in London while also navigating her complex sexuality.

Before that, though, there’s her long-awaited second feature, set to release sometime in next year after a festival debut. If it sounds like everything started to come together at the same time, that’s exactly what happened.

“After two years of unemployment and just terrible confusion and ‘What the fuck am I doing with myself and my life and how am I going to sustain myself?,’ in one week, five different project got greenlit,” she said. “I went into overdrive. It was a blessing and a curse, then it was like, ‘How am I going to sleep? Everything needs to be done yesterday.‘”

Some projects had to be cut loose – including the Ariel Schrag adaptation “Adam,” which Akhavan was set to direct in November of last year and had to leave because of the decidedly Hollywood problem of scheduling conflicts.

“That’s a project that I love really dearly, it’s a script that’s really close to my heart,” she said. The is currently in production, with “Transparent” producer Rhys Ernst making his feature directorial debut with it, and Akhavan is clear that she’s very pleased it’s still coming to the big screen, with or without her involvement.

Other opportunities unexpectedly panned out, like a starring turn in director Patrick Brice found-footage horror sequel, “Creep 2,” opposite Mark Duplass as a smiling psychopath. Although Akhavan doesn’t consider herself an actor by craft, when Duplass reached out to her about co-starring in the feature as Sara, a disaffected web series creator, she jumped at the chance. And while casting Akhavan – who broke into the business with her own web series “The Slope” – was a funny twist on her own past experiences, the filmmaker took the gig in order to positively impact her future.

“It’s so outside of my wheelhouse, it’s so outside of anything I know,” Akhavan said. “That was the weird thing about shooting it, when we were throwing around ideas, it was really clear that my instincts are way off and I have no business making a horror film. Every idea I had was like, ‘What if they have a conversation about their feelings? What if we had a weird conversation about sexual taboos?'” For her, it became a lesson in collaboration and an invaluable way to watch other filmmakers’ process at the most intimate of levels.

“Watching that kind of filmmaking is really inspiring,” she said. “Whenever shit was going wrong, it became an opportunity to be like, ‘Alright, that means we planned it wrong and now we get to recalibrate and do it right.’ All that matters is that the best idea in this moment is the best idea for the film. You just use the ingredients.”

A month later, she was back on set to film “The Miseducation of Cameron Post,” and newly inspired by the possibilities of indie filmmaking and a DIY spirit that can’t be broken.

“If I’m going to do this, I have to be scrappy and put it together myself,” Akhavan said. “I need to spoon feed to people that I can do these things, I need to find a way to power forward and do it on my own terms and look for opportunities where they’re there.” It only took a couple of years.