From witches to FBI agents to serial killers, TV has always been a welcoming place for romance. 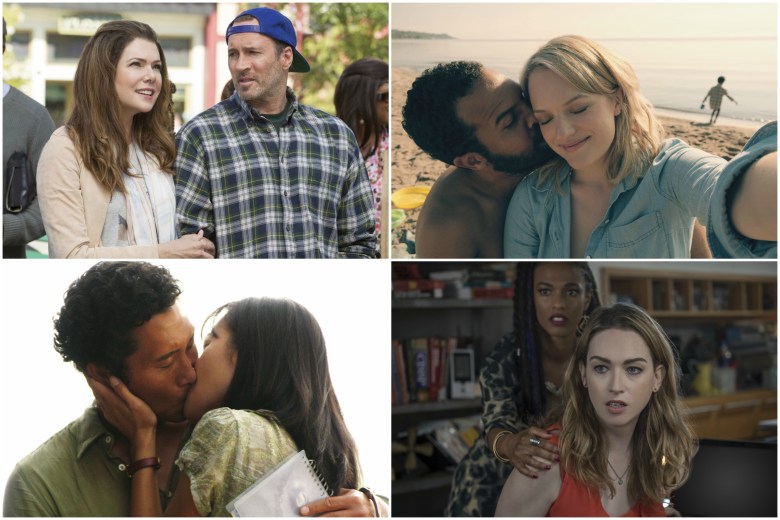 Love stories are often hard to execute on TV, because ongoing shows will try to manipulate romances for plot purposes — yet at the same time, it’s so easy to get hooked on a tale of two people finding each other. The couples featured below have undergone no shortage of strife as they forged their own unique paths, but one thing these narratives all have in common is that they illustrate the ways in which romance can be found in the most unexpected of circumstances, and how it can become the foundation of something so much bigger and profound.

Phillip and Elizabeth Jennings, “The Americans” They met as strangers, but the complicated relationship between these two Russian agents has never lacked for passion and love, even as they find themselves tied up with other partners. Their ultimate fate could go in a lot of different directions, but for right now they remain a fascinating example of two people brought together by circumstances who somehow managed to find real companionship — something that can elude many in the real world. In the aftermath of an apocalypse, the political situation of the 13 colonies following the Cylon attack which begins the “Battlestar Galactica” reboot was shaky. (Though to be clear, that was also what made it fascinating.) And a major part of that was the initial conflict between initial President Laura Roslin and Admiral Will Adama — civilian and military approaches, set up to clash. However, the pair instead became true lifemates, together through the end — quite literally, to tell the truth. It was an unconventional romance, but a fascinating one. As a teen drama, “Buffy the Vampire Slayer” featured no shortage of high-octane romance, but there will always be something very special about one of TV’s groundbreaking same-sex couples, if only because Willow and Tara worked so well together, even though their relationship hit some rocky territory during Willow’s “addition” phase. Ultimately, Willow and Tara will always stand out for their dedication to each other, their mutual passion, and the chemistry between Alyson Hannigan and Amber Benson. They weren’t able to escape the “lesbian death curse” but for three seasons, they represented the sort of love story that TV had yet to fully embrace. At its basic form, coupledom is about the ways you enable each other. For Sharon and Rob on three seasons of “Catastrophe,” that’s been a double-edged sword. In the early going of their unlikely, unplanned partnership, the show drew a real sense of glee from watching these two learn how to fall in love, enhancing each others’ genuine qualities and bad habits in equal measure. Now that the series has extended well past their anticipated one-night stand, these are two married people who know more about each other because they choose to know. One of the funniest shows on TV has become the most raw because that discovery has changed from cute anecdotes to the things that each of them would rather stay hidden. That they’ve stuck by each other and learned to forgive without expunging each other’s guilt is a strangely unique thing on TV. It’s a kind of love that doesn’t always get highlighted in this way — as writers and performers, these two are well-equipped to foster it onto the screen.

Louis and Jessica, “Fresh Off the Boat” Randall Park and Constance Wu, “Fresh Off the Boat”

The parents at the center of this family comedy have a relationship that at times borders on combative, especially when Louis’s big ideas scrape against Jessica’s conservative nature. However, ever since meeting in the bathroom line while fighting mutual cases of food poisoning, they’ve always been a united team. Their story as immigrants working to make a life for themselves and their family would be nothing without that bond. Over the course of five seasons, the characters played by Kyle Chandler and Connie Britton showed us what the best of marriages look like. There are countless moments to mention, but the series finale is perhaps the most striking example. For years, Coach Taylor’s life has revolved around his career as a football coach, which has meant his family has always followed him accordingly. However, at the end of the series, this stops: He chooses to put Tami’s career first, continuing to coach football but in a city where her ambitions can advance. Some of the greatest love stories are about sacrifice — and those sacrifices don’t need to be seismic to be profoundly memorable. “She’s your lobster,” Phoebe Buffay tells Ross Geller during a stressful time in the lead-up to his relationship with Rachel Green. You see, Ross freaks out a lot. Rachel has always been Ross’ dream girl, and for a nerdy science kid to grow up and become friends with her, well, that alone is hard for him to get his head around. It can make Ross a little crazy, even after he and Rachel become more than friends.

“Lobsters fall in love and mate for life,” Phoebe says, explaining her seemingly random reassuring reference, and while we may not see them walking around, holding claws, she’s right — you know, in that Phoebe way where she’s wrong but her point holds up. Even though lobsters don’t exactly mate for life, some people do. Some people commit. Some people know who they want, and that’s it. You’ve got to be a little crazy to do it, but there are people out there who are just the right amount of crazy. As a wise man once said, “Some people hold candles.” Ross always held a candle for Rachel, and his crazy ass kept it lit.

Could Rachel have done better than Ross? Probably. But it’s hard to forget your lobster.

Books and Mylene, “The Get Down” This beautiful tale of young love deserved more time, but like so many tragic romantic tales, its power might almost be enhanced by the fact that it was cut short. That said, the opportunity to watch these two talented artists collaborate further on both a personal and a professional level is one we yearn for. These two characters deserved more time.

Page 1 of 3
Continue Reading: The 25 Best TV Love Stories of The Last 25 Years

This Article is related to: Television and tagged Buffy the Vampire Slayer, Sense8, The X-Files