We all have Jeff Goodwin to thank for the most iconic ear in movie history. 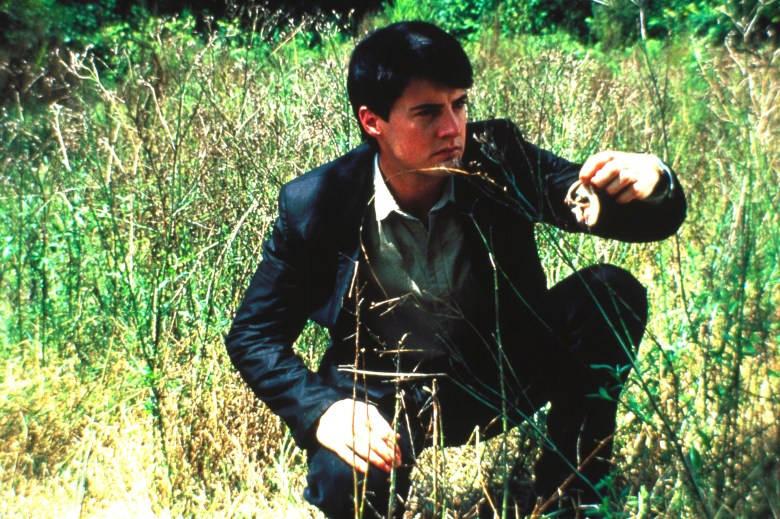 Jeffrey Beaumont (Kyle MacLachlan) returns to his hometown of Lumberton, North Carolina after his father suffers a stroke. While cutting through a vacant lot during a walk home from the hospital, he discovers a severed left ear in the grass. And so begins the mystery of David Lynch’s “Blue Velvet.”

Jeff Goodwin was the makeup supervisor on the 1986 neo-noir masterpiece, and he looks back on the creation of that iconic ear in a new interview with Entertainment Weekly. “Blue Velvet” sent Beaumont into an underworld populated by a seductive lounge singer and a sadomasochistic pimp, but his troubles all started with that bloody, detached ear.

“David and I approached it like a character in the film,” Goodwin tells Entertainment Weekly. “We actually called it Mr. Ear.”

Before joining forces with Lynch, Goodwin worked as a makeup artist on low-budget horror films “Dogs of Hell,” “Cat’s Eye” and “Silver Bullet,” where he was able to flex his talents for creating body prosthetics. “Blue Velvet” was Goodwin’s first major release and getting the severed ear just right was of the upmost important for Lynch.

“My first ears I made, I actually made casts of my own ears. I made them out of material which was kind of the norm back in the day then, which was liquid latex,” Goodwin says. “I took them into David’s office. He was actually on the phone. I put them on the desk. He’s playing with them, looking at them. He gets off the phone and goes, ‘These are great, these are great, but let’s make them adult ears.’ I said, ‘David, those are my ears!’ He looks at my ears and says, ‘You have the smallest ears in the world.'”

Goodwin ultimately used producer Fred Caruso’s ear to make the cast used in the film. He also used David Lynch’s real hair to give the ear some realistic fuzz. Goodwin spotted Lynch getting a haircut from stylist Barbara Page in his trailer and he swept up some of the hair that had fallen onto the floor and punched some of it onto the prosthetic ear. Lynch was unaware of the personal touch until after filming.

“I wanted the ears to have a little wiggle and movement, which I was not getting with the latex,” Goodwin explains of the process. “So I started experimenting with a new material that I was using for mold-making, for the prosthetics and stuff, but I’d never used this material for screen use. That material was silicone. As far as I can tell – and in all my research with friends and people in the business – we can’t come up with an earlier use of silicone in cinema history than that.”

The severed ear is currently on display in the Cape Fear Museum in Wilmington, North Carolina. Head over to Entertainment Weekly to read more from Goodwin’s interview.

This Article is related to: Film, News and tagged Blue Velvet, David Lynch