Robin Campillo tells the story of ACT UP Paris with equal parts humor, joy, and reverence — just as he lived it. 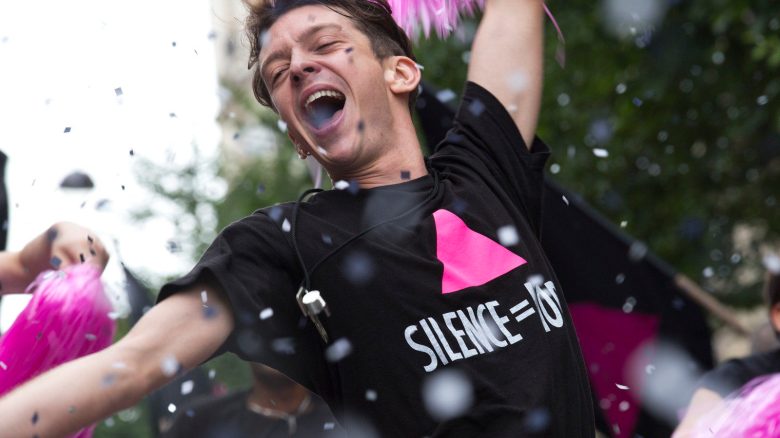 These days, it’s safe to assume that at least one gay-themed film will make its way into awards season. There is no shortage of options among the quality queer cinema set to release this year: Luca Guadagnino’s dreamy romance “Call Me By Your Name” has been an early Oscar contender since its Sundance debut, Joachim Trier’s cerebral sci-fi “Thelma” is Norway’s official entry for Best Foreign Language film, and British filmmaker Francis Lee made a splashy debut with the austere romance “God’s Own Country.” In other words, “Moonlight” was just the beginning.

Queer cinephiles and others can now enjoy a bevy of films that celebrate, investigate, and make poetry from the LGBTQIA experience. Despite the heavy competition, however, Robin Campillo’s exquisite “BPM (Beats Per Minute)” stands out as the most authentically queer film of the bunch. Campillo writes from his lived experience, turning a painful history into a moving and often joyous work of art that bears witness to the past while offering the current generation a seat at the table. France’s Oscar submission for the foreign language category, “BPM” — now in limited release — deserves to go far.

The movie positions the viewer in the midst of a group of young activists running ACT UP Paris, the AIDS advocacy group originally started by Larry Kramer in New York City in 1987. The film exists mainly within the framework of ACT UP: chaotic meetings and heated debates about everything from Pride slogans to pharmaceutical companies, nerve-wracking direct actions involving fake blood balloons and free condoms, and a tender love story. The two hours and 20 minutes fly by, as the film sweeps you up in the chaos and urgency of its world — one where the its characters must constantly keep moving just to stay afloat. According to Campillo, the movie’s form is modeled on what the French call a “river novel”: A very large scale story with a lot of characters. “You are in the flow and you don’t have time to know which character is which,” he said in an interview with IndieWire during the New York Film Festival. “So you are in the chaos, as I was when I went to ACT UP.”

When we meet Nathan (Arnaud Valois), he is a fresh recruit, thrown into his first meeting with a rushed introduction and not even a wink. “You come in the group with Nathan, but you don’t see him so much from the beginning — it’s like you see this film from over his shoulder, Campillo said. “He is the main character, but you are so much in his point of view that you don’t see him.”

While he didn’t intend to make such a long film, Campillo achieved its incredible immediacy by keeping the viewer over-stimulated. “If it’s colorful, your mind is always looking at details, so you cannot get bored,” he said. “You have to be faster than the mind of the spectator. You have to lose the spectator in order to make him think: ‘Where am I? What am I doing here?’ Because the mind is working all the time. It’s more interesting than to be sure of where you are, and there are no contradictions. I think we are all full of contradictions.”

One of the greatest contradictions in the movie is how much fun the characters seem to be having — flirting in the heat of the actions, laughing at the meetings, and going clubbing together after a friend dies. During a recent screening in New York, a man who identified himself as a former ACT UP member came up to Campillo to thank him for showing the joy along with the tragedy. “The first time I got to ACT UP, it was so funny,” Campillo said. “I even asked myself, ‘Where is the disease?’ Because of this joy and jubilation, people were looking so healthy. Of course it was not the case, people were dying.”

It’s this lived-in experience that sets Campillo’s film apart from others about the AIDS crisis, and even other gay films directed by well-meaning straight filmmakers. The main couple share a few sex scenes, each one unique and tender in its own way: Condom talk can be sexy, a back-lit hand job in a hospital bed is an elegant act of devotion, and a grieving partner can solicit casual sex without his love being questioned. In one scene, the two lovers imagine what the other members do for work, laughing at the absurdity of knowing so little about people with whom they share so much.

“I had another life at this time, but I don’t remember it,” said Campillo. “Sometimes, I didn’t know what people were doing for work, because that was not real life. ACT UP was life.”

This Article is related to: Awards and tagged BPM (Beats Per Minute), Robin Campillo