Entertainment Studios bought two Oscar titles and a Keanu Reeves thriller in the last 30 days. Impressive - but does it set him up for burnout or success? 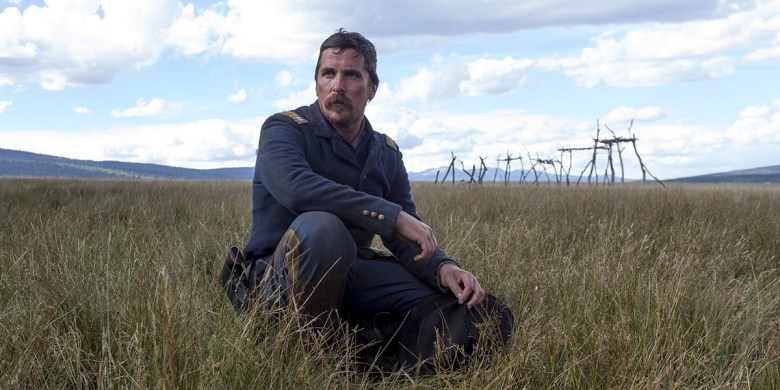 The surprise success of shark movie “47 Meters Down” may be the best thing that ever happened to Byron Allen — or, the worst. His Entertainment Studios bought the title moments before Dimension Films shipped the inventory for its DVD premiere, and — with the help of some $30 million in P&A — it made $43 million at the box office this summer.

Now, Allen has spent the last month on a spending spree. Most recently, it’s “Hostiles,” Scott Cooper’s $50 million-budgeted Western starring Christian Bale that premiered at Toronto. The purchase price is unknown, but he’s reportedly committed to an Oscar-qualifying December release and about $15 million in P&A. That’s in addition to “Chappaquiddick,” another Toronto-Oscar title ($4 million acquisition, $16 million P&A) and Keanu Reeves’ sci-fi thriller “Replicas,” which cost $4 million for North America and is not an Oscar title, but comes with the promise of a wide release.

For the struggling indie film market, an aggressive new buyer is usually exciting news — but in this case, it might be a red flag. Until recently, much of the industry probably wasn’t even aware Allen had a company. He knows that, and doesn’t care; he did just fine, thanks. The former comedian and “Real People” host built Entertainment Studios by hand, starting with the production and distribution of “Entertainers With Byron Allen” in 1993. Now he makes over $100 million annually syndicating and selling ad time on low-budget shows like “Comics Unleashed” and “We the People With Gloria Allred,” which he also broadcasts on his eight TV networks that include Cars.TV, Justice Central, and Pets.TV.

He set his sights on the movie business a couple of years ago, acquiring Freestyle Releasing in October 2015. Allen’s film division is now Entertainment Studios Motion Pictures, and shortly after “47 Meters Down” became the biggest indie hit of the summer, Allen told IndieWire that what he really wants isn’t indie success; he wants to be Walt Disney.

Skepticism aside — or concerns of burgeoning megalomania — Allen’s current pace of dealmaking is impressive. However, history tells us it’s not necessarily how successful independent studios are made. The indie graveyard is filled with dozens of companies that were monied and bold; among the currently struggling are Broad Green, Entertainment One, and Europa Corp. (Relativity Media, RIP.) ESMP is headed by Mark Borde, a distribution veteran who co-founded Freestyle with Susan Jackson in 2003. Freestyle handled distribution for hundreds of films for a variety of producers, including Pure Flix Entertainment’s faith-based 2014 hit “God’s Not Dead” and titles from Bob Yari’s own wannabe mini-major, Yari Film Studios, which filed for bankruptcy in 2009.

Now, Allen has charged him with blazing a path toward not only indie success, or even Oscar success (where he has a first-class assist from awards consultant Lisa Taback), but also creating the foundation of a successful mini-major — the likes of which haven’t been seen since Canadian distributor and producer Cinépix Film Properties slowly morphed into Lionsgate Films and its NYSE-traded Lions Gate Entertainment Corp.

Allen’s high-profile spending strikes a marked contrast to other new players that emerged over the past few years. A24 made its name chasing chic, millennial-friendly films that tap into an underserved niche; Amazon dips into the deep pockets of the world’s biggest online retailer, infusing new life in the traditional specialty market. Allen’s strategy is more difficult to assess: “Our goal is to do 12 to 17 movies a year,” he told IndieWire in July. “I want our movies to be global, and I want them to be family, and I want them to be wide releases. So I’m not looking to do 500-, 800-, 1,000-screen releases. I’m more 2,000-4,000-screen releases. That’s what I want.”

No one expects overnight success; it took more than 20 years for CFP to move from “Sick: The Life and Death of Bob Flanagan, Supermasochist” to Lionsgate’s billion-dollar franchise “The Hunger Games.” Hopefully, Allen isn’t expecting a swift ascension, either. Buying three high-profile films in 30 days is certainly one way to ensure the industry knows his name as a serious player; to be taken seriously is a much longer, and slower, process. The film industry needs a Byron Allen, perhaps more than ever — but those who aren’t taking his money hope that he has the long-term patience and discipline necessary to become Walt Disney.

This Article is related to: Film and tagged Byron Allen, Chappaquiddick, Hostiles