Caitlin O'Heaney alleges that Kilmer punched her during an audition scene for the Oliver Stone film, leading to a confidential settlement and an NDA she now regrets signing. 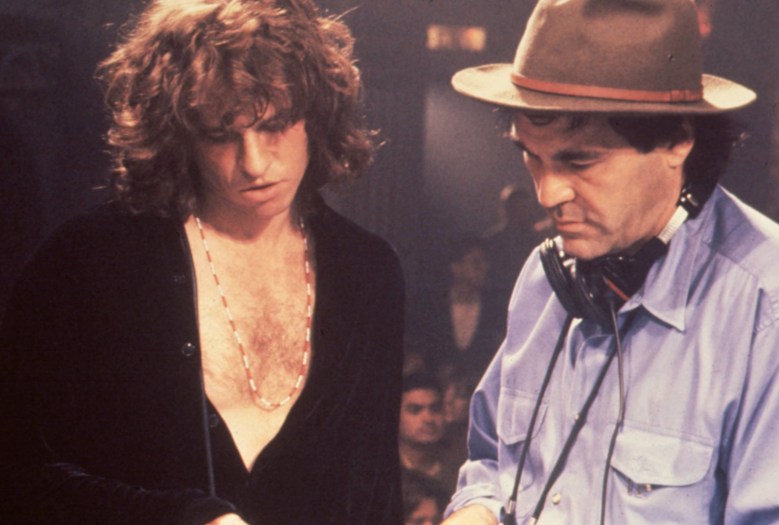 Val Kilmer and Oliver Stone on set of “The Doors”

Former actress Caitlin O’Heaney has joined the chorus of women speaking out about their experiences being assaulted in the entertainment industry. The “Tales of the Gold Monkey” star spoke to BuzzFeed — breaking a decades-old settlement and nondisclosure agreement in order to do so — about an alleged assault at the hands of actor Val Kilmer during an early audition for the Oliver Stone docudrama film “The Doors.”

In 1989, O’Heaney was set to audition for the lead female role in the film about Jim Morrison and his sixties-era rock band, Morrison’s girlfriend Pamela Courson (the role later played by Meg Ryan in the film). Her audition pages included a scene in which Morrison and Pamela get into an argument, and while the scene involves the throwing of objects at each other, it does not include any hitting or slapping.

O’Heaney explained that “during the audition, Kilmer unexpectedly struck her in the face and knocked her to the ground.” She added, “When I got to the room and Val Kilmer picked me up and shaked me, throwing me down to the floor…Stone just stood there the whole time laughing.”

The actress filed a preliminary police report for battery with the Los Angeles Police Department about a month after the incident occurred. O’Heaney provided the outlet with a number of supporting documents, including “a police report from the time, the confidential settlement signed by her, Stone, and Kilmer, and a check made to her from a company attached to the film for $24,500.”

O’Heaney said that she regrets entering into the settlement. “I was so traumatized that, against my better judgment, I signed that document, which says I can never speak about this,” she told BuzzFeed. “If this was something that happened nowadays, I wouldn’t sign it.”

She no longer works in the industry, and says that her acting prospects dried up soon after she signed the agreement.

While neither Kilmer nor Stone have so far answered BuzzFeed’s request for comment, lawyer Norman Oberstein, who represented the pair at the time, attempted to paint the incident as a “workplace mishap,” telling the outlet that this particular case is “not one of them,” in reference to the uptick in stories about sexual abuse in the workplace. “I doubt your article is exploring workplace mishaps during the acting out of a scene,” he wrote to BuzzFeed in an email.

BuzzFeed also spoke with Risa Bramon Garcia, the casting director for “The Doors,” who was also present during the audition. She told the outlet that “she was surprised by O’Heaney’s allegations because the actor ‘seemed fine when she left’ the audition.”

O’Heaney told the outlet that “she is speaking out now because the women who came forward to accuse Harvey Weinstein of sexual assault and harassment gave her the courage to do so.” On the heels of copious allegations against powerful men, including Harvey Weinstein, Bill O’Reilly, and James Toback, more and more victims are feeling empowered to speak out. Earlier this week, a former Weinstein assistant also broke her own NDA to share her story.

“Women have come together, saying, ‘We’re not going to be fucked by you,'” O’Heaney told BuzzFeed. “I finally have the confidence to speak about this. It’s too long that I’ve sat on this story.”

You can read the full BuzzFeed article — and see the accompanying documents — right here.