"Episodes" came to a close in the only way it could, and IndieWire spoke to the creators who brought it together so beautifully. 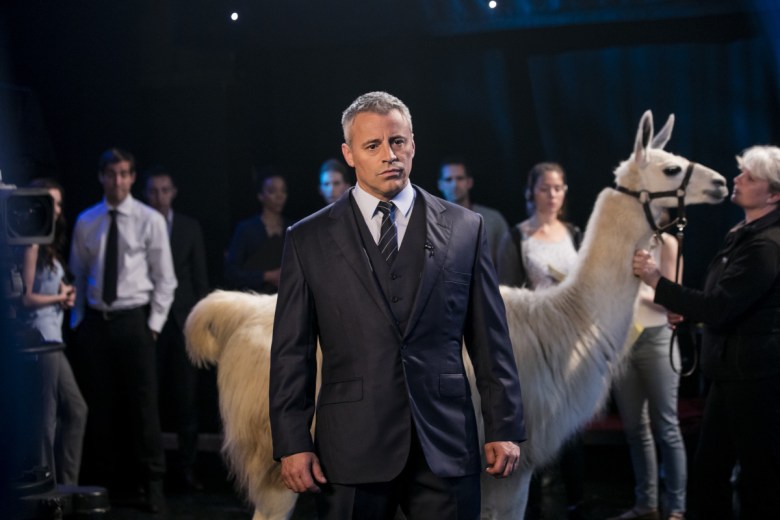 It’s official: There are no more “Episodes.”

David Crane and Jeffrey Klarik’s award-winning Showtime comedy came to a close Sunday night, and as sad as it is to say goodbye, the brilliantly meta Hollywood satire delivered an ideal ending. Both surprising and fitting, the final moments of “Episodes” came together in a way that felt inevitable only after it happened.

After confronting Matt (Matt LeBlanc) over why he passed on the script they created together (kind of), Beverly (Tamsin Greig) and Sean (Stephen Mangan) came to terms with the cold hard truth: Their latest pilot wasn’t very good. So, in a burst of inspiration, Sean wrote a new pilot that everyone loved, including Matt. The three patched up their thorny fallout and committed to the new project, which turned out to be…

“Episodes!” That’s right. Completing the meta arc that began by casting Matt LeBlanc as Matt LeBlanc, it turns out Sean and Beverly were the co-creators of the very series we just finished watching. The last scene of the series shows the main characters — Matt, Sean, Beverly, Merc (John Pankow), Carol (Kathleen Rose Perkins), and more — gathered to watch the first episode, with an identical title sequence to what introduces “Episodes” every week plays on screen. The only change: In this alternate reality, LeBlanc still plays LeBlanc, but Beverly is played by Emma Thompson and Sean is played by Kenneth Branagh.

“We said, ‘She’s a young Emma Thompson type.’ And he’s kind of a Kenneth Branagh. So once we started thinking about the logistics — the money and getting to direct Emma Thompson [laughs] — I thought, ‘You know what? Let’s just use a little ingenuity and not actually see it, but think about it.’ It seems like such a perfect fit when you see it on screen.” Much like Beverly and Sean — but without any resistance —  Klarik and Crane said they always knew “Episodes” had to star Matt LeBlanc.

“He kind of kids around out in interviews,” Klarik said of LeBlanc. “He says [he took the role] ‘after [David] Schwimmer turned it down.’ But no. It was never [anyone else]. Schwimmer is not a punchline. Joey is a punchline.”

“When [Matt] says, ‘You know I’m the only one who could do this,’ that’s how we felt about our show,” Klarik said. “If it’s not Matt, then we wouldn’t have done it.”

“When we pitched it to him five seasons ago, we said to each other, ‘If he doesn’t want to do this, we’ll come up with a different show,'” Crane said.

Crane said they came up with the ending about midway through writing the final season, adding little (brilliant) touches like the ageless Morning Randolph (Mircea Monroe) playing herself and Merc ending up with the starlet. They weren’t worried about getting “too meta” with the ending. “At this point, we can’t be,” Crane said. “We are so far down the rabbit hole. It’s all good.”

But the ending is a bit open to interpretation. Even though “Episodes” obviously worked out great for Klarik and Crane — spanning five seasons, winning LeBlanc a Golden Globe, and snagging eight Emmy nominations — there’s no guarantee the process will be as smooth for their onscreen counterparts, Beverly and Sean. After all, the series ends with them in the screening room. The show isn’t even on TV yet.

“I think you kind of think, ‘OK, they’re finally doing a show that they’re passionate about, they’re writing what they know, it’s all gonna work out fine.’ And then at the very end, Matt leans in and you think, ‘OK, it’s not gonna be as wonderful as they thought it was gonna be. They still have that dynamic to deal with,'” Klarik said. In the series, Matt came to represent the best and worst of Hollywood. The two writers needed him to get their first show off the ground, and they need him again for their passion project. (No one else could do it, remember?)

“As Sean says in the episode, anything wrong that happened to them can be taken back to Matt, but at the end of the day you gotta have Matt. It ends up as he says, ‘Love is love is love,'” Crane said.

This kind of dynamic highlights what made “Episodes” such a delight over its five-year run. Though never light on satirizing the most preposterous elements of Hollywood, Sean, Beverly, and Matt’s relationship grounded the series in an authentic emotional center.

As much was evident when Matt tried to avoid speaking to Beverly and Sean at the beginning of the episode: He used his position to try to hide from them — classic Hollywood cowardice — but once they were in the same room, it was clear he was quite torn up about rejecting their offer. Later, with his apology turd, viewers saw LeBlanc as remorseful as he’s ever been, even if he secretly wanted something as well.

“I think it’s probably the episode that we re-wrote more than virtually any other, just because you so want to get it right, and it’s so hard.”

Such deft balancing is the mark of great writing, and Klarik and Crane delivered a finale worthy of the stellar work that led up to it.

This Article is related to: Television and tagged Episodes, Matt LeBlanc, Showtime