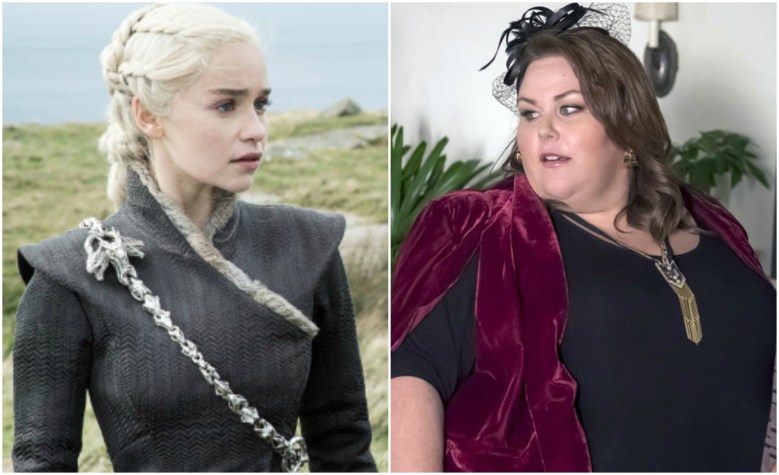 “Game of Thrones” has remained a powerful force in on-demand viewership, weeks and months after Season 7 ended. But streaks are meant to be broken: According to the most recent weekly report from Xfinity, NBC’s “This Is Us” has taken over as the new most-viewed on-demand series on the service.

Viewers can’t get enough of “Thrones,” which had been the No. 1 show on Xfinity On Demand every week since May 22 — essentially, since the end of the regular TV season. But now that fall TV is officially underway, it’s probably no surprise that audiences are now looking to catch up with the Pearsons of “This Is Us.”

Users are also sampling new series on demand including ABC’s “The Good Doctor,” HBO’s “The Deuce,” Fox’s “The Orville,” and ABC’s “Marvel’s Inhumans.”

Meanwhile, the second week of the new season (Oct. 2-8) saw ratings come down a bit back to earth. Football dominated as usual in adults 18-49, while “The Big Bang Theory,” was once again the leader with all viewers (17.9 million, down from the previous week’s 22 million).

The top-rated entertainment show in adults 18-49 (including three days of DVR and VOD usage) was “This Is Us,” while “The Good Doctor” continues to amaze as the freshman series with the biggest open. The medical drama was the most-watched new show last week, and also the highest rated in the demo.

This Article is related to: Television and tagged Game of Thrones, Ratings, Ratings Watch, This Is Us