17 years after being introduced to the world, David Dunn is finally back in front of the camera as production begins on "Glass." 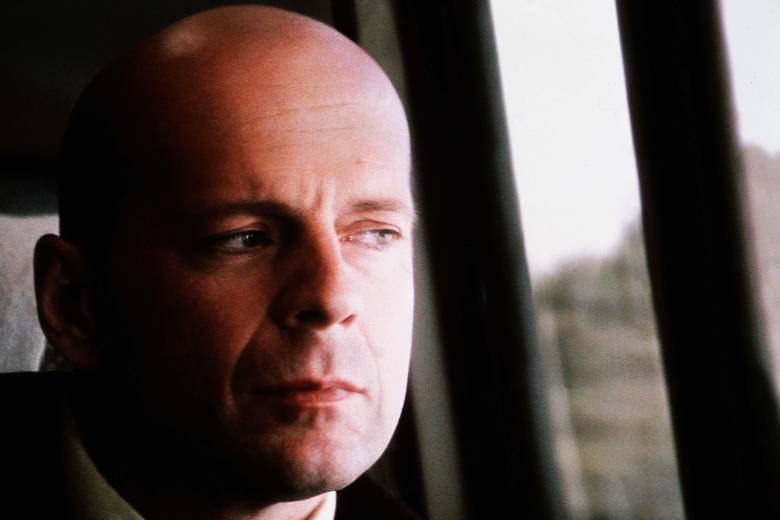 The M. Night Shyamalan renaissance is going to hit its peak in 2019 with the release of “Glass.” The movie culminates a years-in-the-making passion project for the director, who was nearly driven out of Hollywood forever after a string of critical and commercial flops. Shyamalan would probably be the first to tell you he never thought he’d be returning to the world of “Unbreakable” after 17 years, but the director’s comeback with producer Jason Blum has made it all possible.

“Glass,” the sequel to both “Unbreakable” and “Split,” has officially kicked off production this month and will be released by Universal Pictures on January 18, 2019. “Split” proved to be a hit with critics and audiences, and the last second reveal of Bruce Willis’ David Dunn confirmed Shyamalan had much larger plans for his own superhero universe.

As cameras start rolling on “Glass,” here’s everything you need to know about the movie right now.

The “Unbreakable” sequel has long been the one that got away for Shyamalan. When the drama debuted in 2000 and audiences became aware that it was actually a superhero origin story, fans began speculating over whether or not the director was planning a larger trilogy for his hero, David Dunn. Shyamalan did not write “Unbreakable” as the first movie in a larger franchise, although he realized there was sequel potential in 2001 when DVD sales proved mega-successful.

Unfortunately, “Unbreakable” was not the greatest box office success, grossing only $95 million domestically opposite a $75 million budget. Shyamalan approached Touchstone Pictures for a second film, but the box office returns weren’t enough to get the studio on board. The movie grew in popularity each year, but Shyamalan always said the low box office kept preventing him from making a new Dunn film, which is why he went ahead and made a stealth sequel in the form of “Split.” The Trilogy is a Natural Extension of “Unbreakable”

Unlike a majority of Hollywood franchises, Shyamalan’s trilogy is not a money grab or a forced universe but a natural extension of the original film. The director revealed during the press rounds for “Split” that James McAvoy’s character, Kevin Wendell Crumb, was actually written into the original “Unbreakable” script. Shyamalan decided to cut Crumb and his alter ego, The Beast, from the movie because he felt the character’s inclusion made the plot just a little too jam-packed. He ended up expanding the original scenes he wrote for “Unbreakable” and filling out Crumb’s backstory to create the “Split” screenplay. Now the two characters will finally come face to face as originally intended in “Glass.”

Cameras only just started rolling on “Split,” but the movie does have an official synopsis from distributor Universal Pictures. The official plot reads: “Following the conclusion of ‘Split,’ ‘Glass’ finds Dunn pursuing Crumb’s superhuman figure of The Beast in a series of escalating encounters, while the shadowy presence of Price emerges as an orchestrator who holds secrets critical to both men.”

“It’s very different. I would say it’s not a Marvel movie, but a superhero movie,” Blum told Collider earlier this year. His comment shouldn’t come as a surprise to anyone familiar with the grounded realism of “Unbreakable.” The Main Casts of “Unbreakable” and “Split” Are Returning

The financial success of “Split” made it likely that stars James McAvoy and Anya Taylor-Joy would return for a follow-up, and Bruce Willis was a no-brainer given that his cameo appearance at the very end of the movie is what revealed “Split” to be taking place in the same universe as “Unbreakable.” But Shyamalan has managed to get a lot of the cast that he worked with 17 years ago on “Unbreakable” to return for the sequel. Samuel L. Jackson will of course be reprising his role as the titular villain, but so will Spencer Treat Clark as David Dunn’s now-adult son, Joseph Dunn, and Charlayne Woodard as Elijah Price’s mother. The only main character not on the cast list is Robin Wright, who played Dunn’s wife. Wright may not be announced, but Shyamalan fans know to expect a surprise or two. Joining the cast in a still-secret role is Sarah Paulson.

Blumhouse is Leading the Charge

Shyamalan’s career was on the fritz after the critically reviled hat-trick of “The Happening,” “The Last Airbender,” and “After Earth,” so much so that it didn’t seem likely any studio would be willing to take a chance on the director once considered the next Steven Spielberg. That’s where Jason Blum comes in. The horror producer took Shyamalan’s vision and built it according to his low-budget strategy for “The Visit,” which became a fall sleeper hit in 2015 with $95 million worldwide opposite a $5 million budget. The movie’s success was a minor comeback for Shyamalan, who remained with Blum to get “Split” made and found even greater success. “Split” ended its run earlier this year with $276.9 million worldwide, a blockbuster number given than Blumhouse spent only $9 million to produce it. The third time is bound to be the charm for Shyamalan and Blum on “Glass.”

“Glass” is Shooting For 39 Days in Philadelphia

Shyamalan officially kicked off production on October 2 in Philadelphia after two weeks of rehearsals with all the main actors. He confirmed via Twitter that principal photography is expected to last 39 days and that his shooting script clocks in at 134 pages, down 8 pages from his original draft.