Among the issues on the table: Running TWC in a power vacuum and the prospect of Quentin Tarantino making his first movie without Harvey. 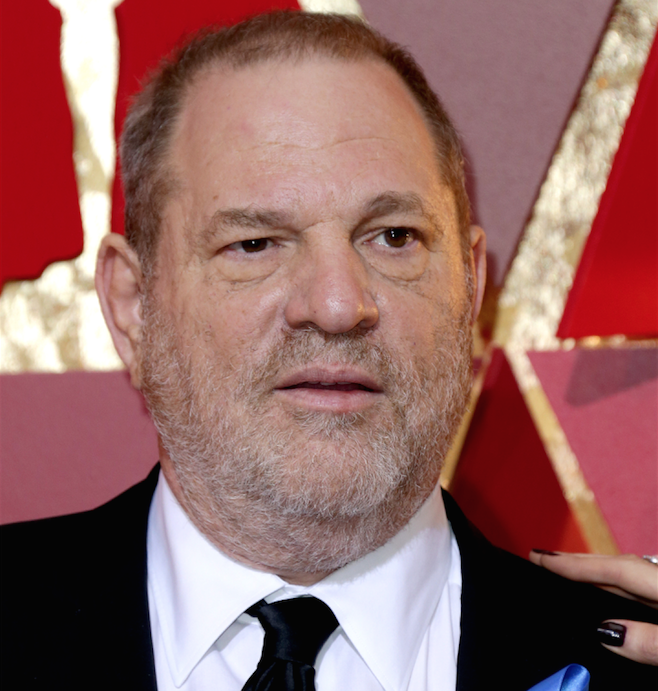 Harvey Weinstein at the 2017 Academy Awards

Now that Harvey Weinstein — a five-time Best Picture winner who spent two decades as one of the most powerful and feared Hollywood personalities — has been terminated as co-chairman of The Weinstein Company following sexual harassment allegations from at least 10 women, many unknowns remain about the studio’s future.

A rep for TWC said, “I can provide no further comment at this time.” Nevertheless, here are the three of the most pressing questions.

Who will run The Weinstein Co.?

TWC’s board — down from seven to four as Marc Lasry, Tim Sarnoff and Dirk Ziff resigned in the wake of the Oct. 5 New York Times investigation detailing Weinstein’s impropriety —confirmed to Variety that for now, Weinstein’s brother and the company’s co-founder, Bob, will jointly helm TWC with chief operating officer David Glasser. This transition of power would have sounded preposterous in Summer 2015, per Deadline, when Glasser tendered his TWC resignation.

Glasser, then seven years into a tenure that began as president of international, was persuaded to stay by the Weinsteins and the company’s Comp Committee. However, one source told IndieWire that the Weinsteins hadn’t spoken in months prior to this week’s revelations. This could be a long-awaited rise to power for Glasser, but he will also have to deal with a damaged brand, long-term financial issues, and a power vacuum where Harvey Weinstein used to be.

What will happen to The Weinstein Co.’s projects?

Weinstein’s ousting could have a ripple effect on several productions. On Wednesday, Weinstein told Variety that “he was too busy in the editing room working on ‘The Current War'” to address the then-impending report from the New York Times. That film is currently slated for a Oscar-qualifying run, but Alfonso Gomez-Rejon’s biopic about rival electricity pioneers Thomas Edison (Benedict Cumberbatch) and George Westinghouse (Michael Shannon) received withering reviews at its Toronto Film Festival premiere.

“The Upside,” starring Bryan Cranston and Kevin Hart, is also slated for a qualifying run in advance of its March 2018 release, but TWC’s best chance for 2018 awards sits with August release “Wind River” starring Jeremy Renner and Elizabeth Olsen.

Next year, “Paddington 2” is slated for a January 2018 release, and “Mary Magdalene” from director Garth Davis is expected in March, starring Joaquin Phoenix and Rooney Mara as Jesus Christ and Magdalene. Additional 2018 releases include “Hotel Mumbai,” a historical saga about the terrorist attacks that occured in India’s most populous city in 2008. Directed by Australian filmmaker Anthony Mara, the “Hotel Mumbai” cast that Dev Patel and Armie Hammer. Also due is “Fahrenheit 11/9,” Michael Moore’s “Fahrenheit 9/11” sequel about Donald Trump’s election. (Moore sued TWC for profits on that film, but settled the case.) Finally, there’s Quentin Tarantino. Slated for 2019 is his ninth film, which centers on the Manson family and the 1969 murder of Sharon Tate. Tarantino has never made a film without Harvey Weinstein in his corner, and Page Six reported that Weinstein hosted a Manhattan engagement party for Tarantino and fiancée Daniella Pick last month.

What happens to Weinstein next?

When Weinstein first announced an indefinite leave from TWC in The Times article, reporters Jodi Kantor and Megan Twohey noted that he was seeing therapists, which Weinstein confirmed in a statement later that day. In his first interview after the scandal broke, he told Page Six that his wife of a decade, fashion designer Georgina Chapman, “stands 100 percent behind me.” He also used that interview to announce his plans to sue The Times for their “reckless reporting,” and one of his remaining legal advisers is Charles Harder, who helped win Hulk Hogan a $31 million settlement against Gawker. However, it’s unclear if he’ll follow through on that threat without TWC’s support — especially because a lawsuit would open him up to discovery. Jason Blum at the premiere of “Split”

It’s also unclear whether, like Bill Cosby, he could face criminal prosecution. Several potential statutes of limitations related to Weinstein have likely passed; The Times chronicled alleged harassment dating from the early ’90s to 2015.

Said Blum: “I think it’s sad, and I was a junior executive there so I heard rumors” about Weinstein, although he “didn’t know any of the stuff that’s coming out, so it’s alarming.”

According to his still-present bio on TWC’s website, Weinstein worked on films that received 303 Oscar nominations and 75 wins. That’s a countless number of collaborators both above and below the line, and Hollywood is reeling. The one certainty is that the Weinstein brothers’ storied professional partnership has ended — and there’s little chance it will rest in peace.

Jamie Righetti contributed to this report.

This Article is related to: Film and tagged Harvey Weinstein, Sexual Harassment, The Weinstein Company