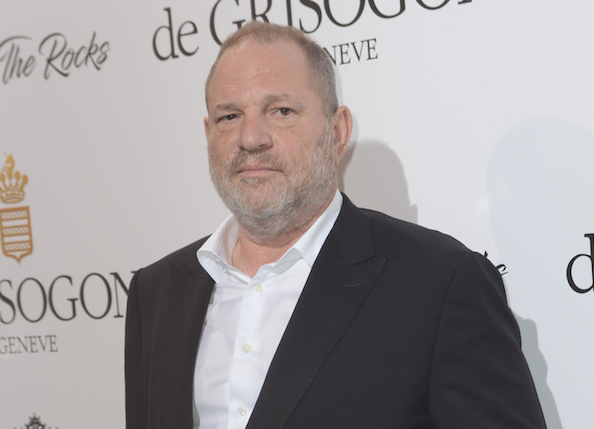 The New Yorker has published another damning report on Harvey Weinstein’s history of sexual harassment in which three women — including actresses Asia Argento and Lucia Evans, and an accuser who is remaining anonymous — accuse the former studio head of rape. Argento said Weinstein forcibly performed an oral sex act on her in 1997, while Evans says Weinstein forced her to perform an oral sex act on him in 2004.

“He forced me to perform oral sex on him,” Evans told The New Yorker, describing how Weinstein took his penis out of his pants and pulled her head down onto it. “I said, over and over, ‘I don’t want to do this, stop, don’t,’ I tried to get away, but maybe I didn’t try hard enough. I didn’t want to kick him or fight him. He’s a big guy. He overpowered me. I just sort of gave up. That’s the most horrible part of it, and that’s why he’s been able to do this for so long to so many women: people give up, and then they feel like it’s their fault.”

Argento echoed Evans’ statement, saying, “I know he has crushed a lot of people before, That’s why this story—in my case, it’s 20 years old, some of them are older—has never come out.”

Argento was 21 when she said Weinstein’s producers invited her to a Miramax party at the Hôtel du Cap-Eden-Roc on the French Riviera. She attended the event, only to find out there was no party and she was left in a hotel room with only Weinstein in a bathrobe and holding a bottle of lotion.

“He asks me to give a massage. I was, like, ‘Look man, I am no fucking fool,’” Argento said. “But, looking back, I am a fucking fool. And I am still trying to come to grips with what happened.”

According to the actress, Weinstein pulled her skirt up and and performed oral sex on her. “He terrified me, and he was so big,” she said. “It wouldn’t stop. It was a nightmare.” Argento admits she let Weinstein continue just so that the encounter could end since she was incapable of defending herself.

The Weinstein Company’s Board of Representatives released a statement following the New Yorker article, which read, “The Weinstein Company’s Board of Representatives – Bob Weinstein, Lance Maerov, Richard Koenigsberg and Tarak Ben Ammar – are shocked and dismayed by the recently emerged allegations of extreme sexual misconduct and sexual assault by Harvey Weinstein. These alleged actions are antithetical to human decency. These allegations come as an utter surprise to the Board. Any suggestion that the Board had knowledge of this conduct is false. We are committed to assisting with our full energies in all criminal or other investigations of these alleged acts, while pursuing justice for the victims and a full and independent investigation of our own.”