IndieWire Honors: Wilmore shares his experience in helping Rae create and write the pilot episode to the HBO comedy. 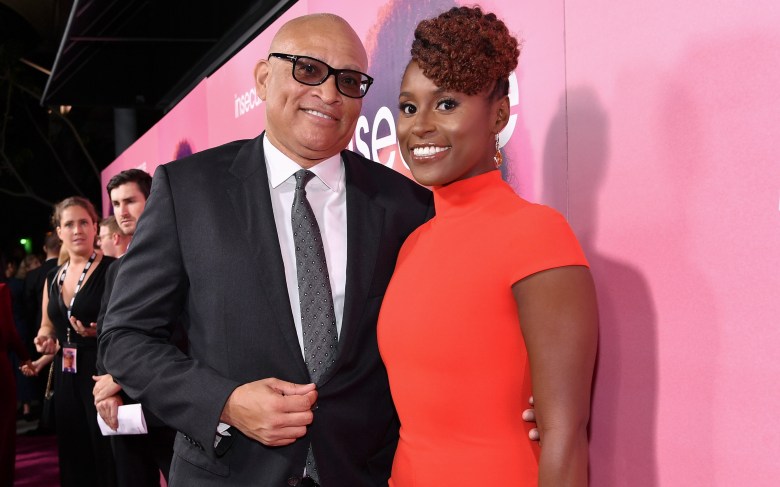 Issa Rae is one of the six names in entertainment being celebrated at the inaugural IndieWire Honors on Nov. 2. Her voice and creativity showcased on HBO’s “Insecure” has earned her the Vanguard Award for television. Larry Wilmore, who co-created the series and co-write the pilot, shares his thoughts on collaborating with Rae, as told to IndieWire:

It was late spring of 2013, I believe. When I was asked about meeting with her from my manager, I wasn’t aware of her web series [“The Misadventures of Awkward Black Girl”]. When they brought it up, I took a look at her web series, and it was one of those “fall in love at first sight” type of things. I just thought it was great. So much potential in it.

It was the way she chose to tell the story, and the tone that she struck, which is different than most people try to do. It was very quiet, present day, and a lot of observational comedy. Her behavior was put over just like silly jokes. It almost had kind of a tone of “The Office.” And just to take the idea that instead of being brash or outspoken — which a lot of people do with that point of view, especially when you see the the stereotypical black woman on television — [Issa] was the opposite. She was reserved and she was shy and awkward and she was playing off of that. And I thought it was fascinating and so much fun to watch.

We joked about that first meeting for a long time because it was one of those things where you just hit it off with somebody, and you’re making each other laugh. It was weird to say this, but it felt like a first date, in some ways, even though it wasn’t romantic at all. It was a creative flirtationship, is what it was. I liked her so much and just her vision and everything.

HBO was looking for me to possibly supervise her project, as somebody who had a lot of TV experience, to lend her a supervisory role. At the time, I wasn’t really doing anything, and I said, “Hey, do you want to just write this together? I’d like to just collaborate with you.” We had one of the most fun summers just working on this project together, and hanging out and figuring out what the show was going to be.

I knew that what she wanted to do was tap into herself and draw from her experiences as she had done before. What’s difficult about that type of thing is you want to avoid just traps that are out there when you’re coming up with an idea. You want to stay as organic as possible at the beginning, and really try to put down on paper the things that are going to be meaningful in the series and to expand on this. It was almost like an interview, me just probing her with a lot of questions about her life and finding the things that can dive into the show, and laughing about it, and expanding on that.

It wasn’t just like stuff that happened to her, but her point of view, and just thinking about character and pushing each other along the way. It was really a give-and-take type of train. And I was thinking the whole time, “This person is not new, she is great, it seems like she has been doing this for years.” Even though she hadn’t done much writing in television, she had the web series and other things. She is very entrepreneurial, and her talent belied her experience. 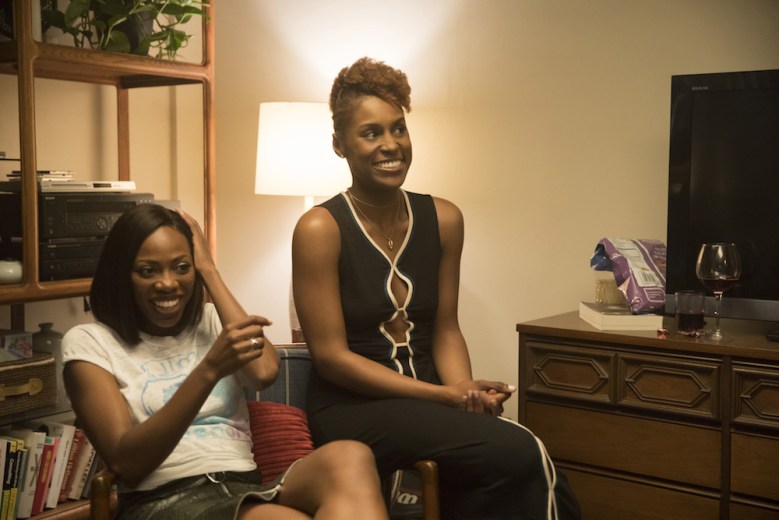 When a creative process works well, you have trust between each other. You can push each other into areas that you would never have gone to, or make people stick with something that they may not be sure about. Or you find things together along the way that you never would have found by yourself. It is the one plus one equals three type of thing. I know that we had a lot of chemistry working together. The process felt very easy for us.

Trust definitely is something you look for. If you get along with the person, if you tend to laugh, I think that’s important because it means you’re showing the same kind of sensibilities. The word “freaky” comes into my mind. She sneaks up on you in a lot of different ways. Sometimes she is darker than you think she would be in terms of her point of view. She is naughtier than you think she is going to be when you first meet her. She’s very adventurous, but she has very good story instincts, not just crazy ideas. She has a really good sense of what should be in a story and what shouldn’t.

Technically, she’s very good too. She comes fully formed as an experienced writer, not just somebody who has talent. It’s very rare. I’ll put it like this: I didn’t have what she has when I was at that stage. It took years to develop some of those traits. That’s why I’m very much in awe of it and that type of thing.

There is an aspirational quality to her, an eagerness to Issa, also. If you’re a young person, especially, it’s easy to look up to her as this role model. I find her a mini-Oprah in some ways because she has this entrepreneurial quality about her where she’s just fierce in terms of her work ethic and how she views the business. She’s not just an actress or even a writer. She really is an executive to be reckoned with. Because of those qualities, there is a power she has that you can see in her. I think when you look at that, especially as a young person, you want to follow that, you want to be a part of that. I think she exudes that. It’s kind of a strength that she has.

—as told to Hanh Nguyen

IndieWire Honors is presented by Vizio and DTS with premier support from Harold Ramis Film School at The Second City.