The Oscar winner starred in numerous films produced by Weinstein and says she "never had a personal experience like this." 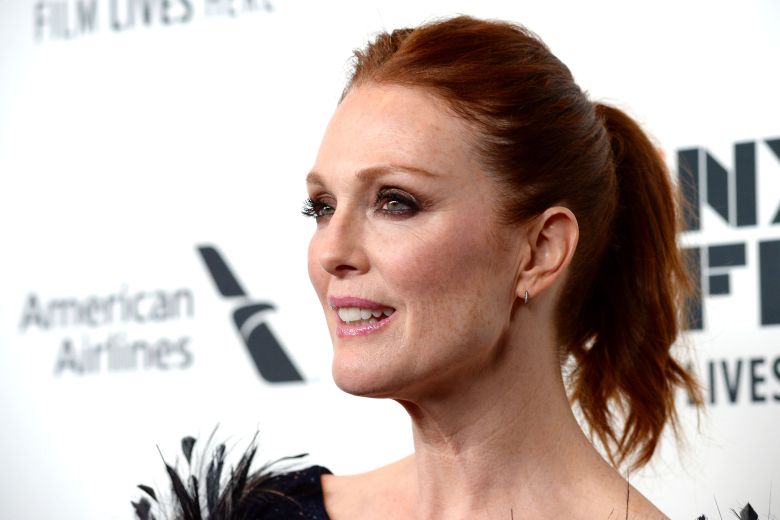 Julianne Moore has been supporting the accusers of Harvey Weinstein ever since the first report from The New York Times broke on October 5. In a pair of statements posted to her Twitter account, Moore praised the likes of Ashley Judd and Rose McGowan for their bravery in revealing Weinstein’s history of sexual harassment, saying, “Coming forward about sexual abuse and coercion is scary and women have nothing to be gained personally by doing so…through their bravery we move forward as a culture, and I thank them.”

But that’s not all Moore has said about the Weinstein scandal. The actress appeared on an episode of MSNBC’s “Deadline: White House” and once again stood by the accusers.

“I think it’s important in any kind of situation to speak up, just the way we kind of speak up about gun violence and gun safety, too, because the more people talk, the more people come forward,” she said. “We are social animals, we all want to feel included and to be heard and to know that people have our backs, so, yes, absolutely, it’s really, really important because it is a scary thing and it’s important that we rectify the situation.”

Weinstein has been accused of sexual assault by dozens of women, including high profile actresses like Gwyneth Paltrow and Angelina Jolie and supermodels such as Cara Delevingne. Three women have even accused Weinstein of rape, including actress Asia Argento. Many of the stories tell a similar tale of young actresses meeting Weinstein in a hotel room where he dressed in a bathrobe and requests a massage or other physical activity. Moore says she “never had a personal experience like this” but understands why it’s so difficult for young women to get out of situations like this.

“It’s very difficult to be 21, 22, 23 and feel like you have any personal power,” she said. “It’s way different when you’re 40 or 45 and then kind of like ‘No, this is not for me.’  But these were really, really young women when that happened. I think any job, where you’re just entering the workforce, you don’t know what the rules are. You don’t know what you’re supposed to do, you feel like you’re just supposed to do what you’re told. You’re trying to figure it out and it’s difficult when anybody’s in kind of a powerful position to feel that you have a voice that’s equal to theirs.”

Moore can next be seen on the big screen in Todd Haynes’ “Wonderstruck.” She has starred in numerous films produced and/or distributed by Weinstein, including “The Hours” and “A Single Man.” Moore is currently signed on to star in David O. Russell’s Amazon television series opposite Robert De Niro, but the company is now reviewing whether or not it wants to move forward with the series given that The Weinstein Company is involved.

This Article is related to: Film and tagged Harvey Weinstein, Julianne Moore