Kevin Smith has made a vow to donate to Women in Film for the rest of his life. 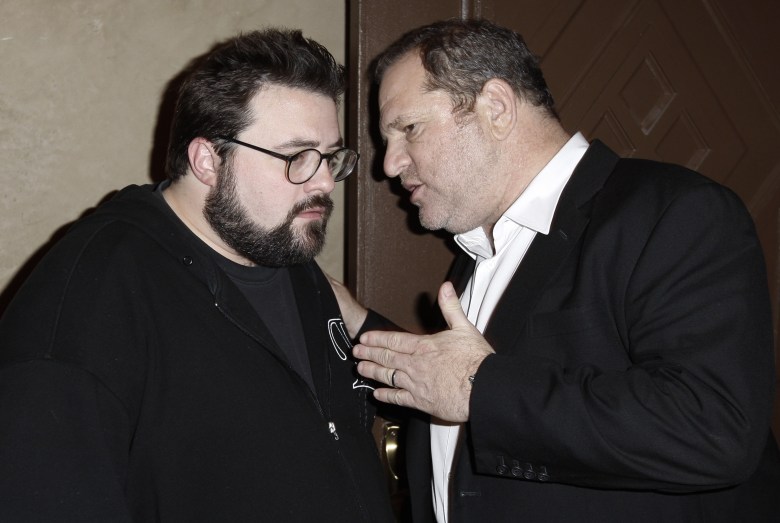 “My entire career is tied up with the man,” Smith said. “It’s been a weird fucking week. I just wanted to make some fucking movies, that’s it. That’s why I came, that’s why I made ‘Clerks.’ And no fucking movie is worth all this. Like, my entire career, fuck it, take it. It’s wrapped up in something really fucking horrible.”

Smith has vowed to donate any future residuals he’ll make off the movies he made at Miramax to the non-profit organization Women in Film, which advocates for gender parity in the industry. The director also said that should he no longer receive residuals if The Weinstein Company closes its doors then he’ll donate $2,000 a month to the organization for the rest of his life.

“That feels like a start,” Smith said. “Hopefully that goes to people that get to make shit without having to deal with some fucking animal saying, ‘Here’s the price.'”

Smith records the “Hollywood Babble-On” podcast in front of a live audience. When an audience member shouted out that Weinstein’s actions weren’t his fault, he replied that he isn’t “looking for sympathy” but is merely trying to come to terms with how to live with his success now that he knows it was started by an alleged sexual abuser.

Smith first reacted to the Weinstein scandal publicly in an October 9 post on Twitter, in which he said he “felt ashamed” over the fact that he was profiting while others were in pain. Visit Smith’s “Hollywood Babble-On” podcast for more on his Weinstein thoughts.

This Article is related to: Film and tagged Harvey Weinstein, Kevin Smith