"Star Trek: Discovery" actor Anthony Rapp says Spacey made sexual advances towards him when he was only 14 years old. 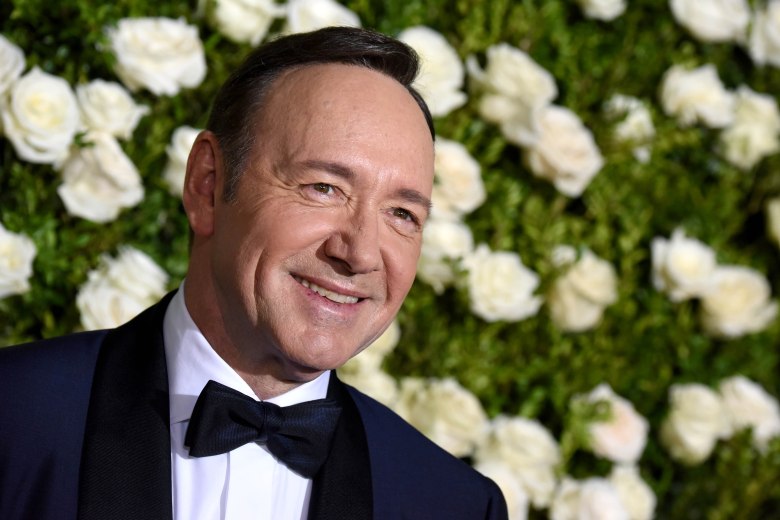 UPDATE (October 30): GLAAD president and CEO Sarah Kate Ellis has issued the following statement on Spacey’s coming out: “Coming-out stories should not be used to deflect from allegations of sexual assault. This is not a coming-out story about Kevin Spacey, but a story of survivorship by Anthony Rapp and all those who bravely speak out against unwanted sexual advances. The media and public should not gloss over that.”

UPDATE 2 (October 30): Zachary Quinto has issued his own statement on the accusations against Kevin Spacey. Quinto starred opposite Spacey in J.C. Chandor’s “Margin Call,” which the former also produced.

Kevin Spacey is drawing the ire of Hollywood for publicly coming out as a gay man after being accused of sexual harassment by “Star Trek: Discovery” actor Anthony Rapp. Spacey has been adamant about keeping his sexual orientation private throughout his career, telling the Daily Beast in a 2010 interview, “I have not given up my right to privacy. It’s just a line I’ve never crossed and never will.” But in the wake of Rapp’s sexual harassment accusation against him, Spacey tweeted an official statement that acted as both an apology to Rapp and an official coming out.

“This story has encouraged me to address other things about my life,” Spacey writes. “I know that there are stories out there about me and that some have been fueled by the fact that I have been so protective of my privacy….in my life i have had relationships with both men and women. I have loved and had romantic encounters with men throughout my life, and I choose now to live as a gay man. I want to deal with this honestly and openly and that starts with examining my own behavior.”

In an interview with Buzzfeed, Rapp said Spacey came onto him at a party in 1986, when the former was 14 years old and the latter 26 years old.  Spacey invited Rapp to a party at his apartment and after all the guests had left he allegedly “picked Rapp up, placed him on his bed, and climbed on top of him, making a sexual advance.” Spacey said he did not remember the encounter in the same statement in which he came out as gay.

Hollywood celebrities, journalists, and gay activists are criticizing the actor for responding to Rapp’s allegation by turning it into a platform to address his own sexual orientation. Spacey is also drawing criticism for saying that if Rapp’s allegation were true, it would be because of “drunken behavior.”

The classiest way to come out of the closet is as a PR smokescreen to distract people from the fact that you tried to molest a child.

Being gay is not an excuse for trying to molest children. pic.twitter.com/5mA4o0r7xm

I keep rereading this statement and getting angrier. Coming out is a beautiful part of being gay. Attaching it to this vileness is so wrong.

Keep focus on #AnthonyRapp BE THE VICTIM’S VOICE. Help us level the playing field.

Nope to Kevin Spacey’s statement. Nope. There’s no amount of drunk or closeted that excuses or explains away assaulting a 14-year-old child.

Kevin Spacey’s response to child molestation accusation is straight out of #HouseOfCards with misdirection of coming out as gay male pic.twitter.com/laxb35qgaM

PLEASE discuss Kevin Spacey molesting a teenager. Please do NOT connect it to his sexuality. Do not let this PR stunt change the necessary discourse of child sexual abuse.

u don’t remember the incident – 30 years ago? – fuck u kevin – like Harvey we all knew about u – I hope more men come forward @KevinSpacey