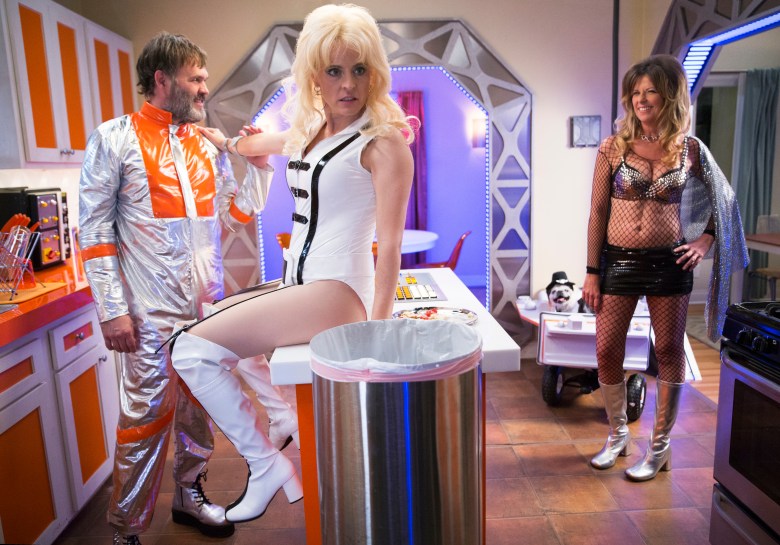 The official trailer for Season 2 of Netflix’s “Lady Dynamite” shows us that no matter how illusory Maria Bamford’s comedy appears, this series is also achingly real.

Following the release of her hour-long Netflix special, “Old Baby,” it’s clear that Bamford isn’t slowing down anytime soon as the star continues to tackle the stigma of mental illness — in an unconventional way, of course. Season 2 continues the story of how Maria (Bamford) struggled with mental illness while also struggling with the reality of being a working actor in Hollywood. Guest stars announced this morning include Andy Samberg, David Spade, Fred Armisen, Jason Mantzoukas, Jenny Slate, Judd Apatow, Judy Greer, and Weird Al Yankovic.

Like its first season, the show appears to continue its standard of blindingly bright, yet charming visuals to engage the audience in the story. However, we now know that the experiments are far from over, as the tone grows more ridiculous and the visuals more outrageous, heightening our curiosity by the day.

Comedy giants and co-creators Mitch Hurwitz (“Arrested Development”) and Pam Brady (“South Park”) collaborate heavily with Bamford on the series, but as Brady revealed to Vice in an interview, the creative thrust of the show is mostly driven by Bamford and her unique point-of-view. “She works so hard on everything. I mean, she has workbooks. She’s the kind of person who doesn’t trust her gut,” Brady said.

“Lady Dynamite” Season 2 premieres November 10. Check out the trailer below.

This Article is related to: Television and tagged Lady Dynamite, Maria Bamford, Netflix