The project was set to be based on Halperin's and John Heilemann's book about the 2016 election. He is taking a "step back" from his job as an NBC News analyst. 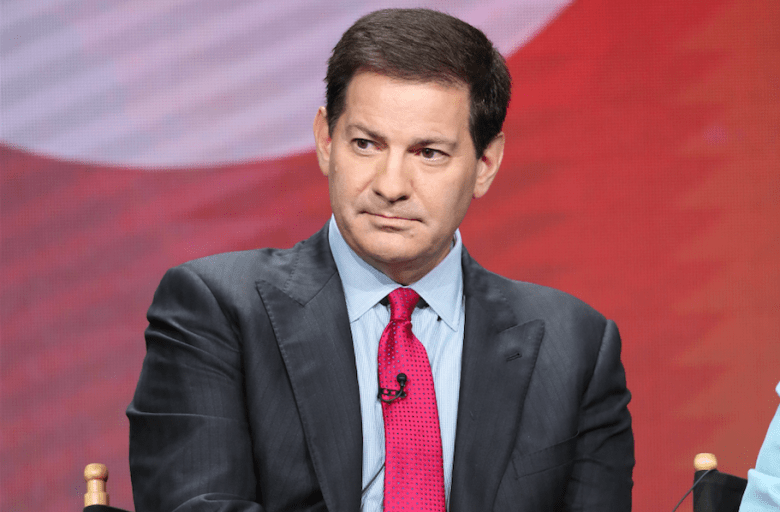 The fallout continues from new allegations that journalist Mark Halperin sexually harassed several women. HBO, which had been developing a limited-run series based on an untitled book on the 2016 Presidential election, co-written by Halperin, has now dropped the project.

“HBO is no longer proceeding with the project tied to the untitled book co-authored by Mark Halperin and John Heilemann on the 2016 Presidential election,” the network said. “HBO has no tolerance for sexual harassment within the company or its productions.”

HBO had previously aired a TV version of the book “Game Change,” which chronicled the 2008 United States presidential election and was also co-authored by Halperin. HBO adapted the novel into an Emmy-winning television movie, starring Julianne Moore as Sarah Palin.

Also on Thursday, Showtime said no decision has been made on whether “The Circus,” which includes Halperin as a host, will return for a third season — or what Halperin’s involvement might be. “During Mark’s time working with us, we have not seen nor have there been allegations of any untoward behavior,” the pay cable network said in a statement. “We are aware of these reports and will continue to evaluate all options should we decide to move forward with another season of ‘The Circus.’ There is no tolerance for sexual harassment within Showtime and its productions.”

Five women have accused Halperin of sexual harassment. The allegations range from Halperin propositioning women for sex to the journalist grabbing one woman’s breasts against her will. The initial report from CNN also detailed that three of the five women claim Halperin pressed his erection against their bodies.

“The first meeting I ever had with him was in his office and he just came up from behind — I was sitting in a chair from across his desk — and he came up behind me and [while he was clothed] he pressed his body on mine, his penis, on my shoulder,” one woman told CNN. “Given I was so young and new I wasn’t sure if that was the sort of thing that was expected of you if you wanted something from a male figure in news.”

Other accusations made again Halperin include one incident where he allegedly kissed a woman during a meeting and another where he asked one woman to go into the restroom with him to “do something.” The five women have asked to remain anonymous because of Halperin’s influence in the journalism world.

Halperin currently works as an NBC News analyst and frequently appears on programs such as MSNBC’s “Morning Joe.”

Although Halperin denies grabbing a woman’s breast and placing his erection on women’s bodies, he has issued an apology for his “inappropriate” behavior and is taking a “step back” from his duties at NBC News.

“During this period, I did pursue relationships with women that I worked with, including some junior to me,” Halperin said in a statement to CNN. “I now understand from these accounts that my behavior was inappropriate and caused others pain. For that, I am deeply sorry and I apologize. Under the circumstances, I’m going to take a step back from my day-to-day work while I properly deal with this situation.”

This Article is related to: Television and tagged Mark Halperin, Sexual Harassment