Michael Fassbender keeps starring in foreign-driven action fare when he should be embracing his true avocation: character actor. 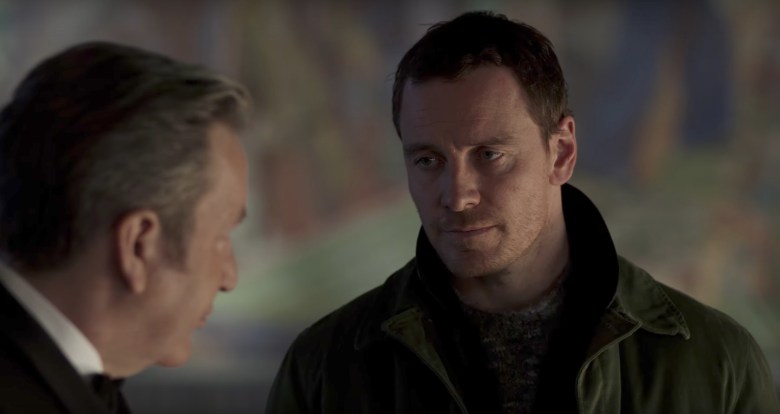 Michael Fassbender in “The Snowman”

Welcome to Career Watch, a vocational checkup of top actors and directors and those who hope to get there. In this edition, we take on Michael Fassbender. Bottom Line: Fassbender is an asset in any ensemble, from the “X-Men” franchise to “Inglourious Basterds.” Those franchises inflate his bankability in foreign territories, and he’s had two Oscar nominations, but he lacks marquee value. He was the biggest star in well-reviewed $97-million sequel “Alien: Covenant” (Metacritic: 65), which scored just $240 million worldwide, down dramatically from the $430 million earned by its predecessor, “Prometheus.” Screenwriter Aaron Sorkin didn’t even know who Fassbender was when his name came up to play the lead in hot project “Steve Jobs” (Metacritic: 82); and sure enough, even with a full-tilt Oscar push that brought him his first Best Actor nomination, the $30-million movie tanked with just $34 million worldwide. Fassbender tends to be cast as troubled antiheroes (Magneto, Macbeth, Steve Jobs) or outright villains (the plantation owner in “12 Years a Slave”) more than straight leading men. “X-Men: Days of Future Past”

Career Peaks: The athletic German-born Irish actor excelled when working with UK director Steve McQueen in an astonishing trio of fearless performances. He starved in “Hunger,” went memorably full-frontal as a sex addict in the director’s “Shame” (Fassbender told ELLE UK: “I can’t start saying, ‘Wait a second, there is more about the film than my d**k; it’s one scene and it doesn’t go on for very long'”) and was a slave-thrashing plantation owner in “12 Years a Slave.” Fassbender really shines when he’s digging into the dark side of the human condition in smart relationship dramas like Andrea Arnold’s “Fish Tank,” David Cronenberg’s “A Dangerous Method,” and Cary Fukunaga’s “Jane Eyre.” Assets: Beyond his acting, 40-year-old Fassbender brings masculine authority and sharp intelligence to every role. He disappears into his characters and never phones it in, but risks burning his audience with formula familiarity. His foreign bankability, athletic prowess, and ability to convey menace and danger keeps him in constant demand for action thrillers. Love them or hate them, but his three “X-Men” roles as troubled mutant leader Magneto were not easy to pull off. And his A.I. in Ridley Scott’s “Prometheus” and “Alien: Covenant” is a model of precision. Biggest Problem: Fassbender is undeniably sexy and talented, but he risks overexposure by staking his reputation on forgettable big-studio and foreign-driven action pictures like “Trespass Against Us” (Metascore: 50) and “Jonah Hex” (Metascore: 33). He shot “Assassin’s Creed,” “The Snowman,” and “Alien: Covenant” one after the other between August 2015 and July 2016. To his credit, Fassbender leans away from likable movie heroes in favor of exploring human weakness and fallibility. And while you can’t fault him for wanting to make movies with Ridley Scott (“The Counselor,” Metascore: 48), Terrence Malick (“Song to Song,” Metascore: 54) or Derek Cianfrance (“The Light Between Oceans,” Metascore: 60), those flops contributed to his negative marquee value. And he’s too loyal to such directors as Justin Kurzel, who followed up respectable arthouse entry “Macbeth” ($16 million worldwide, Metascore: 71) with the execrable “Assassin’s Creed” ($240 million worldwide, Metascore: 36). Awards Attention: Director Danny Boyle fought for Fassbender to play Steve Jobs: his superb performance as the obsessive workaholic Apple chieftan earned him his second Oscar nomination, just after his supporting turn as the vicious Edwin Epps in “12 Years a Slave.” Fellow Oscar nominee Kate Winslet raved about working with him. Latest Misfire: Fassbender likes to take chances on risky material, which yields the occasional low-budget indie that doesn’t register with audiences like “Slow West” (Metascore: 72) or “Frank” (Metascore: 75). But “The Snowman” marked a lethal combo of the worst reviews in Fassbender’s career (Metascore: 23) along with a meager $3.4 million opening. As Norwegian detective Harry Hole (based on author Jo Nesbø’s bestselling mysteries), Fassbender’s performance wasn’t the critical target; director Tomas Alfredson (“Tinker Tailor Soldier Spy”) — who admitted discovering holes in the narrative in the editing room — took the brunt of the blame for Working Title’s long-delayed would-be franchise. “The Light Between Oceans”

Current Gossip: Luckily, Fassy has his recent wedding to Alicia Vikander (his co-star in romantic drama “The Light Between Oceans”) to celebrate as they honeymoon in Italy.

Next Step: A bit of a break until his return as Magneto in “X-Men: Dark Phoenix” (November 2, 2018), which is in post-production.

Career Advice: Change agents. Make more careful choices. Look carefully at scripts and push to improve them before saying “yes.” Don’t make decisions based on relationships, but on quality. Back off paydays in favor of indie auteurs. Think Cannes, not AFM.

This Article is related to: Film and tagged Career Watch, Michael Fassbender, The Snowman