The filmmaker said that the streaming service is providing a home for auteur-driven cinema, but it took her years to figure that out. 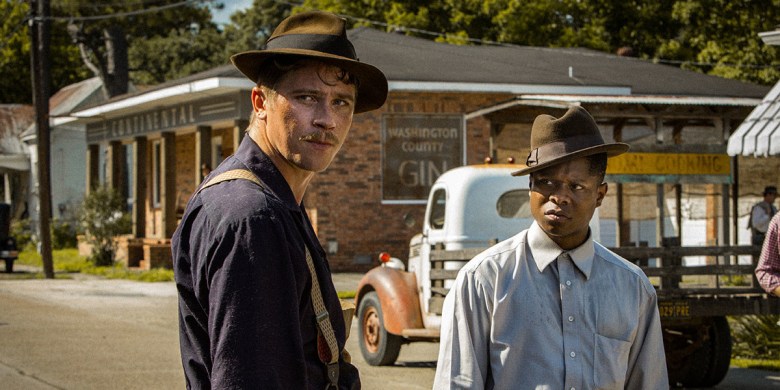 It was the biggest deal — literally and figuratively — of this year’s Sundance Film Festival: Netflix’s $12.5 million purchase of Dee Rees’ hard-hitting historical drama “Mudbound,” further establishing the streaming service’s dedication to snapping up auteur-driven cinema poised to get plenty of attention around awards time. And while Netflix has yet to prove its ability to take its starriest projects all the way to awards season glory and box office big bucks, it does have a big fan in Rees, who said she knew from the start that Netflix was the right home for her film.

At a post-screening press conference today at the New York Film Festival, Rees explained why she became a Netflix fan early on, and how that ultimately impacted her decision to go with the distributor. “For me, going into the sale, I had a different kind of idea of them because ‘Pariah’ was kept alive by Netflix,” Rees said, referring to her first feature film, which premiered at Sundance in 2011. “Even though Focus Features had acquired it and released it on a limited platform release, people kept seeing that film because it was on Netflix. My idea of them was a place for longevity, a place for auteurs.”

While some filmmakers might balk at Netflix’s limited theatrical release strategy, Rees saw the flip side: her film could have an even longer and more far-reaching home online, one not beholden to brick and mortar movie theaters. “I was thrilled, because of Netflix, we get a simultaneous global audience,” she said. “People in Texas will see this the same time as people in Portugal.”

“Mudbound,” featuring a large ensemble cast that includes Jason Clarke, Garrett Hedlund, Carey Mulligan, Mary J. Blige, Jason Mitchell, Jonathan Banks, and Rob Morgan, follows the intertwined fates of a pair of families (one black, one white) living in post-World War II Mississippi. It’s an intimate film that hits some big notes. Rees doesn’t ever back down from showing the horrific nature of the Jim Crow south, and how it twisted and divided people. Despite awards-worthy turns from all of its stars, plus sharp directing, compelling writing, and inventive editing, Rees doesn’t think it’s the kind of film that automatically appeals to everyone, including studio heads.

“I think the other studios were afraid of this film, they didn’t want to touch it,” Rees said. “It’s a huge ensemble. Like, whose face is going to be on the poster? How much are you going to put into that? Netflix has been extremely supportive of me as an artist. I’ve never felt more supported in terms of the marketing of the film and having a voice in [that] and, you know, putting seven faces on the fucking poster! Most studios wouldn’t do that, they’d maybe choose two faces.”

Next up for “Mudbound”: a starry AFI FEST opening night berth, followed by its months-in-the-making release.

“Mudbound” debuts on Netflix and in select theaters on Friday, November 17.

This Article is related to: Film and tagged Dee Rees, Mudbound, Netflix