In this report from the NYFF Critics Academy, several new documentaries wrestle with the biggest problems facing the world today. 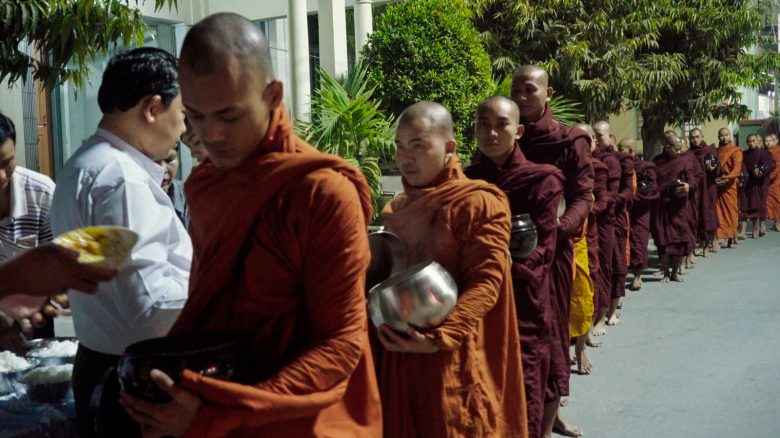 The following essay was produced as part of the 2017 NYFF Critics Academy, a workshop for aspiring film critics that took place during the 55th edition of the New York Film Festival.

Tragedy begets tragedy. And in 2017, the global infrastructure’s threshold for human suffering seems to be testing its limits: environmental catastrophes are ravaging the Global South, refugees are fleeing war and persecution only to be met with xenophobic policies. Yet, in the shadow of the 24/7 news cycle, keeping up with current events can prove challenging. As the landscape for film exhibition follows technology’s rapid adaptation, offering new ways to watch movies outside of the traditional theater experience, the role of a film festival continues its evolution: extending its cinematic influence over the industry and the audience, and if lucky, offering a platform that can push the culture forward.

There’s no other place one can better witness that maturation than the documentary category of this year’s New York Film Festival. The dynamism behind NYFF begins with the programmers’ awareness of its intelligent audiences, who make the annual pilgrimage to Lincoln Center.

NYFF offers a selection of politically-charged nonfiction films that match a now politically-agitated populace. One half of the documentary lineup consists of biopics of iconic figures such as the late artist Jean-Michel Basquiat, novelist Joan Didion, and Hollywood titan Steven Spielberg, but the other half of the program bypasses the individualism ripe in these visual autobiographies to confront massive contemporary humanitarian issues. If the media as a whole can be wielded as a tool of social power, then within the context of visual storytelling, documentaries can offer the most direct form of social commentary and political change.

Curating a selection that indicts the manifestations of white supremacy and religious extremism on a local, national, and global level, this year’s documentary selection offers insight to some of society’s most long ignored ills: A sampling: the rise Ashin Wirathu in “The Venerable W,” the religious zealot responsible for inciting the ongoing ethnic cleansing of Rohingya Muslims; the forgotten case of a young African American woman’s demand for justice after her vicious sexual assault by a gang of white men in “The Rape of Recy Taylor”; a filmmaker’s own overtly racist familial underbelly in “Did You Know Who Fired the Gun?”; and creating portraits of the migration crisis along the U.S and Mexican border in “El Mar la Mar” and the E.U refugee crisis in “Sea Sorrow.”

Despite the immense diversity in subject matter and style, these documentaries are united in their efforts to uncover truths. Yet, in the face of this unequivocal commitment to progressive films, it’s crucial to note that all of the filmmakers mentioned are white. That stands in stark contrast to 2016’s historic NYFF opening night with Ava DuVernay’s “The 13th,” and a festival program that included Raoul Peck’s brilliant “I Am Not Your Negro,” “The Cinema Travellers” by Indian duo Shirley Abraham and Amit Madheshiya, and “Hissein Habré, A Chadian Tragedy” by African auteur Mahamat-Saleh Haroun.

So what happened this year? Was it the fault of programmers, a shallow pool of people of color submitting documentaries into the festival, a lack of funding to complete these projects, or a combination of all three? We might not find a solid answer yet, but in the meantime, it’s vital to support voices of people making films about their own communities while engaging with documentaries that give visual shape to contemporary humanitarian disasters. Five NYFF documentary highlights follow on the next page.

This Article is related to: Film and tagged Documentaries, NYFF Critics Academy