This movie-length salute to firefighters who died in the line of duty is a working class tribute you rarely see from Hollywood these days. 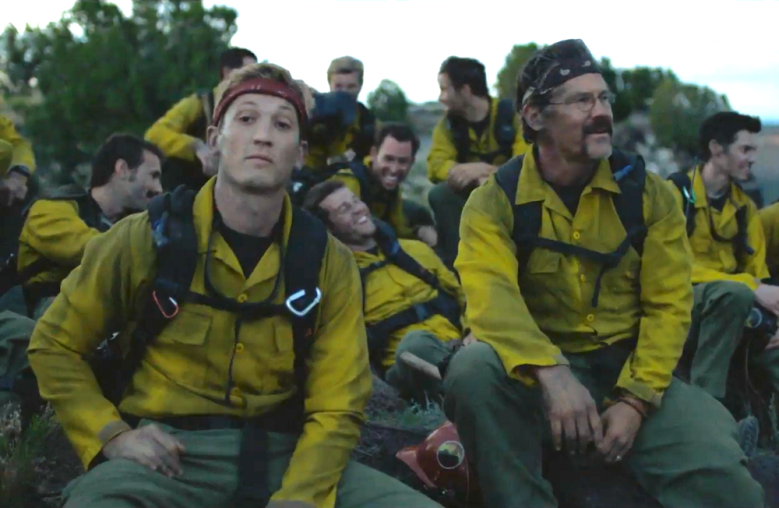 In June 2013, the Yarnell wildfire in Arizona spiraled out of control and killed 19 firefighters from nearby Prescott, marking the highest death toll for U.S. firefighters since 9/11. Only one member of the group, a lookout stationed elsewhere, survived the massacre. That’s the setting for “Only the Brave,” but it takes almost the entire running time to get there. The movie is so cautious about avoiding disaster movie tropes that you can practically sense the resistance to arriving at the tragic finale. The result is a tasteful, well-acted bore, but so out of sync with traditional studio filmmaking it deserves some kudos anyway.

The two-hour plus working class drama stars Josh Brolin as the hardened leader of the group and Miles Teller as the eventual lookout struggling to find his place in the pack. That makes it stand apart from other approaches to adaptations of real-life catastrophes: Avoiding the morbid inevitability of “United 93” or the pulsating thriller dynamics of “Everest,” director Joseph Kosinski and writers Ken Nolan and Warren Singer turn this earnest, watchable story into a portrait of the strong-willed men.

Eric “Supe” Marsh (Brolin) has been churning away at his managerial routine for what seems like eons, bouncing between barking orders at fratty troops as they extinguish various wildfires in the area and tending to his supportive wife Amanda (Jennifer Connelly, so sharp and engaged it’s a wonder she doesn’t surface in better projects). The couple live on a remote farm, where Amanda’s keen on settling down with their horses and starting a family, even as Eric can’t pull himself away from his duties. Alongside his supervisor pal Duane (a gentle, muted Jeff Bridges), Eric has been fighting to get his men certified as a “Type 1” unit, aka a “hotshot” crew — the highest-ranking certification among wildfire crews. It’s a lofty goal he’s committed to reaching, even as it implies a greater safety risk that drives a wedge between him and wife.

Alongside these developing circumstances, “Only the Brave” tracks the experiences of Brendan “Donut” McDonough (Teller), a recovering drug addict who knocked up a local woman and wants to clean up his life to be a better dad. On a whim, he applies to join Duane’s crew, and the stone-faced leader pities Brendan in part because he sees in the struggling survivor a version of his younger himself. Both actors transcend the limitations of this straightforward material: Brolin’s gruff workaholic brims with a mixture of frustration and pathos, the desire to make something cogent out of his legacy; Teller gives his bumbling ex-reprobate, who displays a tangible desire to do better, a foundation of realism that makes his journey heartfelt. The bulk of the movie hovers around the group dynamics of the firefighters, as Duane undergoes grimy training sessions while shrugging off the hazing of his new coworkers. The measured, slow-burn story relishes in the textures of its setting, with cinematographer Claudio Miranda (“Life of Pi”) emphasizing the dirty yellows of the sun-soaked scenery. There are scenes in “Only the Brave” dominated by bursts of emotional intensity, from the windows into Eric and Amanda’s complex marriage to Brendan’s comedic attempts to care for his infant daughter. All the while, Eric suffers from a blunt, recurring nightmare of a fiery bear running through the wilderness, a bit of ominous foreshadowing that dangles throughout the movie just to clue us into the terrible fate awaiting the bulk of the group at the very end.

When “Only the Brave” finally gets there, the tragedy arrives with a shrug of anger, sadness, and tears stuffed into a matter of minutes. It resonates to some degree because the movie has invested so much energy in giving its characters a cogent dimensionality, but that same tactic feels almost too forced, as if the entire conceit has been engineered to mourn lost lives. That may be the case, but “Only the Brave” at least salutes its heroes with an eye for burrowing inside the plight of the American blue collar experience in ways largely ignored by Hollywood product.

When Eric’s wife complains that he’s reticent to discuss his workplace challenges, she cites his tendency to “do your John Wayne thing,” a statement that reverberates throughout this movie and its depiction of a quiet Americana dominated by beautiful scenery and distance dreams. As a cinematic achievement, “Only the Brave” breaks no fresh ground, but it’s a quaint elegy almost exclusively designed to resurrect lives lost, to make the case for why they were worth living. At least on that level, it succeeds.

“Only the Brave” opens nationwide on October 20.

This Article is related to: Film and tagged Josh Brolin, Miles Teller, Only the Brave, Reviews