Multiple 2018 contenders could follow in the footsteps of "Moonstruck" and "The Piano." 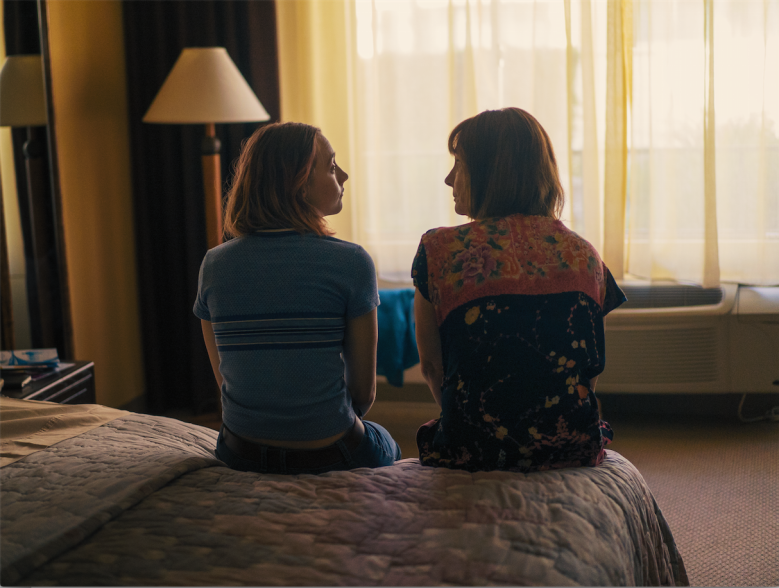 Mother-daughter relationships have always been the stuff of great drama. And the Oscars are no exception. Three decades ago the “Moonstruck” acting duo Olympia Dukakis and Cher both won gold for playing a strong-willed New York Italian mother and her feisty daughter. Six years later, as a mute Scottish teacher and her de facto interpreter in New Zealand, Holly Hunter and Anna Paquin repeated that twofer triumph with Jane Campion’s “The Piano.”

Onscreen mother-daughter conflict has resulted in other dual Academy Award nominations: selfless Barbara Stanwyck tricked Anne Shirley into marrying rich in tearjerker “Stella Dallas” (1937); Meryl Streep’s big mouth inspired a rebellious Julia Roberts in “August: Osage County” (2013); Piper Laurie was literally crucified by Sissy Spacek in “Carrie” (1976). At the start of this decade, Mo’Nique won an Oscar portraying the sexually abusive parent of fellow “Precious” nominee Gabourey Sidibe. Back in 1984, both Shirley MacLaine and Debra Winger might have given acceptance speeches had they not faced off in the Best Actress category; as the guilt-ridden mother of a dying cancer patient, MacLaine prevailed.

While there hasn’t been a winning pair since 1994, we’re in a robust cinematic year for coarse, lopsided, convoluted mother-daughter dynamics — which feels appropriate after the recent loss of both Carrie Fisher and Debbie Reynolds, whose alter-egos Streep and MacLaine depicted in “Postcards from the Edge.” Four films will vie to match “The Piano” this award season. Moments after we watch our eponymous teen protagonist (Ronan) snuggle her mom Marion (Laurie Metcalf) in bed, she takes a highway plunge from their moving car to escape a heated flareup over college applications. Lady Bird is convinced that Marion will never be satisfied with her fluorescent-haired, academically ho-hum daughter and her pastiche of a bedroom. Lady Bird is confident that adulthood will bring her a less-crummy home in a less-crummy town (Sacramento) than she was provided. But she’s a tad less smug after learning that losing your virginity can be utterly disenchanting.

Track record: When she was 13, Ronan garnered Oscar, Golden Globe, and BAFTA Supporting Actress nominations for “Atonement,” and scored nominations again as lead (plus the Screen Actors Guild) with 2015’s “Brooklyn.” In between, Ronan earned another BAFTA nomination for “The Lovely Bones,” plus ensemble recognition for “The Grand Budapest Hotel.” So far she’s a 2017 Gotham Award Best Actress nominee for “Lady Bird.”

Marion works overtime as a nurse to afford Lady Bird’s Catholic school tuition (and support her husband’s layoff), but feels completely taken for granted. A neat freak who is a bit stern, Marion shares her daughter’s favorite pick-me-up: attending open houses, pretending to be in the market for lavish homes they can’t afford. She loves her daughter ferociously, but stubbornly gives her the silent treatment when she’s angry, which is often.

Track record: Last year, actors’ actor Metcalf was a Primetime Emmy nominee in three categories, bringing her nomination total to 10. She won three Supporting Actress statuettes (and nabbed two Golden Globe nominations) in the ’90s for “Roseanne,” and has been nominated for guest roles in several additional comedies — like “Desperate Housewives,” where she also shared a group SAG nomination — plus her leading role as the director of medicine in HBO’s “Getting On.” However, her preferred medium is theater, and this year Metcalf won her first Tony for “A Doll’s House, Part 2,” following three past nominations. The native Australian turns a reality TV bellwether and the most-shunned woman in American athletics into a spirited, deadpan, rough-edged, clueless, talented fuck-up with a strong sense of justice. While defending herself against physical attacks from her mother and onetime husband off the ice, she confronts one classist judging panel after another (they think she’s white trash) until she’s banned from the sport at age 23.

Track record: Australian Robbie’s “I, Tonya” performance already earned her a 2017 Gotham Award nomination, only two years after BAFTA nominated her for their Rising Star Award. Janney’s LaVona Golden — the six-times-married, cigarette-craving, parakeet-nuzzling waitress in “I, Tonya” — is one diabolical mother. Some of her offenses include forbidding her daughter from taking bathroom breaks during skating practice, calling her a “cunt” multiple times, approving of the boyfriend who beats her, and piercing her arm with a thrown steak knife. Yet Janney somehow makes her as likable as Best Supporting Actor-winning Christoph Waltz’s Nazi colonel in “Inglorious Basterds.” When Golden bemoans her lack of screen time during the legal imbroglio surrounding Nancy Kerrigan’s knee-bashing, we can’t help but agree.

Track Record: Acclaimed TV actress Janney has claimed seven Primetime Emmys — four for playing White House press secretary and chief of staff C.J. Cregg on “The West Wing,” two for her current role as a recovering addict on “Mom,” and one for guest-starring on “Masters of Sex.” On the film front, she shares trophies from the SAG and the National Board of Review for her ensemble work in “The Help;” her prior SAG cast victory came via “American Beauty.” In addition, Janney was twice individually nominated for Film Independent Spirit Awards (“Our Very Own,” “Life During Wartime”).

Bottom Line: Even though comedies don’t have the edge when it comes to reaping Oscar votes, both actresses should keep March 4, 2018 free. Brooklynn Prince and Bria Vinaite in “The Florida Project”

In some ways, any kid would covet the life of Moonee (Prince): she and her Orlando Skid Row motel friends spend all day making mischief (and, okay, damaging property), bumming free waffles and ice cream, exploring cow pastures and overturned trees, and literally chasing rainbows down Seven Dwarfs Lane. Back home at her purple palace (The Magic Castle Hotel) she can wear sneakers in bed and eat pizza off her pillowcase. Yet unbeknownst to her, she’s exposed to assorted daily dangers, even inside the confines of her room.

Track Record: Last week, seven-year-old Prince landed her first award nomination, Breakthrough Actor at the Gothams. If “Florida Project” momentum continues to build throughout award season, she could become the youngest Best Actress Oscar nominee ever (current record-holder Quvenzhané Wallis was nine when recognized for “Beasts of the Southern Wild,” in 2013).

As Moonee’s affectionate and welfare-reliant mom, Halley, Vinaite is more blasé than any other tattooed, selfie-obsessed babysitter — unless she’s on the receiving end of a broken-off friendship or stricter hotel regulations, which she will answer with wildly-unhinged visuals, like chucking an expensive bag of leftovers or bonding her used sanitary napkin to a windowpane.

Track Record: Baker discovered the rookie actress online, who more than holds her own with scene-stealer Prince and veteran Willem Dafoe. Twelve-year-old Rose is deaf (like discovery Simmonds), and in 1927, her local, Hoboken, New Jersey silent movie theater is the one place where her disability proves no challenge. It’s also the only time she gets to see her mother, Lillian Mayhew (Julianne Moore), a workaholic film and theater actress. Rose escapes the suffocating domesticity of her father’s home and catches a ferry to New York City, where she hopes to glimpse Lillian onstage.

Track record: Through her drama teacher, Utah-born Simmonds submitted an audition tape to Hayes, who considered more than 200 candidates for the role.

During their encounter, Lillian is genteel toward Rose in the presence of onlookers, who assume she’s a random lost child. But in the privacy of her dressing room, Lillian’s anger at her daughter’s risky city trek (and chopped hair) comes off as cold concern. Later in the film, Moore assumes the role of Rose, now an elderly museum curator who tries to help a deaf boy (Oakes Fegley) find his true identity.

Track record: Moore’s 2015 Best Actress Oscar for “Still Alice” followed four nominations in both the leading and supporting categories (“Boogie Nights,” “The End of the Affair,” “The Hours,” and Haynes’ “Far From Heaven”). Her portrayal of Sarah Palin in the 2012 HBO film “Game Change” also won her a Primetime Emmy and one of three Golden Globes (out of nine nominations). She has a pair each of Gotham and SAG Awards, plus one BAFTA for “The Hours,” for which she also shared Berlin Film Festival Silver Bear honors with co-stars Nicole Kidman and Streep.

Bottom Line: Respected Moore’s camera time is sparse, and while newcomer Simmonds’s character has a more adventurous arc — and it’s been far too long since Marlee Matlin became the first deaf actress to garner an Oscar in 1987 for “Children of a Lesser God” — this year’s Best Actress category is ultra-competitive and “Wonderstruck” is losing luster at the box office.

This Article is related to: Awards and tagged I, Lady Bird, The Florida Project, Tonya, Wonderstruck