"The Florida Project" isn't the only film to arrive this year that's bolstered by the talents of brand-new actors. 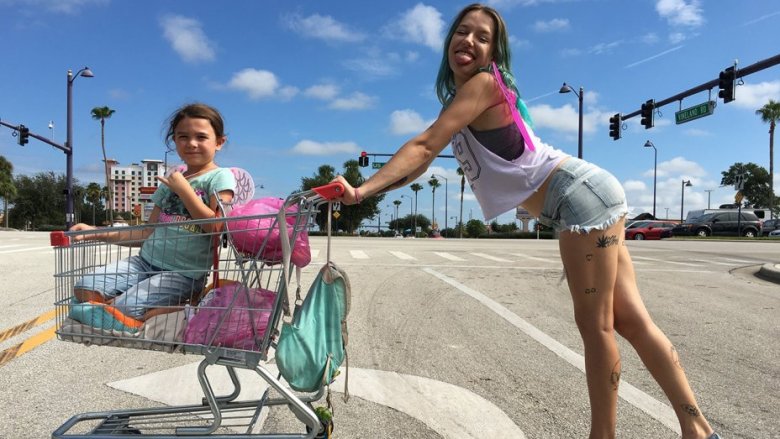 It’s a paradox: Acting without artifice is so often the aim, but the craft of performance is typically enhanced by study and training. In short, being a good actor isn’t easy, but making it look easy is key. It’s a sink-or-swim proposition for all new actors, but especially those who enter into the field without formal training or are tossed into their first feature before even tacitly deciding that they even want to be actors. But the rewards can be huge, and this year has proven that in spades, from star turns from newcomers like Brooklynn Prince and Bria Vinaite in Sean Baker’s festival favorite (and major awards contender) “The Florida Project” to rodeo rider Brady Jandreau, cast as himself in Chloe Zhao’s Cannes breakout “The Rider.”

But Prince, Vinaite, and Jandreau aren’t the only breakout stars to hit the silver screen this year with the minimum of training and maximum of talent, as 2017 has already offered up a number of newbies breaking out in a big way. Here’s a look at the highlights. Is there any other filmmaker working today who is as profoundly skilled at not only finding non-professional actors for his films, but then directing them to impeccable performances as Sean Baker? The “Tangerine” director previously unearthed stars-in-the-making Mya Taylor and Kitana Kiki Rodriguez for his breakout feature, snagging Taylor an Independent Spirit Award in the process, but that knack for turning non-actors (or, at the very least, very green actors) into on-screen powerhouses has been stretched to its absolute limit with his latest film. Baker’s alternately whimsical and wrenching childhood fairy tale rests on the shoulders of its youngest stars, most notably Brooklynn Prince (in her first role) as the spunky Moonee, who runs wild through the outskirts of Orlando, Florida. She’s only matched by newbie Bria Vinaite, who plays her hard-living mother Halley, a tricky role for even the most well-trained of actors, and one that Vinaite delicately juggles at every turn. While Baker found Prince through local auditions, he came to Vinaite through more modern means: social media. Adapted from Brian Selznick’s YA novel of the same name, Todd Haynes’ latest lives and dies alongside the strength of his child stars, including newcomer Millicent Simmonds. The film juxtaposes the stories of two young deaf children, including Simmonds — who is deaf herself — as young Rose, a tween in 1927 New Jersey struggling to come to terms with her disability and a world that doesn’t seem to understand it. Simmonds was apparently a big fan of Selznick’s book, reading it as soon as it was published in 2011, long before the possibility of a film adaptation was even flirted with. “Wonderstruck” may be her first feature, but she’s been working up towards on-screen acting for years, including stints in her high school drama club and a performance at the Utah Shakespeare Festival. While Simmonds’ real-life connection to Rose and her affliction adds an intriguing level of veracity to her work, its her natural charm and deep emotive abilities that make it such a profound breakthrough. She’s already lined up her next role, starring in John Krasinski’s “A Quiet Place” alongside both the actor-director and his wife Emily Blunt. Chloé Zhao’s Cannes Directors’ Fortnight winner blends fact and fiction to tell a story she’s been eager to bring to the screen since her feature debut, “Songs My Brothers Taught Me.” While making that film, Zhao became acquainted with the family at the center of her latest, which follows the real-life Jandreau family after their son Brady, a rodeo rider, suffers a devastating injury. Zhao built the film around Brady and his family, but it’s not a documentary. Instead, she offers up a drama steeped in truth and experience, casting the Jandreau as versions of themselves. It’s Brady who really stands out, however, gamely taking on a role that’s him, and also not him, in a film about a young man searching for himself and finding some very unexpected answers, some of them right in front of the camera. First-time feature filmmaker Amman Abbasi seems to have taken a major cue from producer David Gordon Green when assembling his naturalistic drama about Arkansas teens on the edge of gang violence, casting a slew of non-professionals in roles that smack of Green’s own debut “George Washington.” As the eponymous lead, it’s Devin Blackmon who really shines, breathing life into young Dayveon, a kid struggling to stay on the straight and narrow even after violence upends his fragile home life. Abbasi leans into the film’s sense of realism early, bolstered by Blackmon’s unfettered performance, before unspooling more off-kilter elements in its later half. By then, Blackmon is more than game to mix things up, and the audience is, too. Some fans of the ex-One Direction singer hotly anticipated his first big screen turn in Christopher Nolan’s epic war film, perhaps not realizing 1) this was a war film and 2) one with a sprawling cast and no true “lead” role for anyone, even multi-platinum star Harry Styles. Still, Styles managed to stand out in the three-tiered feature by, weirdly enough, not standing out, instead slipping into the role and the other actors around him, ably adapting to the ensemble nature of the film (and seeming to relish it). As young solider in the throes of a horrific war, Styles’ Alex isn’t given over to heroics or histrionics, opting to pursue survival above all else. That Styles disappears into not just the role, but the film itself is proof that his next-act career is on the right track, and he’s already shooting straight. The one-time ukulele player and college dropout funneled his love for performance into a second-chance stint at the New York Conservatory for Dramatic Arts, where his focus was mainly on filmmaking. It was there that the Hawaiian native started to truly appreciate the craft of acting, and when it came time for him to turn that into actual action, he opted into an early audition for a vague part in a Marvel movie. The movie was the re-rebooted “Spider-Man: Homecoming” and the part was as Spidey’s best pal Ned Leeds, a role that required an actor who could, well, not be an actor (and who could act like a nerdy, fun-loving, gobsmacked teen). Batalon snagged the part — his first — and went on to basically steal the show, ensuring that his re-directed energies and his winding path to on-screen performance were well worth the wait.

This Article is related to: Film and tagged The Florida Project, Wonderstruck