Tarantino gave a new interview to The New York Times about the allegations. 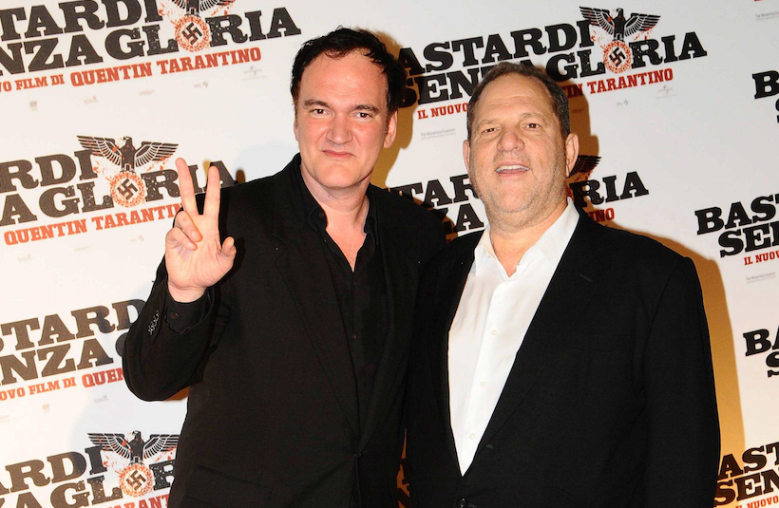 Quentin Tarantino is speaking out about the Harvey Weinstein sexual harassment scandal to The New York Times, and the celebrated director admits to knowing about the rumors involving Weinstein’s behavior. More than 40 women have accused the former head of The Weinstein Company of sexual harassment and abuse, including Rose McGowan and Gwyneth Paltrow. Tarantino first commented on the allegations in a tweet posted by Amber Tamblyn, in which he said he was “stunned” and “heartbroken” and would need a couple days to “process his emotions.”

“I knew enough to do more than I did,” Tarantino tells The New York Times in a new interview. “There was more to it than just the normal rumors, the normal gossip. It wasn’t secondhand. I knew he did a couple of these things. I wish I had taken responsibility for what I heard. If I had done the work I should have done then, I would have had to not work with him.”

Tarantino confirms to the newspaper that he knew about Weinstein’s behavior long before the published reports in The New York Times and The New Yorker brought the initial accusations against Weinstein to light. Tarantino’s former girlfriend, Mira Sorvino, was one of Weinstein’s accusers and, according to the “Reservoir Dogs” director, she had told him about Weinstein’s unwanted advances and touching. Tarantino says he also knew Rose McGowan had reached a settlement with the producer.

“What I did was marginalize the incidents,” he said. “Anything I say now will sound like a crappy excuse…I chalked it up to a ’50s-’60s era image of a boss chasing a secretary around the desk. As if that’s O.K. That’s the egg on my face right now.”

Tarantino says “everyone who was close to Harvey had heard of at least one of [these] incidents” and encourages the men who know more details about Weinstein to come forward and be honest.

Weinstein launched Tarantino’s career after acquiring “Reservoir Dogs” out of the Sundance Film Festival in 1992, and Weinstein went on to produce every Tarantino film since, most recently “The Hateful Eight.” Tarantino’s “Django Unchained” remains the highest grossing film ever released by The Weinstein Company.

Head over to The New York Times for Tarantino’s complete interview.

This Article is related to: Film and tagged Harvey Weinstein, Quentin Tarantino