The actresses are two of the over 200 women who have come forward with allegations against James Toback. 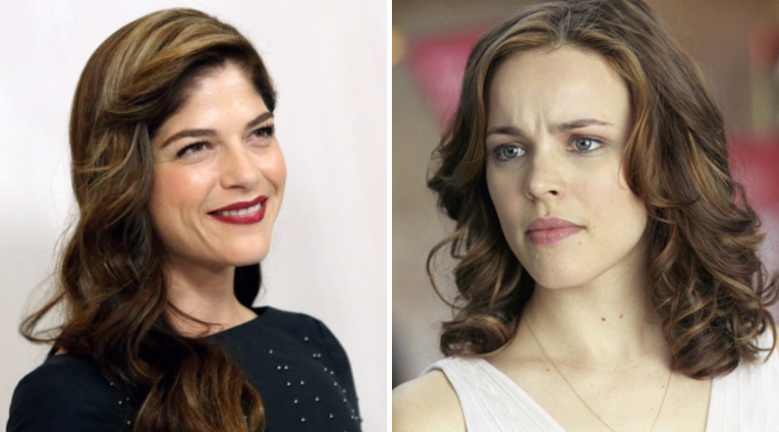 Rachel McAdams and Selma Blair have shared nearly identical stories to Vanity Fair in which they detail being sexually harassed by James Toback. The actresses join over 200 women who have come forward accusing the director and screenwriter of harassment. Both women say Toback invited them to his hotel room to discuss a starring role in the 2001 movie “Harvard Man,” but Toback’s intentions turned sexual once they arrived.

McAdams says she met Toback in theater school when she was 21 years old. After she auditioned for the part in Toback’s film, the director allegedly invited her to workshop the role one on one. He reportedly asked her to leave her phone number with his casting agent’s assistant and told McAdams they would get back in touch. McAdams says Toback called her later that evening and invited her over to his hotel room, claiming she had to come that night since he was leaving the next day.

“I really didn’t want to go,” McAdams said. “I was so nervous about this show that I was starting because I hadn’t done TV before. I wanted to focus on that, but he was so insistent. So I went over to the hotel, went to the room, and he had all of these books and magazines splayed out on the floor. He invited me to sit on the floor which was a bit awkward. Pretty quickly the conversation turned quite sexual and he said, ‘You know, I just have to tell you. I have masturbated countless times today thinking about you since we met at your audition.'”

“He started that kind of manipulative talk of, ‘How brave are you? How far you are willing to go as an actress? I want to build some intimacy between us because we have to have a very trusting relationship and this is a very difficult part,'” she continued.

McAdams eventually left Toback before any physical assault took place. When she followed up with her agent and told her what happened, her agent told her, “I can’t believe he did it again. This isn’t the first time that this has happened. He did this the last time that he was in town. He did this to one of my other actresses.”

Blair had a similar experience with Toback after wrapping production on “Cruel Intentions.” The actress’ representatives arranged a meeting with the director, who allegedly refused to meet Blair in a hotel lobby and would only take a meeting with her in his hotel room. Blair says things were uncomfortable the minute she got to his room, claiming Toback began speaking about wanting to create a “real connection” with her.

According to Blair: “It was about 40 minutes in and he said, ‘Will you trust me? I cannot continue to work with you unless you trust me.’ He said, ‘I need you to take your clothes off. I need you to do this monologue naked…He commented on my body—said that it was Eastern European. I was just trying to block it all out.”

The actress says she told Toback she refused to have sex with him, to which the director said, “You have to do this for me. You cannot leave until I have release.” Toback proceeded to hump her leg until he masturbated.

“He walked me back to the bed. He sat me down. He got on his knees. And he continued to press so hard against my leg,” Blair said. “He was greasy and I had to look into those big brown eyes. I tried to look away, but he would hold my face. So I was forced to look into his eyes. And I felt disgust and shame, and like nobody would ever think of me as being clean again after being this close to the devil. His energy was so sinister.”

Allegations against Toback were first reported in an exposé published by the Los Angeles Times on October 22. The initial report included 38 women accusing Toback of harassment, but the newspaper said it received 200 more claims in the two days that followed. Along with Blair and McAdams, Julianne Moore has also shared her personal experience dealing with Toback.