The season finale had plenty of firepower, but it underlined how strong the show is when it also focuses on family. 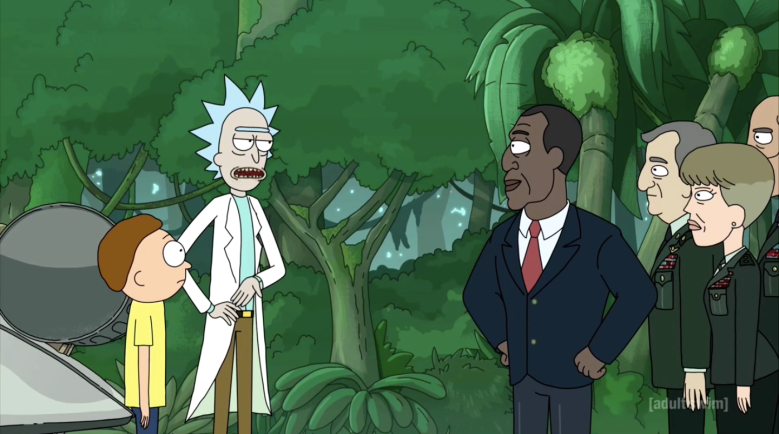 When the logline for “The Rickchurian Mortydate,” the Season 3 finale of “Rick and Morty,” was released, there was plenty of speculation that what the president referenced in the episode description would be Evil Morty, the mastermind revealed at the end of “The Ricklantis Mixup.” A more mythology-obsessed show might have gone that route, building on the success of the season’s standout episode and threading together the C-137 timeline with the consequences of Rick and Morty’s actions in the broader multiverse.

That “Rick and Morty” instead said farewell to Season 3 with an unexpectedly self-contained musing on the nature of obligation and family doesn’t make the show any less ambitious. But it does indicate a show segueing briskly into its offseason, wrapping up some thematic loose ends in a way that didn’t outdo its Season 3 predecessors, but still gave viewers plenty to latch onto, visually and philosophically.

Read More: ‘Rick and Morty’ Review: ‘The ABCs of Beth’ Is a Touching Father-Daughter Adventure Drenched in Plenty of Alien Blood

Once again, like in “The Ricklantis Mixup,” the show jettisoned the previous week’s tease in favor of a much different story. Rather than a drawn-out adventure dealing with an alien lurking in the subterranean White House depths, that problem instead became the jumping-off point for a power struggle between The President (Keith David) and Rick, each trying to assert the upper hand in an ongoing battle of wills. It looks as though the goodwill ambassador efforts of “Get Schwifty” have soured somewhat, as the Commander-in-Chief goes the way of any number of pride-driven characters in this show’s universe.

“Rick and Morty” has always had a complicated relationship with happiness, whether it’s the joy that characters find on their own or frustrated efforts in not discovering it in work and creation. So it makes sense that the main issue powering this President/Rick feud is that each of them think they’re too good at their job. Jealousy is a dangerous drug, and their constant one-upmanship leaves the usual trail of dead bodies behind them, of alien “doo-wah” and human alike. It’s a strength that made “Pickle Rick” a classic and made “Vindicators 3” memorable, but goodness these dense, breakneck action sequences are dazzling. Watching the President mount his crawling robot rig (that he just might have stolen from Snowball), firing a futuristic Gatling gun at a shimmering battalion of Rick decoys is the beautiful stuff of a madman. The twin track-suited assassin children unleashed in the bowels of the White House also join Krombopulos Michael on the show’s Darth Maul list as characters that could absolutely sustain their own show, but enjoy precious little screen time among the rest of the show’s embarrassment of visual riches.

Read More: Every Episode of ‘Rick and Morty,’ Ranked

“Rick and Morty” always gets credit as a smart dumb show — it even branded itself as such in the Season 3 trailer. But that high-brow/low-brow balance often overshadows what this show can do with some pretty disparate emotions. The immediate swing from the legitimate, unironic sincerity of Jerry and Beth’s reunion to an Oval Office bloodbath would feel like the series showing off if both weren’t so individually affecting.

And it’s again the tiny background elements of these wildly diverging scenes that elevate them. The idea that Jerry would have preserved his zen interior, even after his traumatic, failed interspecies soul bond from last week, shows how willing he is to oblige the changes in his life that he has no control over. As Rick stands in the middle of the havoc he’s wreaked in front of the Resolute Desk, all you need to know is summed up in that mortified Secret Service agent just over his shoulder, with arms shaking as he takes aim with a pistol.

Up next: Some thoughts on Beth, “instant death” and our grade for the season finale

Page 1 of 2
Continue Reading: ‘Rick and Morty’ Review: Action-Packed ‘The Rickchurian Mortydate’ Bids Goodbye to Season 3 with a Wink and a Smile