When people love a TV show, it's usually a good thing. But like the case of this weekend's dash for "Rick & Morty"-style Szechuan sauce at McDonald's, things can go awry. 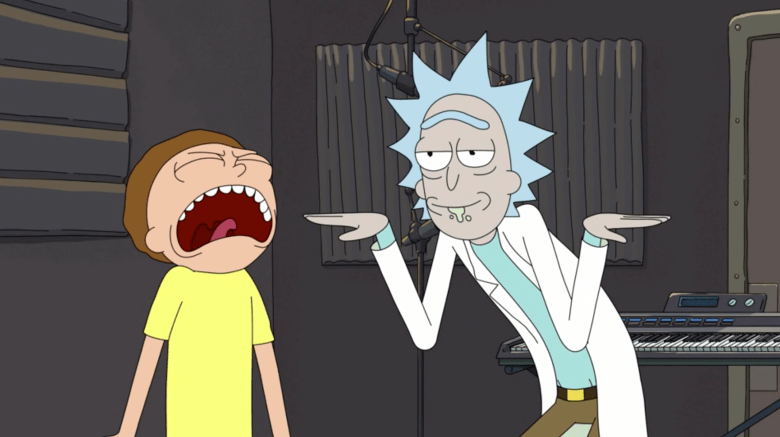 For years, Vince Gilligan has had a simple message for fans of “Breaking Bad”: Please stop throwing pizzas on Walter White’s roof.

Unfortunately, fans have refused to listen to the show’s creator when playing tourist in Albuquerque, visiting key locations like the suburban house used as an exterior for the White family home. Instead, they’ve chosen to pay tribute to the Season 3 episode “Caballo Sin Nombre,” when a frustrated Walter (Bryan Cranston), attempting to make peace with his estranged family, tosses the large pizza he’s brought for dinner on the roof before storming off.

The “Breaking Bad” diehards are bringing their own pizzas to the house and hurling them up, much to the chagrin of current home owner Joanne Quintana. The Albuquerque resident is currently building a six-foot-high metal fence to keep fans out and keep her home safe. “We don’t want to gate ourselves in,” Quintana told local Albuquerque station KOB4. “We’re the ones who’s being locked up. We did nothing wrong.” Such is the dark side of fandom, that ephemeral force born of communities surrounding pretty much anything which might inspire our interest. Sports teams have fandoms. Musicians have fandoms. And of course, film and television is rich with them.

Creators have often had love-hate relationships with their more passionate fans in the digital age. As far back as 2002, Aaron Sorkin devoted an entire subplot on “The West Wing” to mocking online fans of his show. More often than not, fandom can be relatively harmless — in fact, it can often be a force for good, bringing people together with their passion for some thing they love. The power of fandom has driven charity initiatives driven by both stars and fans themselves, such as the organization Cancer Gets Lost, which “Lost” superfan Jo Garfein created as a way to raise money and awareness for cancer research.

However, that same passion can sometimes get twisted to an embarrassing degree. Last weekend, a number of McDonald’s employees had Very Bad Days thanks to a limited-time promotion inspired by the online fervor surrounding Szechuan sauce. A reference in the “Rick and Morty” Season 3 premiere to the 1998-era dipping sauce inspired a good-natured back-and-forth between “Rick and Morty” co-creator Justin Roiland and the fast food chain, resulting in Roiland receiving a special package from McDonald’s containing some of the sauce.

On Saturday, several McDonalds across the country were set to distribute Szechuan sauce, but massive lines and unruly crowds led to full-on mob scenes, as documented on YouTube. In one much-shared clip, a potential patron jumped on the counter, screaming, “I’m Pickle Rick!”

McDonald’s has responded to the events of Saturday by promising that the sauce will be available on a much wider basis later this year. But co-creator Dan Harmon, prior to the promotion, told Polygon that he, Roiland and Adult Swim were not involved in the promotion. Said Harmon: “I don’t see anything wrong with what they’re doing and clearly neither does their legal department.”

A few days later, though, he made a joke about how poorly it went for McDonalds:

Yes can I get a McBlatantly Unlicensed Integration Meal done not well, hold the permission, extra awkward

Which was not well-received by his followers:

Hey me again, I wanted the chuckle about a corporate fumble and got 50 teenagers arguing whether my joke is allowed, definitely not my order

FYI: We had nothing to do with this McDonald's stuff. Not happy w/how this was handled. Please be cool to the employees it's not their fault

“Rick and Morty” and “Breaking Bad” tend to come up in conversation together for another reason beyond the intensity of their respective fanbases, as they share a problem similar to “Mad Men,” “The Sopranos,” and many other shows from a very specific era of television, when the male anti-hero reigned supreme.

These stories were not exactly meant to celebrate men behaving badly — while Don Draper (Jon Hamm) might have seemed like “the man” at times, he was also a deeply broken individual whose journey to inner peace only came after a number of destructive and self-destructive incidents. With “Rick and Morty,” there are many fans who seem to admire (just as they did during Don Draper’s day) Rick Sanchez’s anarchic rule-breaking behavior. But while Rick may have a cool portal gun and a lot of brains, he’s also, well, a dick. And unfortunately, fandom has a bad habit of overlooking the more dick-ish side of these anti-heroes, even though their dickishness is a central part of the story being told by these creators.

Take the “Breaking Bad” pizza-tossing, which might seem like a fun reference to an iconic moment from the show. But unpack the scene: The reason Walter throws the pizza on the roof is because he’s been kicked out of the house by Skyler (Anna Gunn) after she’s learned about his meth business.

This is not a hero moment for the character. This is a man ignoring his wife’s wishes and invading her space in a petulant way (not for the last time — at the end of the episode, he breaks back into the house after discovering that she’s changed the locks). This is not behavior to emulate.

But sometimes fandom can be blinding in this respect. After all, no one wants to think the worst of someone — or something — they love.

This Article is related to: Television and tagged Breaking Bad, Dan Harmon, Rick and Morty