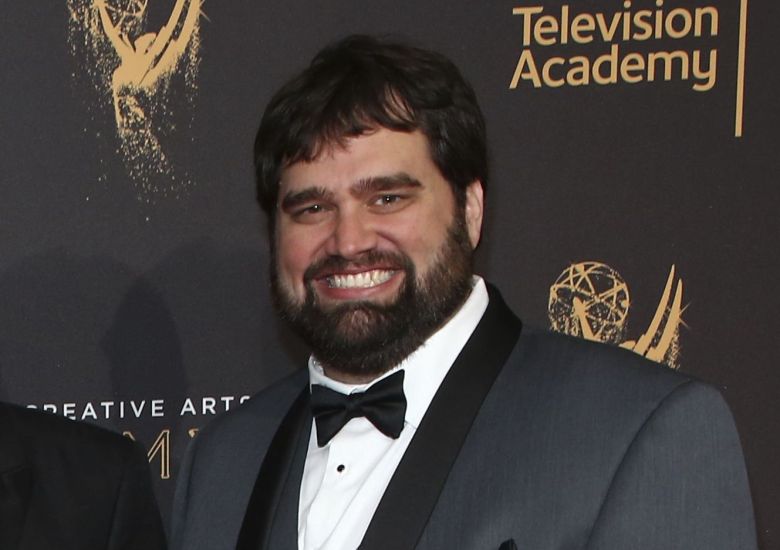 “We’ll be approaching some semblance of normalcy slowly,” said Starr. “I think we all agree that it would feel fake if tomorrow we just gave you a ‘Geostorm’ review.”

“This was news that was a shock to all of us,” Murrell said in the video, while Rudnick called it a “gut punch.” Murrell continued, “Andy was — I think for everyone here — not just our boss but someone that we counted as a friend. And we found out overnight that he was not the person that we knew or that we thought he was…We’d be lying to say that Andy wasn’t a big part of ScreenJunkies, but Andy is not ScreenJunkies.”

Besides meeting with parent company DEFY Media to establish new company policies such as a code of conduct for fan interaction and creator-driven advocacy initiatives — outlined in the statement below from DEFY CEO Matt Diamond — Murrell said they spent their sudden hiatus asking “some very serious questions on our own about what do we do, what can we do, do we even want to come back?” Cornet addressed what Defy Media admitted in its Oct. 8 statement announcing Signore’s dismissal: accusers had brought their concerns to human resources months ago, and the investigation launched in August did not include Signore’s suspension. “We are aware that in addition to the horrific betrayal of trust to the community that we really do love and care about, there were serious questions about how Defy handled — DEFY HR in particular — handled the women who came forward and their cases,” she said. “And we took that very, very seriously,” adding that a third party will now investigate the events and make recommendations to avoid similar situations in the future. All ScreenJunkies will also receive sexual harassment training, Gilbert said, not just managers. Signore also served as the senior vice president of content for Defy; his Twitter bio has not been amended.

External changes are also in the works. “I think ‘Honest Trailers’ is going to continue until the entropic heat death of the universe, it’ll always be around as long as ScreenJunkies is around,” said Gilbert. “The rest of the stuff, we’re figuring it out,” although fans can already expect the first couple episodes of “ScreenJunkies News” to be “different in tone and have some conversations in public that we’ve been having in private.”

Murrell said he’s dedicated to “help make this a community that is more accepting,” in real life and in the comments section. “We want this to be a place for movie fans to come and talk about movies and learn and grow and have their love of film appreciated and nurtured and not yelled at,” he said. “There were some things we did that invited divisiveness, and that invited argument” — he did not elaborate — “and that’s not what we want.”

Everyone nodded as Murrell implored ScreenJunkies’ 6.2 million subscribers to “return that support tenfold to every woman whose been brave enough to come forward and share her story…not just about Andy, but anyone who shares a story about anybody.”

The video found multiple ScreenJunkies personalities presenting a united, occasionally-candid front to delineate corporate reforms and say that they believe the accusers. Notably, this strategy was far more effective than Alamo Drafthouse founder Tim League’s response last month, when Pajiba notified the public that he’d rehired Devin Faraci. The former Birth.Movies.Death editor-in-chief resigned for sexual assault in October 2016, and League missed the opportunity to be forthright about inviting Faraci back within four months, in what was originally a copywriting capacity.

League posted a public Facebook statement on Sept. 12: “Seeing the work that Devin has been doing to acknowledge his faults, to address his addiction, and to better himself, I thought it was important to contribute to his recovery process by helping him with some means to earn a living.” That response was derided in a slew of comments for showing Faraci more compassion than his reported victims. After Faraci once again resigned, League wrote in another Facebook statement three days later, “I’ve realized that decisions I have made over these past months have been problematic,” but failed to outline corrective measures beyond meeting with his staffers across the country.

Still in that very same month, it was revealed that League knew in 1999 or 2000 that a woman he would later employ at his company’s Austin headquarters, Jasmine Baker, had recently been allegedly sexually assaulted by Aint It Cool News founder Harry Knowles on the property, but League did nothing. More Knowles accusers came forward, and Knowles pledged to depart his site — at least temporarily — on Sept. 26, the day League issued a third apology, which mentioned plans for a new board of directors.

The last few weeks have found a whirlwind of accusations within the film community and beyond it, as countless women have been speaking out around the world about sexual harassment. As these scandals continue to unfold in the public eye, institutions are struggling with finding the right words to acknowledge wrongdoings, ignorance and complicity as they chart paths forward. Ultimately, there may be no “right” way to handle these situations — but there’s no question that each attempt to do so only further complicates a very significant cultural dialogue that seems unlikely to stop anytime soon.

Watch the entire ScreenJunkies video below.