The Netflix series, like so many others, has a problem with the "Smurfette principle," but there's an easy solution to subverting it in the future. 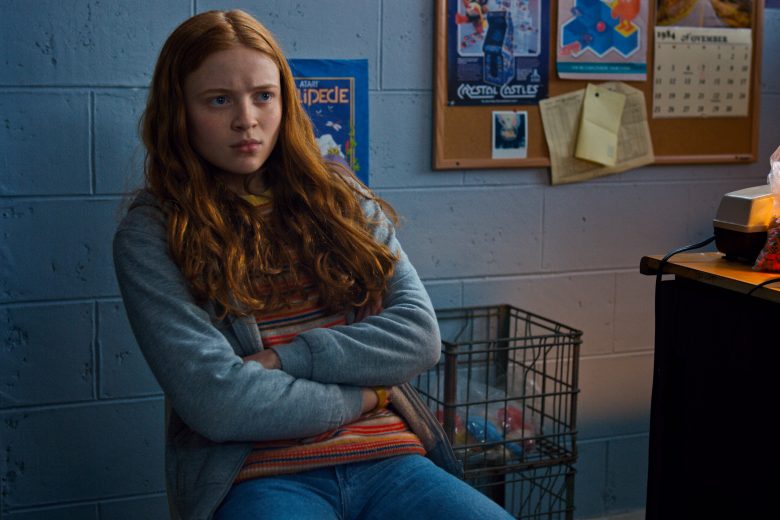 In the first season of “Stranger Things,” the quartet of young men (“the party,” to use the parlance of Dungeons and Dragons) is clearly a direct homage to the show’s love of Stephen King (many of King’s narratives revolve around similar friend groups). But it’s the addition of Eleven to the group — the “mage,” as Mike likes to refer to her — that aligns the show with an even more common trope.

Nearly any child of the ’80s and ’90s will fondly remember, as a part of their youth, watching cartoons. And for boys, there was a lot of fun to be had in identifying with certain characters. You could be a “Teenage Mutant Ninja Turtles” fan, but more intellectual types might consider themselves to be Donatello, while a more rebellious boy might prefer to don the red eye mask of Raphael.

Meanwhile, if you were a girl looking to identify with a female character on “Teenage Mutant Ninja Turtles,” your options were April O’Neal…and that’s it. Same with countless other shows marketed to kids at that time, which more often than not adhered to a concept writer Katha Pollitt once defined as the Smurfette Principle.

The Smurfette Principle is something that consciously or unconsciously every female consumer of pop culture has grown up keenly aware of, the attitude that not only is the presence of more than one woman on screen unnecessary, but being “the girl” is often the only character trait that character will require. If she’s lucky, she gets to participate fully in the action; otherwise, she’s strictly regulated to sidekick status. While the term was obviously drawn from the animated series “The Smurfs,” it has been an enduring element of many films and TV shows, representing an attitude which still persists within modern day pop culture. Sometimes, there have been exceptions to the Smurfette Principle. The “He-Man” spinoff series “She-Ra: Princess of Power” featured a number of female characters beyond the titular Princess of Power, while “Muppet Babies” featured not just Miss Piggy, but a second female character, Skeeter. The two of them lived in the nursery alongside the six male main characters, making the ratio of male to female characters 3:1 — not bad for that particular decade.

But really, even the most progressive of series have had a hard time with gender parity on screen. For example, there has never been a “Star Trek” series with a majority-female series regular cast: “Discovery” may star Sonequa Martin-Green, but Mary Wiseman is the only other regular, as Michelle Yeoh has so far only appeared in the first two episodes. And while “Voyager” was commanded by a female captain, only two of her officers were women, while the other five were men.

(As a reminder: Women represent approximately 50 percent of the population on the planet. Where does television think we all went?)

While the first season of “Stranger Things” did feature interesting female characters beyond Eleven — Joyce (Winona Ryder) proved herself to have a real spine, while Nancy (Natalia Dyer) proved herself to be handy with a shotgun — it was really a show about Eleven and the boys. It was almost more like they were her sidekicks rather than the other way around, but Eleven was also still coming out of her shell after her early life as a lab rat, which didn’t give her much opportunity to reveal an actual personality. Her bond with Mike gave her disappearance at the end of Season 1 some emotional heft, but not only was there little doubt that she’d return, but who Eleven actually was as a person honestly lacked definition.

Then, at the beginning of Season 2, “Stranger Things” seemed to firmly reinforce the Smurfette principle by introducing a new girl sidekick to fill the void (temporarily) created by Eleven’s absence. Max (Sadie Sink) bursts into the boys’ lives on a skateboard, beating their high scores and reluctantly joining up with their trick-or-treating. She doesn’t have superpowers, but she does become a part of the group, albeit reluctantly in the case of Mike, who misses Eleven.

Mike seeks to exclude Max from his party because he doesn’t think there’s a role for her in it — after all, he explains to her in Episode 3, Eleven is already their “mage” (another D&D term) and while he believe that Eleven has “moved away,” he’s still not ready to acknowledge that she’s really gone. But what he may actually be reacting to is the social conditioning he’s received from pop culture, the idea that there’s only room for one girl in any particular group of adventurers. Not only that, but as Eleven spies on them in the gym, her jealousy inspires her to knock Max off her skateboard. Mike and Eleven, by the end of the season, are clearly more than just friends, but while the jealousy Eleven experiences here could be seen as strictly romantic, Mike and Max are barely flirting in that scene. What matters is that Max is able to be there when Eleven isn’t, putting Eleven in danger of being replaced.

This carries through to the season finale, when Eleven and Max officially meet for the first time… well, sort of. Max tries to introduce herself, and Eleven brushes her aside.

Eleven hasn’t grown up watching the same cartoons Mike has, but the fact that her relationship with Max is immediately rooted in rivalry is very telling. As comedian Lane Moore astutely pointed out on Twitter last year, after seeing a subway ad for “Now You See Me 2”:

man where did women get this idea that they're all competing for one slot lol women are so random pic.twitter.com/zrTE2qQehy

Women are 50 percent of the population and we’re lucky if there are three of us on screen at the same time. (No wonder the 2016 “Ghostbusters” nearly destroyed the planet.) But on the plus side, “Stranger Things” does seem conscious of this. While “the party” does adhere to the Smurfette principle, the stage is set to subvert it for Season 3 — simply by letting Eleven and Max actually become friends.

And yes, hopefully in Season 3 Erica gets to join the gang, too.

A fully developed friendship between the girls would be a lovely thing to see; both are smart and capable young women who have dealt and/or are still dealing with abusive familial relationships, and it’s not hard to imagine a bond forming, should the show choose to allow it.

It’s notable that all of Nancy’s major interactions in Season 2 are with boys; perhaps she’s still grieving Barb, but neither she or Joyce seem to have any female friendships in their lives beyond each other. Still, there’s room for optimism that as the story continues, the Duffer brothers will find room in between the demodog-fighting to prove that not only can girls be represented on an equal level with boys, but they don’t have to be rivals.