Bryan Cranston introduces us to the actual superheroes in charge of making the stop-motion Crackle series. 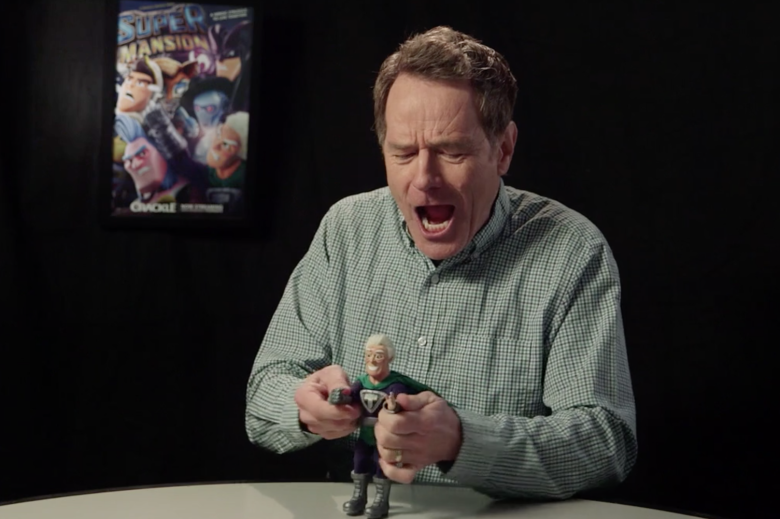 Crackle’s stop-motion animation comedy, “SuperMansion,” stands out as unique in the television landscape, as very few animated shows blend cutting-edge technology with old-school stop-motion techniques in quite the same way.

For a glimpse as to how they make it happen, Crackle has released the below exclusive look, hosted by executive producer Bryan Cranston (who also voices superhero Titanium Rex), at the many cogs in the “SuperMansion” machine.

This includes a tour of the sets, a meet-and-greet with the puppet designers, and even a look at how individual costumes are handcrafted, while a 3-D printer is used to fabricate the artist’s designs for each tangible, miniature character.

Stoopid Buddy Studios co-creator Seth Green also joins Cranston on set to talk about the intricate production of “SuperMansion” and his role as executive producer. “The difference between being an actor and producing is immeasurable,” he recounts.

Stop-motion animation is not an easy feat to accomplish (just ask Ben Wyatt). But it certainly helps to have talented folks involved, such as seasoned performers Keegan-Michael Key, Chris Pine, and Jillian Bell. In fact, Key and Pine both received Emmy nominations for their “SuperMansion” voice acting in 2016.

A new special episode, “SuperMansion: Drag Me to Halloween,” is streaming now on Crackle, featuring guest stars Lake Bell and Phil LaMarr. Check out the full behind-the-scenes video below:

This Article is related to: Television and tagged Bryan Cranston, Seth Green, SuperMansion