Under pressure from its members, the Academy board of governors after a long debate Saturday decided to revoke Harvey Weinstein's membership. 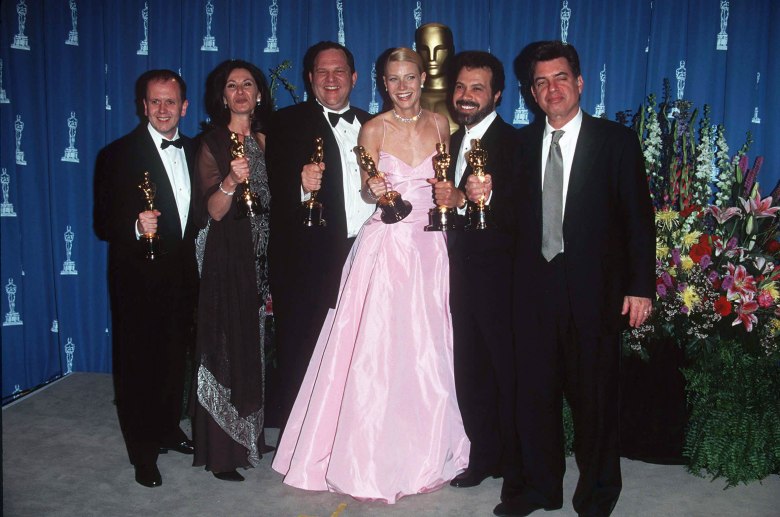 The board of governors of the Academy of Motion Picture Arts and Sciences met Saturday morning for more than two hours to determine whether or not Harvey Weinstein should remain a member of the Tiffany organization that exists to promote the art of motion pictures. This breaks with tradition, as in 90 years the Academy has only revoked membership once, for a movie pirate who broke its rules.

The Academy of Motion Picture Arts and Sciences Board of Governors met today to discuss the allegations against Harvey Weinstein, and has voted well in excess of the required two-thirds majority to immediately expel him from the Academy. We do so not simply to separate ourselves from someone who does not merit the respect of his colleagues but also to send a message that the era of willful ignorance and shameful complicity in sexually predatory behavior and workplace harassment in our industry is over. What’s at issue here is a deeply troubling problem that has no place in our society. The Board continues to work to establish ethical standards of conduct that all Academy members will be expected to exemplify.

Historically the Academy has chosen to reward the artistry of its members such as Roman Polanski, who pled guilty to statutory rape and escaped serving more jail time into exile in Europe, but nonetheless won a directing Oscar for “The Pianist.” Scandal-plagued Mel Gibson was welcomed back into the fold with a directing nomination for war movie “Hacksaw Ridge.” Some have suggested that expelling Weinstein would lead to a slippery slope with calls for ousting the likes of Bill Cosby and Stephen Collins.

But the Academy came under pressure from its membership and others to do something about Weinstein, the alleged sexual harasser, abuser and rapist, who this week was fired from The Weinstein Co. he founded, denounced by his own brother, and landed on the cover of Time. More than 30 women have accused him of mishandling them in some way, according to incendiary reports in The New York Times, The New Yorker and other outlets.

More women than ever before (38 percent) are on the Academy board of governors, including Kimberly Peirce, Whoopi Goldberg and Kathleen Kennedy.

This Article is related to: Awards and tagged Academy Of Motion Picture Arts and Sciences, Harvey Weinstein, The Oscars, The Weinstein Co.