It's like someone closed their eyes, grabbed two random DVDs off of a bargain rack, and edited them into an almost-coherent thriller. 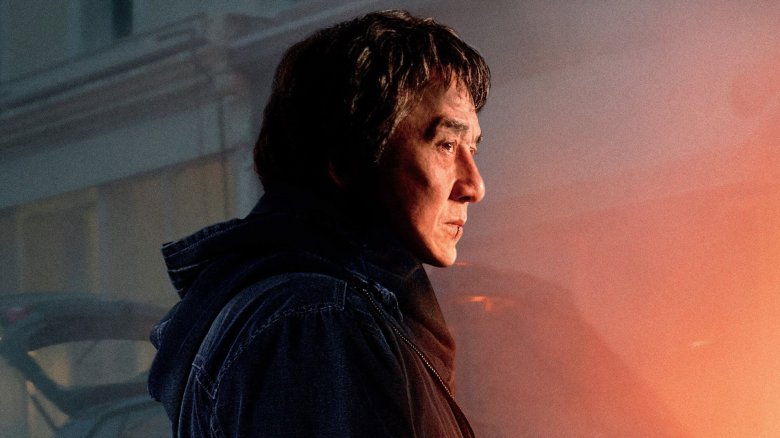 “The Foreigner” is a twisty political thriller about an deputy minister (Pierce Brosnan) who’s plotting to pardon some imprisoned IRA fighters without reigniting the Troubles. “The Foreigner” is also a revenge saga in which Jackie Chan plays a Vietnamese (?) explosives expert who’s obsessively determined to identify and eliminate the bombers who blew up his teenage daughter. Believe it or not, those two narratives don’t really complement one another all that well. It turns out there might be a good reason why no one’s ever watched “In the Name of the Father” and thought to themselves: “You know what that movie was missing? Jackie Chan.”

On paper, it almost makes sense why someone would try to sandwich these very different storylines together — immigrants, so often assumed to be the perpetrators of domestic terrorism, are often the most overlooked of its casualties. And it’s possible this mash-up feels more organic in “The Chinaman,” the boldly titled 1992 Stephen Leather novel on which the film is based (Chan’s role isn’t Chinese in that version either, the point being that the self-absorbed bad guys couldn’t care any less). On screen, however, it’s like someone closed their eyes, grabbed two random DVDs off the bargain rack at a gas station, and cut them together into a reasonably coherent 114-minute whatever. The two plot strands are ostensibly linked by an act of indiscriminate violence, but they’re so clumsily threaded together that it just calls attention to the stitch-work.

“The Foreigner” begins with a bang, setting itself up as yet another in a seemingly endless line of shameless “Taken” ripoffs (and that’s perfectly fine, because “Taken” is definitely a movie that’s missing Jackie Chan). Ngoc Minh Quan (Jackie Chan!) picks up his teenage daughter from her school in central London and begins driving through town with such paranoia burned into his eyes that it’s almost as if he can see the camera lingering on the scene for a few beats too long. The girl pops into a store to buy a prom dress, a bomb swallows her in fire, and Quan suddenly finds himself with a new purpose in life. That’s bad news for the young ruffians responsible for the attack, because Quan — wouldn’t you know it — has a very special set of skills. It doesn’t really matter where he learned them, or against which side of the Vietnam War he ultimately put them to use. All that matters is that he still remembers his training. And when Quan sees Liam Hennessy (Brosnan) lamenting his IRA indiscretions on TV, he decides the politician is probably hiding a few secrets.

And he is. In fact, he’s hiding so many secrets — and so many secrets are being hid from him — that his political situation quickly becomes the focal point of the film. Brosnan has aged into a gray-bearded character actor who’s as good at being shady as he ever was at being suave; Hennessy may be thinly written, but he sure is fun to watch. It’s been a long time since he last teamed up with Martin Campbell, but the “Goldeneye” director still has a keen sense of Brosnan’s underlying menace. So much of this movie is sustained by the twitch of the ex-Bond’s left eyelid, which Campbell cuts to every time Hennessy is reminded that an unreasonable Vietnamese Rambo has embedded himself in the woods at the end of the driveway.

It’s easy for us to appreciate why Hennessy is so annoyed: Every time things threaten to get interesting, Jackie Chan randomly blows something up. It’s hard for a movie to maintain its momentum when one of the most iconic stars of the last 35 years keeps detonating minor characters. Imagine how distracting it would be if Jackie Chan popped up in the middle of “Jerry Maguire” with some fresh Semtex for Jay Mohr? Or, in “The Big Sick,” if Jackie Chan bombed Kumail Nanjiani while Kumail Nanjiani was doing some bombing of his own? Yes, the pretense in “The Foreigner” is a little more forgiving than that, but every time Chan shows up it feels like he got lost on the set of another film. Even in a thriller that brazenly superimposes 20th Century political tensions over the Brexit era as though the world hasn’t changed in the last 25 years, Chan’s presence is still pretty jarring. Chan, on the other hand, really hasn’t changed all that much in the last 25 years. He’s not quite as nimble as he used to be (though Campbell gives him one delightfully claustrophobic brawl for old time’s sake), but he’s still larger than life. He doesn’t really do subplots, and —  even in a film that wasn’t almost entirely funded by Chinese money — trying to contain him to one would be as futile as trying to beat him in a fistfight. London is one of the most diverse cities on the planet, and there’s no reason why a movie set in such a melting pot should feel so unnatural, but screenwriter David Marconi isn’t able to draw a dramatically satisfying connection between Hennessy and Quan, and Chan’s outsized screen persona only further upsets the balance.

As misjudged as the film may be, however, Campbell is far too competent a director to make something completely without merit (even “Green Lantern” has its charms). “The Foreigner” bumbles forward with the brainless fun of an airport paperback, the kind you might leave in your seat rather than bother to bring home. The entire cast shares Chan’s commitment, ensuring that even the most marginal characters leave an impression.

And yet, this strange hodgepodge fails what might be its most crucial test. In these uneasy times, you need a damn good reason to fake vivid acts of terrorism around modern-day London; ISIS doesn’t get to dictate the details of our entertainment, but that also doesn’t mean you can blow up a double-decker bus in a movie without sending out a few shockwaves. Watching something like this, your get tells you whether or not a piece of entertainment is good enough to earn its imagery. “The Foreigner” may have been shot before the most recent rash of violence, but it’s still too disposable to be this disturbing.

“The Foreigner” opens in theaters on Friday, October 13th.

This Article is related to: Film and tagged Jackie Chan, Pierce Brosnan, Reviews, The Foreigner