Bryan Singer can't recapture his "X-Men" magic in "The Gifted," a basic superhero story that unwraps nothing new in its first hour. 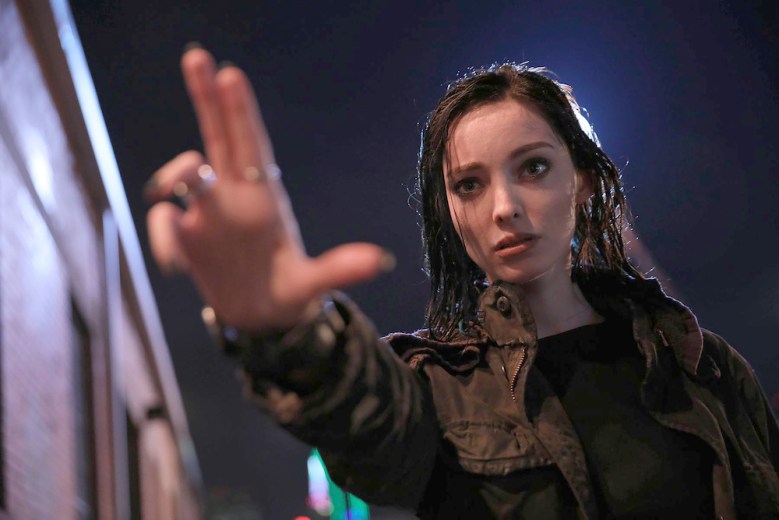 Perhaps the main issue with “The Gifted” is the same one facing most TV spinoffs of bigger properties: It feels like “X-Men”-lite.

Despite solid direction from Bryan Singer, who first successfully brought Wolverine, Cyclops, and Storm to the big screen in 2000, and above-average dialogue from creator Matt Nix, the pilot episode of Fox’s new superhero side story still comes across like it’s trying to be bigger than it really is, while simultaneously feeling far too familiar.

“The Gifted” tells two stories that soon merge into one. First up, there’s a group of rebellious mutants on the run from a government that wants to take them off the streets. They’re members of the aptly titled Mutant Underground, an organization living in the shadows that came to be after the X-Men disappeared and the laws restricting mutant rights “got bad.” Marcos (Sean Teale) is their de facto leader, a hot-head with a hot hand (literally) who has coupled up with Lorna (Emma Dumont) and leads a team tracking a new recruit: Clarice (Jamie Chung), who’s also on the run from the cops all by herself. Reed Strucker (Stephen Moyer), the district attorney for 15 years who specializes in prosecuting mutant-related felons, introduces us to storyline No. 2: the Strucker family. Reed may spend his days interrogating captured mutants, but he’s about to encounter conflicting interests at home. His kids (both around junior high age) are having trouble in school; mainly Andy (Percy Hynes White), who’s being bullied for undisclosed reasons. His popular sister, Lauren (Natalie Alyn Lind), wants to help him, but she’s got a secret herself, and their mother, Kate (Amy Acker), is only about to discover what’s been going on.

If you haven’t seen the previews, perhaps you’re still in the dark as to what might be haunting these kids’ otherwise normal adolescence. But your first guess won’t be far off. The show lurches a bit in shifting between these two plots — the action-oriented adult material and some cliched bits of teen melodrama — but grounded back-and-forths paired with solid direction from Singer nearly save it. What really damns “The Gifted” to mediocrity is comparisons: It just can’t live up to what we’ve seen before, especially that other “X-Men” series.

“Legion” avoided overfamiliarity by drilling down on two key elements: First, Noah Hawley honed his unique characters to be as alluring in their unique qualities as they were for what made them universally relatable. The premiere episode is a love story between two people who can’t touch each other; moreover, it introduces people like Lenny (Aubrey Plaza), a patient so kooky and devilish audiences are immediately drawn to her head-bobbing, shit-talking presence. That the first hour of “Legion” is a mind-blowing structural experiment certainly helps drive interest (you really have to focus to pick up on everything going on), but that attention is rewarded because of point No. 2: The pilot is freaking gorgeous. Hawley wrote and directed the first episode, “Chapter 1,” and it’s hard to imagine such meticulous craftsmanship matching up any other way. From the dialogue-free, montage introduction of David (Dan Stevens) to the lengthy one-takes, to the camera-flipping climactic kiss, it was a story we hadn’t heard in a world we’d never seen.

This is not to say Singer does a poor job with “The Gifted.” Operating on a broadcast budget with network demands, this pilot looks and plays out far better than other recent Marvel TV adaptations. (For what it’s worth, Singer’s work, and the episode in general, are better than “The Defenders” introduction, too.) From the rain-soaked opening chase scene to a panicked run through a dimly lit warehouse, Singer feels right at home in a world he helped build 17 years prior.

And yet, that may be part of the problem. There’s some comfort in re-entering a pre-established universe (Marvel has been relying on that comfort throughout the aughts) and, supposedly, a bit of intrigue in meeting mutants with new abilities, but we’ve seen better versions of “The Gifted’ and its characters already — in terms of how they’re introduced as people and how their abilities translate to eye-catching visuals.

Though more definition will likely be given to each character’s powers in future episodes, Lorna comes across as a Lady Magneto, complete with a malicious glint in her eye that indicates she might eventually break bad. Lauren creates floating bubble wrap that usefully serves as a shield, but still looks… goofy. Marcos looks like he’s using a really bright iPhone flashlight, and his power is so obscure it requires two scenes of blunt exposition to explain that the light in his palm also produces heat. The best example of why “The Gifted” can’t stack up to “Legion” is seen in contrasting Andy and David. David is presented as a man who is lost. He thinks he’s crazy; he’s living in a mental hospital; his memories can’t be trusted, and his “abilities” might just be in his head.

That Andy is presented with no ambiguity whatsoever isn’t really the issue. He’s clearly powerful, like David, and unable to control that power when he gets emotional (not unlike David). He could very well grow into an “all-powerful mutant” a la David or Jean Grey — any number of the telekinetic beings who’ve come before him — but that’s far less exciting when we’ve seen it so many times before (and when there’s a better version of Andy’s story playing out on FX).

“The Gifted” does little to make you forget you’re watching a less ambitious version of an “X-Men” story. You can see the actors — all of the actors — straining to convey the emotional weight of their struggles, and it helps. Having people like Acker, Moyer, Dumont, and the generally strong cast push themselves to give the pilot more of an impact is a benefit that’ll carry into future episodes.

What needs to change (but likely won’t) is the feeling that we’ve seen this all before, on a bigger screen (like in “X-Men”) with better effects (“X-Men: First Class”) and fresher ideas (“Legion”). “The Gifted” should suffice for those wanting to relive the past, but these mutants don’t feel all that special.

This Article is related to: Television and tagged The Gifted, TV Reviews, X-Men