The Marvel series about a gun-toting vigilante was deemed not “appropriate” to participate because of the tragic timing. 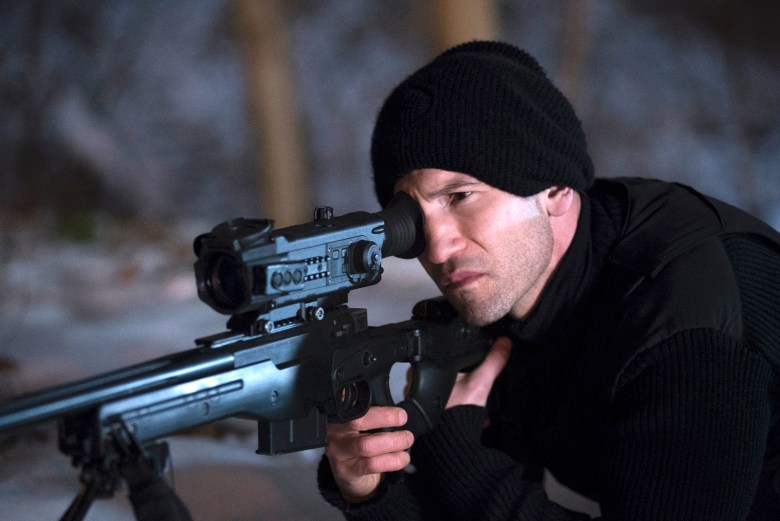 “Marvel’s The Punisher” is one of Netflix’s most anticipated series for the fall, but its big presence at New York Comic-Con will sadly not happen. The panel for the series has been pulled from its scheduled appearance this Saturday, Oct. 7, in the wake of the tragic mass shooting in Las Vegas earlier in the week, reports Deadline.

Marvel and Netflix released a joint statement on Wednesday about the decision:

“We are stunned and saddened by this week’s senseless act in Las Vegas. After careful consideration, Netflix and Marvel have decided it wouldn’t be appropriate for Marvel’s The Punisher to participate in New York Comic Con. Our thoughts continue to be with the victims and those affected by this tragedy.”

Starring Jon Bernthal as Frank Castle, “The Punisher” has been teased with footage alluding to a military side of the man whose wife and kids were murdered by the mob. Driven by a need for vengeance, Castle employs violent means and massive amounts of firepower to exact retribution. “The Punisher’s” release date has yet to be announced, but some had speculated that it would be revealed at New York Comic-Con.

On Oct. 1, a lone gunman opened fired on an outdoor country music festival on the Las Vegas Strip from the 32nd floor of the Mandalay Bay Resort and Casino. He ended up killing 58 people with over 500 injured. It’s the deadliest mass shooting by a lone gunman in U.S. history.

This Article is related to: Television and tagged Marvel's The Punisher, Netflix, New York Comic Con, The Punisher