"The Loving Story" filmmaker returns with another look at justice denied, deferred, and demanded. 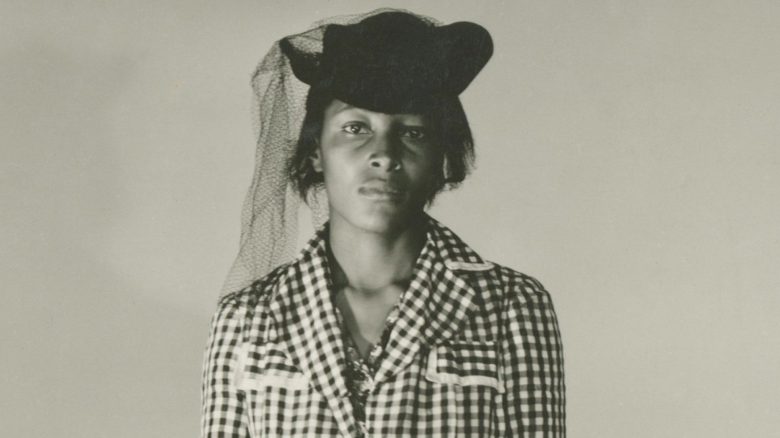 “The Rape of Recy Taylor”

On a quiet late summer night in tiny Abbeville, Alabama, a car full of young white men cruised the streets, searching. They were looking for a mark, Nancy Buirski’s wrenching documentary “The Rape of Recy Taylor” tells us, eventually settling on a trio of black neighbors walking home from evening church services. Recy Taylor, then just 24-years-old, a wife and mother to a nine-month-old, a local sharecropper with ties to the community, was one of them. The car’s passengers — seven of them, including the sons of some of the town’s most notable residents — took Taylor to a secluded stand of trees, forced her to strip naked, and then raped her. (One voiceover tells it plainly without the need for details: “What they did to her? They didn’t need to live.”)

Buirski’s latest documentary, a worthy companion to her lauded “The Loving Story,” tells Taylor’s story in expressive detail, aided by Buirski’s creative approach to pulling together material. Composed of vintage footage from the era, new interviews with Taylor’s loved ones and scholars alike, plus scenes from vintage race films (including a number from the prolific African American director Oscar Micheaux), “The Rape of Recy Taylor” works as both artifact and indictment. Bolstered further by a stirring soundtrack that includes Dinah Washington songs and traditional spirituals, Buirski’s film gives voice to Taylor and others like her, often letting their own art and word tell the story, hard as it may be to hear.

What’s most remarkable about Taylor is her immediate desire to bring her assailants to justice, literally running home to report them to her family and the authorities, a step few victims chose to take during the Jim Crow era. “She told everything she could tell. Everything,” one of Taylor’s residents tells Buirski (and us), emphasizing Taylor’s spirit, one that would be nearly broken by repeated violations carried out against her, all because of her audacity to speak out against the grave injustice inflicted on her. A church-going (and -loving) woman, Taylor’s reputation was the first thing to be damaged after she went to the authorities, with many people — including her assailants, some of which lived so close to her as to be literally in shouting distance — spreading the lie that she was a prostitute and working at the time of the crime. The firebombs came later.

Buirski’s film soon blooms outward to cover other women like Taylor who were dedicated to the pursuit of justice, including a young Rosa Parks, who repeatedly interviewed Taylor as part of her work for the NAACP, work she was doing long before the bus boycott that made her a household name. Even while pursuing Taylor’s truth, Parks was intimidated and threatened, and Taylor’s family members recall her being literally pulled from Taylor’s side during one of their latter interviews. The person doing the pulling? A local police officer.

That Taylor never got true justice is an essential part of her story, and “The Rape of Recy Taylor” painstakingly details the legal component of her battle, too. Buirski’s weaving together of material is most impactful in these mid-feature scenes, unspooling a rich and horrifying world that goes far beyond just Taylor’s experiences. Various talking heads go still further, owing what happened to Taylor and other African-American women of the time to an attitude born from the slavery-era belief that a black woman’s body didn’t belong to her (or even that black people were human). The scars from such racist thinking run deep, and “The Rape of Recy Taylor” doesn’t shy away from hammering that point home, repeatedly, wrenchingly.

Connections to current day situations, particularly as they apply to police brutality and crimes committed against minorities, are also brought to the fore, but the strength of Buirski’s film is in its restraint. The truth is horrific enough, but it must be told, and the clever and evocative construction of the documentary delivers it with the kind of respect that Taylor’s story demands.

“Where is the humanity?” one of Buirski’s contributors cries towards the end of the film, the full weight of Taylor’s tragedy finally coming down on her. Perhaps it’s here: in telling stories, in sharing the pain, in never forgetting. Or maybe it’s a final shot of Taylor herself, still alive, still here, still fighting, and unafraid to speak her truth for all to hear.

“The Rape of Recy Taylor” is playing at this year’s NYFF. It is currently seeking distribution.

This Article is related to: Film and tagged Nancy Buirski, NYFF, Reviews, The Rape of Recy Taylor