With the launch of "The Star" trailer, Sony Pictures Animation pins its holiday hopes on kid-friendly, animal hijinks. 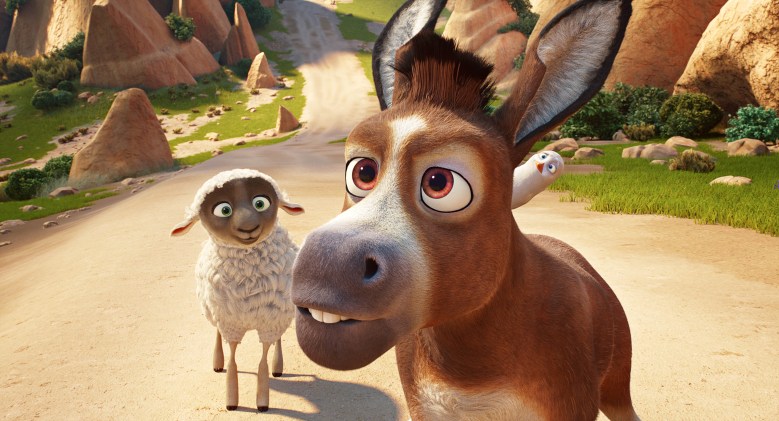 Sony Pictures Animation, which has fallen on hard times critically in recent years (though “The Emoji Movie” turned a profit and “Hotel Transylvania 2” had the biggest September opening of all time until “IT”
beat it last month), is pinning its holiday hopes on “The Star.” It’s a warmhearted retelling of the first Christmas from the point of view of the animals who become accidental heroes (opening November 17). The story revolves around Bo, the donkey (Yeun), Leah the horse (Clarkson), Ruth the sheep (Bryant), and Dave the dove (Key) stumbling into “The Greatest Story Ever Told” with some wisecracking camels and stable animals.

Directed by Timothy Reckart (the Oscar-nominated short, “Head Over Heels”), but outsourced to Cinesite Studios, there’s only a hint of charm and beauty. Let’s hope this isn’t a missed opportunity for Reckart’s feature debut, since he showed so much promise in his stop-motion short about a bittersweet, upside down marriage.

This Article is related to: Film and tagged Animation, Sony Pictures Animation, The Star